Environment protection act reduced to a travesty of their mandate 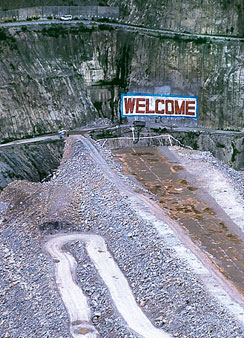 Since 1980 different pieces of legislations have been enacted for environmental conservation. These include the Forest (Conservation) Act (fca), 1980, the Environmental Protection Act (epa), 1986 and the Biological Diversity Act (bda), 2002. These have the potential to strengthen the conservation agenda. But they are at best being used to 'manage' some of the negative environmental impacts that a 9 per cent growth rate leaves behind.

The Union Ministry of Environment and Forests, which is supposed to administer the implementation of these acts, has turned itself into a clearing agency. Since 1980, the ministry has allowed the diversion of 1,140,176 ha of forest land for non-forest use under fca. Clearances for 3 11,220 ha--a quarter of all clearances since 1980--have been granted after 2003. Permission has been granted for roads, industries, dams, mines and other 'developmental' activities.

The environment ministry has been similarly magnanimous in granting clearances under epa. It has vetted 4,016 projects between 1986 and 2006. A much larger number of projects are being undertaken without requisite clearances.

The environment impact assessment (eia) notification of 1994 was intended to give teeth to epa. The notification made environmental clearances mandatory for developmental process. Public hearings become a mandatory part of the eia process in 1997. But all this hasn't helped matters. In fact in March 2005, the supreme court had to order the closure of all units operating without environmental clearance. But soon after, in July 2005, the environment ministry set into motion a process of seeking temporary working permissions and post-facto clearances through an amendment to the eia notification. Regular violators in mining and river valley projects continue to be awarded environment clearances.

eia procedures were overhauled in 2006. But none of the suggestions advanced by ngos and activists to improve the regulatory process and enhance its transparency, were included. Instead, the reforms focused on speedy clearances. And are projects monitored for environmental compliance after they are cleared? Rarely so. The omission is glaring in projects such as dams and mines where construction work goes on for more than a decade.

The environment ministry is responsible for this omission. It has logistical constrains all right. But these are also of the ministry's making: its generosity in clearing projects means that while the number of projects to be monitored has been escalating, the actual task of regular monitoring has become a logistical impossibility. In fact, the northern region office of the ministry at Chandigarh has recently stated in response to a Right to Information application that it barely manages to monitor projects once a year--it is supposed to monitor them on a half-yearly basis. The response also noted that the environment ministry has no protocol for monitoring projects and that it does not conduct surprise inspections.

The government has been similarly lackadaisical in implementing bda. This act requires foreign entities to secure permission of the National Biodiversity Authority to commercially exploit the country's biodiversity or to conduct research on it. Indians need to intimate state biodiversity boards for this purpose. Over 90 applications have been approved under the act, but there has been little push to implement clauses that mandate mechanisms to protect traditional knowledge. The government has also given short shrift to another requirement of the act: creating biodiversity management committees (bmcs) to secure local control over biodiversity.

Contrast this with the alacrity with which it has facilitated access to biodiversity for commercial use and research. Formats for agreements are ready and applications are processed speedily. Permissions have, in fact, already been granted to study the brinjal germplasm and hair and blood samples of the wild ass. But without bmcs, there is no cross checking with local communities about the consequences of such projects. The stage is therefore set for speedy clearances sans local opposition.