A significant portion of the project falls under dry deciduous biome along dry slopes of rivers. Ruthless harvesting can be perilious for biodiversity and regional ecology 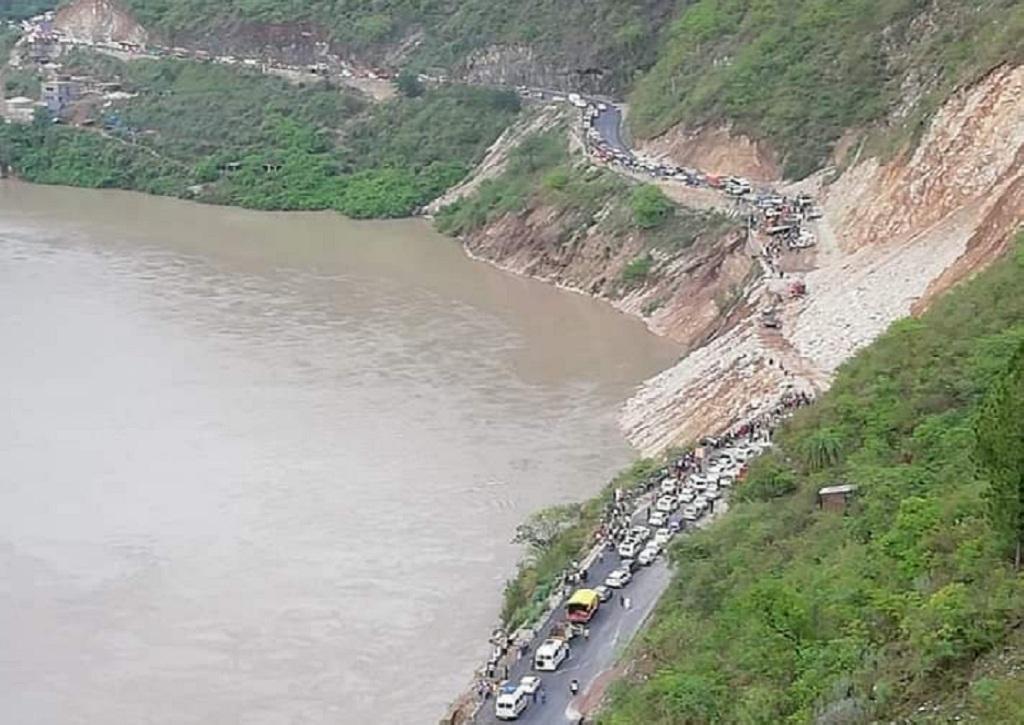 The Char-Dham Road Project is a prestigious two-lane expressway scheme being executed in the Himalayan state, Uttarakhand. The project proposes widening of roads up to 10 meters to improve the accessibility to Char-Dham (shrines); Yamunotri, Gangotri, Badrinath and Kedarnath.

A significant portion of the project area falls under the dry deciduous biome along the dry slopes of the rivers. Ruthless harvesting or uprooting of vegetation in the widening of roads can prove to be perilous for the biodiversity and regional ecology.

The existence of river slopes depends on the vegetal cover. These slopes become fragile for flush floods and landslides in the absence of vegetal cover. River-slope vegetation contributes to slope stability by increasing the resisting force in the form of root-cohesion; reduces the pore water pressure; reduces the weight of the soil mass by absorbing the moisture; reduces surface run-off; and intercepts rainfall.

Besides, river slopes act as conduits for species migration from low areas to mountains.

Grasses such as Apluda mutica, Heteropogon contortus, Thysolaena sp., and Eriophorum comosum can also be found.

Forest loss is among the major impacts of project — about 508.66 hectares of forest area would be diverted into the non-forestry purpose and 33,000-43,000 trees would be cut down to build roads.

The loss of forest will reduce the probability of maintaining effective reproductive units of plant and animal populations in the project zone.

Removal of roadside trees will lead to patch isolation, reduced canopy cover and decreased number of successful dispersers that can be devastating in community establishment and ecosystem functioning.

The road edge effect is a common ecological phenomenon that wraps wide areas and creates ecological pressures on nearby plant and animal communities.

Small mammals like rats, mice, squirrels and rabbits are common on road slopes and they may face challenges during the construction phase of the project viz habitat loss, poaching, etc. As small mammals manage the community structure of their predators, a slight population decline will augment the migration of predator species such as hawks, owls, jackals and foxes.

A big portion of the Char Dham road corridor falls within Chir Pine (Pinus roxburghii) forest zone. Chir pine is known for its high head-weight and the presence of this species in slopes increases landslide events in monsoon.

The prominent land sliding zones such as Sirobagar near Srinagar and Varunawat near Uttarkashi come under the Chir Pine area, which may be affected badly due to project activities.

Muck disposal is a big issue; there are insufficient muck-disposal sites that have been identified and a huge portion of muck is being dumped directly into rivers. High concentrations of suspended sediment directly kill river organisms and impair aquatic productivity.

Endangered Golden Mahseer (Tor putitora) fish present in the Ganga in Uttarakhand that migrates upstream towards small tributaries in the search of suitable spawning ground. A small increase in pollution load may create trouble for fish in catching their migratory path and finding food.

The occurrence of the otter was confirmed around Malysu and Papdasu near Rudraprayag and Byasghat near Devprayag. Otters are secretive and shy animals take sunbath and make dens at river banks. Dumping of mucks on river banks may disturb their daily activities and destroy their dens.

Fugitive dust emission during construction activities may influence the stomatal activities in plants. It can affect the yield of high-value cash crops such as Chili and tomato.

Dust can contaminate herbivores’ food by settling down on the food’s surface. Sambhar, Kakad, Goral and rabbit are common herbivores falling along in the project corridor and a direct intake of dust may affect these species through the disruption of endocrine function, organ injury, increased vulnerability to stresses and diseases and lower reproductive success.

Kalij Pheasant (Lophura leucomelanos), a schedule-I bird performs drumming noise with its wings before courtship (Randhawa, 1970), and it paybacks the male in attracting a female mate. High sound during the construction phase may hold drumming noise and disrupt the courtship process in Kalij pheasant.

Satyr tragopan migrates 1,000-2,000 metre lower elevation during the breeding season than they ordinarily live. The Char-Dham road corridor at its construction phase may act as a temporary physical barrier for Satyr tragopans due to their unobtrusive behaviour and can affect their breeding cycle.

Babula (Eriophorum comosum), a high-economic value grass, is found growing in crevices of rocks along the river’s slopes. This species is being used as animal feed and in making ropes and brooms.

A direct loss of this valuable species may force women to go tougher slopes to collect them; it can amplify the cases of women drudgery in the project area.

Otter (Lutra lutra) sleep for half their lives, which equates to 10 years of sleeping. Unremitting lofty sound during construction activities may reduce their sleeping hours that lead to several behavioral changes in the animal, including change in sexual behavior.

While there is no link between the Char Dham project and the recent glacier broken tragedy of Chamoli, indiscriminate blasting during road construction makes crakes in soil and rocks that may enhance the possibility of flash-flood in the future.

We need to develop a biodiversity management framework for Char Dham project that would be helpful to reinstate local biodiversity from adverse impacts of the project.