Despite industry rhetoric, hydroelectricity is high-cost and high-risk. There are better options for a post-pandemic recovery and a renewable energy future 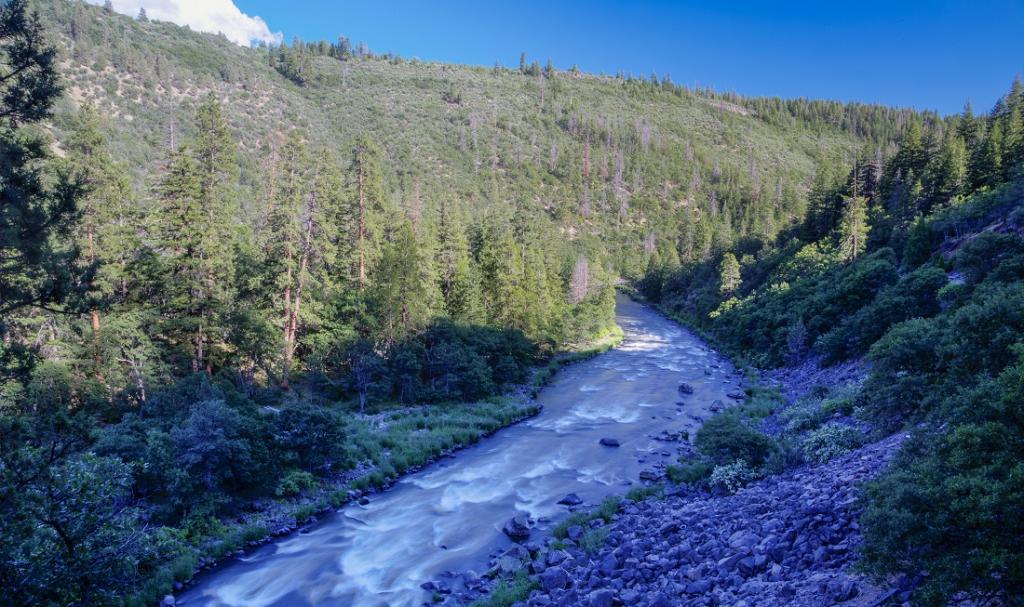 The Klamath river in the US Pacific Northwest on which, four aging dams will be removed. Photo: Wikimedia Commons

There’s some good news amidst the grim global pandemic: At long last, the world’s largest dam removal is finally happening.

The landmark agreement, which was finalised in November 2020 between farmers, tribes and dam owners, will finally bring down four aging, inefficient dams along the Klamath river in the US Pacific Northwest.

This is an important step in restoring historic salmon runs, which have drastically declined in recent years since the dams were constructed. It’s also an incredible win for the Karuk and Yurok tribes, who for untold generations have relied on the salmon runs for both sustenance and spiritual well-being.

The tribes, supported by environmental activists, led a decades-long effort to broker an agreement. They faced vehement opposition from some farmers and owners of lakeside properties, but in 2010, they managed what had seemed impossible: PacifiCorp, the operator of the dams, signed a dam removal agreement, along with 40 other signatories that included the tribes and the state governments of Oregon and California. Unfortunately, progress stalled for years when questions arose around who would pay for the dam removals.

The dam removal project is a sign of the decline of the hydroelectricity industry, whose fortunes have fallen as the troubling cost-benefit ratio of dams has become clear over the years. The rise of more cost-effective and sustainable energy sources (including wind and solar) has hastened this shift.

This is exactly the type of progress envisioned by the World Commission on Dams (WCD), a global multi-stakeholder body that was established by the World Bank and International Union for Conservation of Nature in 1998 to investigate the effectiveness and performance of large dams around the world.

The WCD released a damning landmark report in November 2000 on the enormous financial, environmental and human costs and the dismal performance of large dams.

The commission spent two years analysing the outcome of the trillions of dollars invested in dams, reviewing dozens of case studies and testimonies from over a thousand communities and individuals, before producing the report.

But despite this progress, we cannot take hydropower’s decline as inevitable. As governments around the world plan for a post-pandemic recovery, hydropower companies sense an opportunity.

The industry is eager to recast itself as climate-friendly (it’s not) and secure precious stimulus funds to revive its dying industry — at the expense of people, the environment and a truly just, green recovery.

The world’s largest hydropower dam removal project on the Klamath river is a significant win for tribal communities. But while the Yurok and Karuk tribes suffered terribly from the decline of the Klamath’s fisheries, they were by no means alone in that experience.

The environmental catastrophe that occurred along the Klamath river has been replicated all over the world since the global boom in hydropower construction began early in the 20th century.

The rush to dam rivers has had huge consequences. After decades of rampant construction, only 37 per cent of the world’s rivers remain free-flowing, according to one study. River fragmentation has decimated freshwater habitats and fish stocks, threatening food security for millions of the world’s most vulnerable people and hastening the decline of other myriad freshwater species, including mammals, birds and reptiles.

The communities that experienced the most harm from dams — whether in Asia, Latin America or Africa — often lacked political power and access. But that didn’t stop grassroots movements from organizing and growing to fight for their rights and livelihoods.

The people affected by dams began raising their voices, sharing their experiences and forging alliances across borders. By the 1990s, the public outcry against large dams had grown so loud that it finally led to the establishment of the WCD.

What the WCD found was stunning. While large dam projects had brought some economic benefits, they had also forcibly displaced an estimated 40-80 million people in the 20th century alone.

To put that number into perspective, it is more than the current population of present-day France or the United Kingdom. These people lost their lands and homes to dams and often with no compensation.

Subsequent research has compounded that finding. A paper published in Water Alternatives revealed that globally, more than 470 million people living downstream from large dams have faced significant impacts to their lives and livelihoods — much of it due to disruptions in water supply, which in turn harm the complex web of life that depends on healthy, free-flowing rivers.

The WCD’s findings, released in 2000, identified the importance of restoring rivers, compensating communities for their losses, and finding better energy alternatives to save rivers and ecosystems.

Twenty years after the WCD uncovered a crisis along the world’s rivers and recommended a new development path — one that advances community-driven development and protects freshwater resources — we find ourselves in the midst of another crisis. The global pandemic has hit us hard, with surging loss of life, unemployment and instability.

But as governments work to rebuild economies and create job opportunities in the coming years, we have a choice: Double down on the failed, outdated technologies that have harmed so many, or change course and use this transformative moment to rebuild our natural systems and uplift communities.

There are many reasons to fight for a green recovery. The climate is changing even faster than expected and some dams — especially those with reservoirs in hot climates — have been found to emit more greenhouse gases than a fossil fuel power plant. Other estimates have put global reservoirs’ human-made greenhouse gas emissions each year on par with Canada’s total emissions.

Meanwhile, we now understand that healthy rivers and freshwater ecosystems play a critical role in regulating and storing carbon. And at a time when biodiversity loss is soaring, anything we can do to restore habitat is key.

But with more than 3,700 major dams proposed or under construction in the world (primarily in the Global South, with over 500 of these in protected areas), according to a 2014 report — and the hydropower industry jockeying for scarce stimulus dollars — we must act urgently.

So what would a strong, resilient and equitable recovery look like in the 21st century? Let’s consider one example in Southeast Asia.

Running through six countries, the Mekong river is the world’s 12th-longest river, which is home to one of the world’s most biodiverse regions and includes the world’s largest inland fishery.

Around 80 per cent of the nearly 65 million people who live in the lower Mekong river basin depend on the river for their livelihoods, according to the Mekong River Commission. In 1994, Thailand built the Pak Mun dam on a Mekong tributary.

Six years later, the WCD studied the dam’s performance and submitted its conclusions and recommendations as part of its final report in 2000. According to the WCD report, the Pak Mun dam did not deliver the peaking energy service it was designed for, and it physically blocked a critical migration route for a range of fish species that migrated annually to breeding grounds upstream in the Mun river basin. Cut off from their customary habitat, fish stocks plummeted and so did the livelihoods of the local people.

But then a sign of hope appeared. In early 2020, just as the pandemic began to spread across the world, the Cambodian government reconsidered its plans to build more dams on the Mekong.

Studies show that Cambodia didn’t need to seek billions of dollars in loans to build more hydropower; instead, it could pursue more cost-effective solar and wind projects that would deliver needed electricity at a fraction of the cost — and without the ecological disasters to fisheries and the verdant Mekong delta.

And, in a stunning reversal, Cambodia listened to the science — and to the people — and announced a 10-year moratorium on mainstream dams. Cambodia is now reconsidering its energy mix, recognising that mainstream hydropower dams are too costly and undermine the economic and cultural values of its flagship river.

Toward a green recovery

Increasingly, governments, civil servants and the public at large are rethinking how we produce energy and are seeking to preserve and restore precious freshwater resources. Dam removals are increasing exponentially across North America and Europe, and movements advancing permanent river protection are growing across Latin America, Asia and Africa.

We must use the COVID-19 crisis to accelerate the trend. Rather than relying on old destructive technologies and industry claims of newfound “sustainable hydropower,” the world requires a new paradigm for an economic recovery that is rooted both in climate and economic justice as well as river stewardship.

Since December 2020, hundreds of groups and individuals from more than 80 countries have joined the Rivers4Recovery call for a better way forward for rivers and natural places.

This paradigm will protect our rivers as critical lifelines — supporting fisheries, biodiversity, water supply, food production, Indigenous peoples and diverse populations around the world — rather than damming and polluting them.

The promise of the Klamath dam removals is one of restoration — a move that finally recognizes the immense value of free-flowing rivers and the key role they play in nourishing both the world’s biodiversity and hundreds of millions of people.

Healthy rivers — connected to watershed forests, floodplains, wetlands and deltas — are key partners in building resilience in the face of an accelerating climate crisis. But if we allow the hydropower industry to succeed in its cynical grab for stimulus funds, we’ll only perpetuate the 20th century’s legacy of suffering and environmental degradation.

We must put our money where our values are. Twenty years ago, the WCD pointed the way forward to a model of development that takes humans, wildlife and the environment into account, and in 2020, we saw that vision flower along the Klamath river. It’s time to bring that promise of healing and restoration to more of the world’s rivers.

This article first appeared on Truthout and was produced in partnership with Earth | Food | Life, a project of the Independent Media Institute

Michael Simon was a member of the Hydropower Sustainability Assessment Forum

Darryl Knudsen is the executive director of International Rivers