The proposal to weaken policies for environmental protection with the Environmental Impact Assessment (EIA) draft, 2020, has resulted in widespread public concern 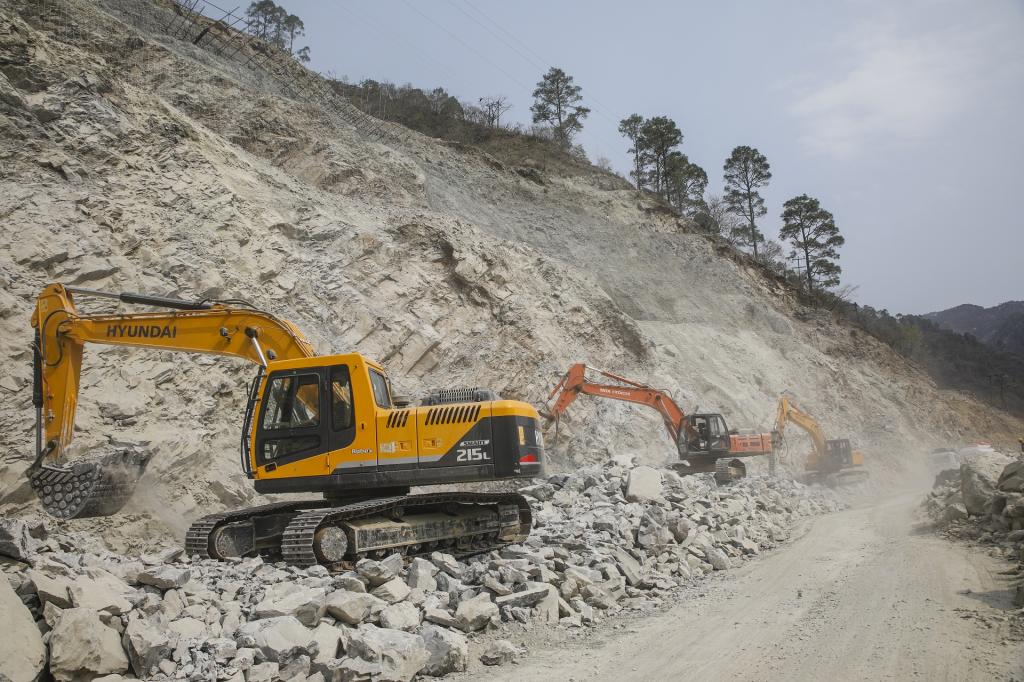 Climate change, environmental degradation, extinction of species and resource pollution are some of the biggest challenges of the century. The only way to combat these is through collective action from governments and people globally.

On this front, India committed to international initiatives like the Bonn Challenge, the Kyoto Protocol and the Paris Agreement. Climate change mitigation at the national level is primarily through efficient energy policies and afforestation, but key components for meeting these were strong and well-implemented laws.

Given the backdrop, the proposal to weaken policies for environmental protection with the Environmental Impact Assessment (EIA) draft 2020, resulted in widespread public concern. The United Nations Environment Program (UNEP) defined EIA as a tool to identify environmental, social and economic impacts of a project prior to decision-making.

The draft EIA notification, 2020, which will replace the 2006 notification, was introduced on March 23, 2020 by the Union Ministry of Environment, Forest and Climate Change. It aimed to bring about a number of changes to environmental governance in the country, which potentially compromise environmental safeguards while being pro-industry.

Fundamentally, the EIA draft goes against guidelines laid down by the Supreme Court of India and the National Green Tribunal (NGT), undermining the basic constitutional philosophies of the rule of law and co-operative federalism.

It also stands to endanger the fundamental right to a clean environment under the Right To Life. Contrary to the proposed changes, the need of the hour is to strengthen environmental regulations by improving the quality of baseline surveys, introducing a stronger system of checks and balances and making the process more transparent and inclusive for different stakeholders.

Natural environments globally provide services worth $44 trillion annually, according to a study by The Economics of Ecosystems and Biodiversity and UNEP in 2012. Due to their inherent complexity, however, ecosystems can be extremely difficult and disproportionately costly to recover after a significant disruption.

Aligned with this, the NGT designated the ‘precautionary principle’ to be among the basic tenets of environmental justice.

The provisions for post-facto clearance in the new draft allows industries to violate EIA norms first and seek a clean chit afterwards — contrary to the rule of law, according to the Supreme Court. A one-time amnesty protocol was developed in 2017 for projects that violated the rules under EIA 2006 and these were to be remedied through compensation or penalties.

LG Polymers India Pvt Ltd — in whose plant in Visakhapatnam, a tragic gas leak occurred in May 2020 — was among these violators. Incidents such as these will likely increase in frequency if post-facto clearance becomes commonplace. While the preparation of EIA is just a starting point, the exercise is meaningless without diligent monitoring and compliance with the mitigation measures.

Ecosystems often respond to external changes after a time lag and continuous monitoring is critical to capture tipping points. At a time when violations — such as the gas leak in Visakhapatnam and the oil field incident in Baghjan — have become increasingly frequent, relaxing compliance reports from twice a year to once a year is seemingly regressive.

Additionally, the provision of EIAs based on a single season of data can potentially make the analysis incomplete and misleading, masking the full environmental impact of a project.

Ecological studies from around the world showed there was a lot of within-year and between-year variation in ecological data, environmental conditions and population sizes of plants and animals. Single-season data is not representative of natural variations and cycles, making extrapolations inaccurate.

In general, biodiversity assessments take a backseat in EIAs, since pollution control boards (PCB) — that play a prominent role in these assessments — are likely to prioritise issues associated with pollution of natural resources.

The EIA must be multi-faceted and more representative of the environmental impacts of the project, including indirect effects of biodiversity loss, if biodiversity assessments performed by expert personnel were made a part of it.

In order to make the process more transparent and robust and to hold consultants accountable, the Union government must also devise an accreditation system for such professionals.

Communities living in close proximity are affected the most when a project is granted clearance. EIA 2020 reduces opportunities for public participation by reducing the time window for public response to 20 days from the existing 30 and excluding a number of projects from public hearings.

‘Strategic considerations’ is a vague new category that does not require hearings, something that can be misused to bypass the public process, compromising transparency and accountability. Further, complaints against compliance measures of the project can now only be reported by the developer themselves or the PCBs, keeping the public out of the purview.

There are additional barriers to accessibility, as EIA reports are often not available in local languages or are full of jargon.

For meaningful participation, summaries of the EIA — with major take-aways and impacts on the local community — must be made available to the communities who might be affected, with sufficient time at hand and in their local tongue. The Panchayat system and local organisations at grassroots levels can play a prominent role in facilitating these discussions. Inequalities exist even among communities that may be affected, with public hearings not representing all voices equally.

Linking EIA public hearings to existing laws under Social Impact Assessment may improve transparency and inclusivity for all stakeholders.

Laws such as the National Biodiversity Act, 2002, give a very prominent role and significant autonomy to local bodies — such as Gram Sabhas — in the protection and conservation of native biodiversity.

Such decentralisation has, thus, helped reduce instances of bio-piracy and promoted a harmonious and sustainable co-existence of biodiversity in human settlements. In the light of these positive outcomes, it only makes sense for allied environmental laws to follow a similar ‘bottom-to-up’ approach.

With EIA set to play a key role in sustainable growth going forward, there is a need to elevate its legal importance from just an executive notification to a full-fledged parliamentary act on its own.

As an executive notification, the provisions get lesser protection and are liable to differing interpretations based on the whims and fancies of the administration at the ground level. As an act, it would bring greater stability and uniformity in the EIA process. A parliamentary committee must be constituted to examine the scope and powers under such an act.

India has not only pledged ambitious goals in environment and climate change on several international forums, but has also taken a lead role in renewable energy in the form of the International Solar Alliance. Diluted domestic regulations seem inconsistent with these ambitions and the overall aspiration to be a global leader in the fight against pressing contemporary challenges.

We need to go beyond stating development comes at an environmental cost and innovate ways to develop with reduced negative impact on the environment. The economic slump post the novel coronavirus disease pandemic might seem a justifiable reason to disregard environmental rules, but the long-term impacts of deteriorating natural ecosystems can only worsen our economic woes.