The last one year of environmental regulation in India has shown many improvements. But a lot remains to be done 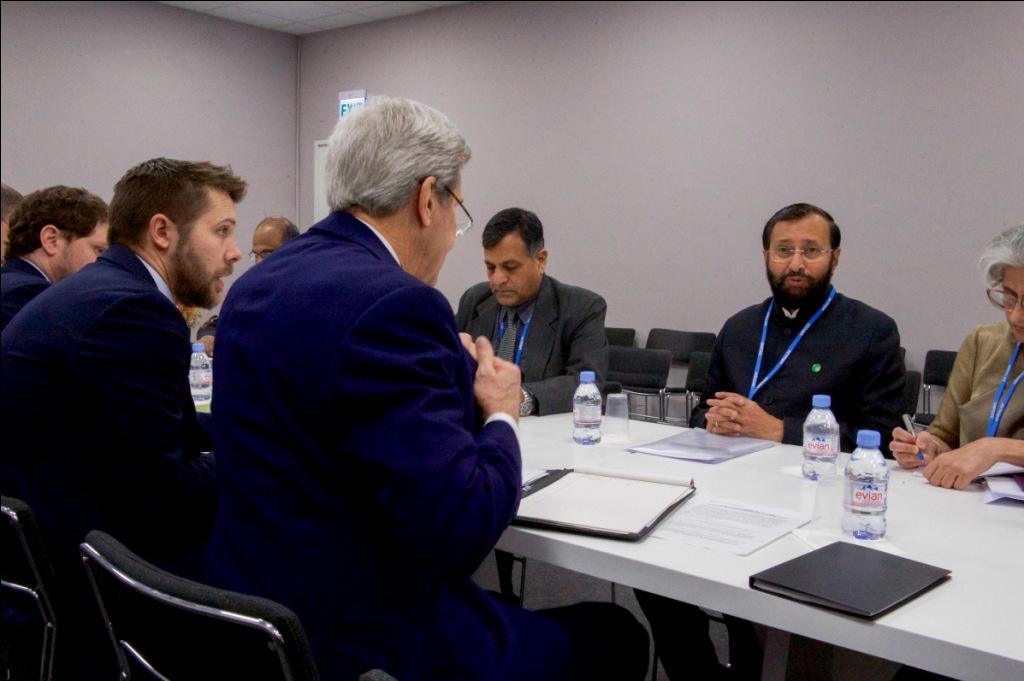 The last one year of environmental regulation in India has shown many improvements. The pollution limits of many industries have been tightened. Though they are still lax when compared to global standards, the outdated ones, including some which are decades old, have been changed. For some industries in India, like thermal power, pollution control norms were not updated for a decade.

Like India, developed economies like the US, European Union (EU) and Japan at one time had problems like weaker pollution norms, lack of transparency and standardised pollution monitoring and reporting. But they have updated all these now. While a developing country like India has similar problems with the environmental regime, its peer, China has made serious attempts to control pollution after facing huge environmental consequences.

While the Union Ministry of Environment, Forest and Climate Change has made efforts to ease the clearance for new industries in India, it also tried to make environmental norms stricter. The ministry proposed a new set of norms for industries such as fertilizer, cement, pulp and paper, textiles and paint in July, 2015, but they have not been finalised till date. Unlike them, norms for sugar and thermal power have been finalised.

Up gradation of environmental regulation in India has certainly been delayed, but lately, we have moved in this direction. Let us have a look at the improvement these new set of norms have brought.

Since the last few years, cement kilns are also being used to burn combustible solid wastes. While it solves the problem of waste disposal, heat generated from combustion can also be utilised for other process. There were no separate norms for such cement plants but have been proposed this time. Since these plants burn wastes which can contain hazardous chemicals, the new set of norms also propose limits for hazardous pollutants like hydrochloric acid, hydrogen fluoride, heavy metals such as mercury and cadmium. At the same time, existing pollution norms have been tightened. The active norms’ particulate matter emission, which was in the range of 50-150 milligram per normal cubic metre (mg/Nm3) depending upon the age and location of the plant, has been uniformly reduced to 30mg/Nm3. For older plants, it has been reduced from 100-150mg/Nm3).

P K Gupta, a senior environmental engineer who looks after cement industry regulation in the Central Pollution Control Board (CPCB) says that the industry has shown a positive response for these proposed norms. Many of them are already complying with the new proposed standards. All the parameters proposed are achievable except emission of nitrogen oxides which needs extra effort, he added.

D D Basu, Advisor with Centre for Science and Environment (CSE) appreciates that the new norms have tightened the norm for Total Kjeldahl Nitrogen, a key pollutant from fertilizer plants, to an achievable level. He also welcomed the introduction of norms for chromium in effluents.

Since textile making is a mainly a water-polluting process, norms are available only for effluent discharge. The bigger plants, which discharge more than 25 Kilo litres of effluent per day (KLD) and those in clusters, have been asked to install effluent treatment systems so that no effluent is discharged (Zero liquid Discharge) at all. However, smaller plants (with discharges less than 25 KLD wastewater) can still discharge but have to meet norms for additional parameters like colour, total dissolved solids (TDS), sodium absorption ratio, and bioassay. However, smaller plants which are allowed to discharge effluents should be given limits on quantity of discharge.

Gurnam Singh, Scientist E from CPCB shares that some of the norms proposed are not easily achievable and therefore some changes have been planned in them. The changes are due for ministry’s approval.

Earlier, the norms were applicable only for water pollution from paint manufacturing. The new set of norms have introduced limits on air pollutants like PM and solvent evaporation. There is not much change in effluent norms except biological oxygen demand which has been reduced from 50 miligram per litre (mg/l) of effluent. Two new pollution parameters—arsenic and cobalt are to be monitored in effluents, as per the proposed norms.

Anjana Singh, Scientist from CPCB shares that the proposed norms are achievable. However, the paint industry association has shown some concerns on meeting the new norms.

Since, pulp and paper-making is a highly water-consuming and water-polluting industry, historically, the norms were focussed on water pollution and effluent discharge. The proposed norms, for the first time, have put limit on freshwater consumption also. The existing norms for effluents have been tightened. Previously, air emission norms were limited to larger plants, which have been proposed for all size plants. Three new effluent parameters—Chemical Oxygen Demand (COD), TDS and colour have been proposed in the new draft.

Rohit Pandit, Secretary General of Indian Paper Manufacturing Association (IPMA) says that industries have already started implementing advanced technologies to meet the new norms. However, the association has also conveyed its concern on new norms for TDS, colour and Absorbable Organic Halogens (AOX) which is practically impossible to achieve in the suggested time frame, he added.

What these new proposals indicate

Delayed norms: With time, the industries have specialised in manufacturing certain kinds of products. Therefore, based on the experience of regulators, norms have also been proposed to be specific. As most of the existing norms for the sectors were not updated, these were quite relaxed. It is important to know that many of the norms which have been proposed are already being achieved by respective industries.

Long way to match global standards: Though the new norms have been made stricter, in most cases, they are far more relaxed than those in developed economies like the US and Europe. Except the cement industry in India which matches international levels, sectors like textile, pulp and paper and thermal power are still far behind.

Water is in focus: Most of the industries have been asked to be zero liquid discharge which means all of them have to recycle the wastewater entirely after treatment. A special emphasis on water pollution has been noticed and the industries which are based in the Gangetic basin, are in focus. This seems to be the priority as it is related to the “Clean Ganga Mission”, the national project close to the heart of Indian Prime Minister, Narendra Modi.

Pollution monitoring and reporting to improve: As far as pollution monitoring and transparency are concerned, the industries have been asked to monitor air and effluent pollution continuously and report to the pollution control boards unless otherwise specified. The smaller sources of emissions in a plant which were not regulated earlier—such as storm water discharge, stack height of smaller processing sub-units etc, have been given specific instruction in order to control pollution.

We need to act

What is the reason for delay? Norms have been proposed one after the other for most of the large-scale manufacturing industry. This is a welcome step but something more important is yet to be done- the successful implementation of these norms. It has been more than a year now.  But most of the proposed regulations have still not been finalized.  There could be two main reasons: one, push back from industries saying that the norms are not achievable or second, that the policymakers themselves are not sure whether the norms are pragmatic or not.

In case industries are not ready to follow the new norms, the government needs to look into the problems industries have. The government should take industries in confidence and help them to meet these norms. Surely, industries also have to come forward, discuss and find a way.

Implementation is another big task ahead. All this needs a strategy for implementation along with efficient regulation and regulatory systems. Pollution knows no boundaries, so the international community is looking at us. We are growing, no doubt. But this would be acceptable to the world at large only if that growth is sustainable. It is high time that we act.