The department of environment came into existence on November 1, 1980 followed by state departments 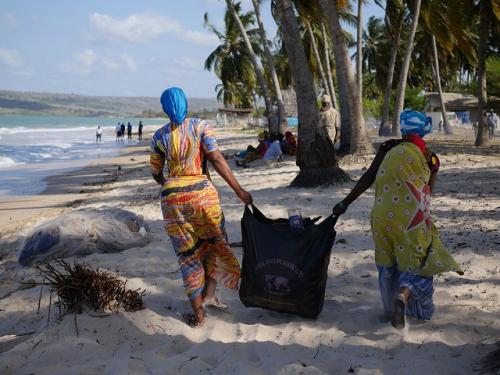 The history of environmental governance in post-independent India started 25 years after Independence when the then Prime Minister, Indira Gandhi, returned from the United Nations (UN) Conference on Human, Environment and Development in Stockholm in 1972.

A National Environmental Planning and Co-Ordination Committee was formed by the Prime Minister with B P Pal (FRS). In 1972, the Central Pollution Control Board was set up followed by the state boards. The department of environment came into existence on November 1, 1980 followed by state departments. Environmental laws on water (1974), air (1981) and forest conservation (1981) were passed, as also the umbrella act of Environment Protection (1986). An Environment Policy and Strategy Statement was issued in the year of the UN Conference on Environment and Development in 1992. Environment Impact Assessment for 32 sectors became compulsory by a notification passed in 1992. Environment approval committees were formed for each sectoral assessment and all power was vested with the Centre. In 1996, India became a nation to follow the environmental governance system with a series of further controlling notification on coastal zone management, hill development, disposal of wastes (biomedical, plastic, hazardous). Public Interest Litigation provided justice through the Supreme Court and high courts.

However, now, everything seems to move in a reverse direction. For the first time, there is no separate Union Minister for Environment, Forest and Climate Change (MoEFCC). A 25 per cent budget cut from the central government for MoEFCC was the next step. The Government of India is shrugging off responsibilities of ensuring development with conservation of environment. Expectations ran high when the Right to Forest, Right to Food, Right to 100 days of work and Right to Information Bills were passed. But now the biological process of “regressive metamorphosis” is becoming evident.

The latest one came from the draft notification to amend environmental impact assessment (2006) in 2014 and 2016. The amendments increase the power of state governments to grant environmental clearance to development projects, particularly aiming at the controversial sectors of mining and river valley project. Now, district environmental approval committees are to be formed as per the 2016 amendment. Major changes can be seen when states are given power to clear river valley project with 5000-50,000 hectares (ha), changing the earlier law of 2000-10,000 ha. The question remains as to how efficiently the state-level approval committee can function? Do they function independently outside the political influence of the ruling government?

Further, it can be noted that the environment ministry is planning “to move the Supreme Court against the National Green Tribunal to exempt the real estate sector from environmental laws”. The notification on December 9, 2016 of the MoEFCC exempted real estate projects up to 1,50,00 square metres of built up area from environmental impact assessment. The said amendment notification is seen as a ploy to avoid the provision of environmental assessment. The green bench stated that the construction industry sector emits 22 per cent of India’s total annual carbon dioxide emissions which will impact the country’s commitment to the Paris Protocol to reduce carbon dioxide emissions. Further, the local municipalities and municipal corporations were asked to form environmental committees for overseeing environmental aspects of constructing buildings and real estate projects (Jayanta Basu, The Telegraph, January 17, 2018). Obviously, the competence of such bodies especially to function without influencing the ruling political system will be highly questionable.

It all started with denotifying forests from within declared protected area network and how the country is gradually advancing towards one single goal—development at any cost. India is to honour 17 Sustainable Development Goals (SDG) as a signatory to UN declaration. One wonders how to reconcile such objectives with real actions that are seen in the country.