How smartphones are killing the planet 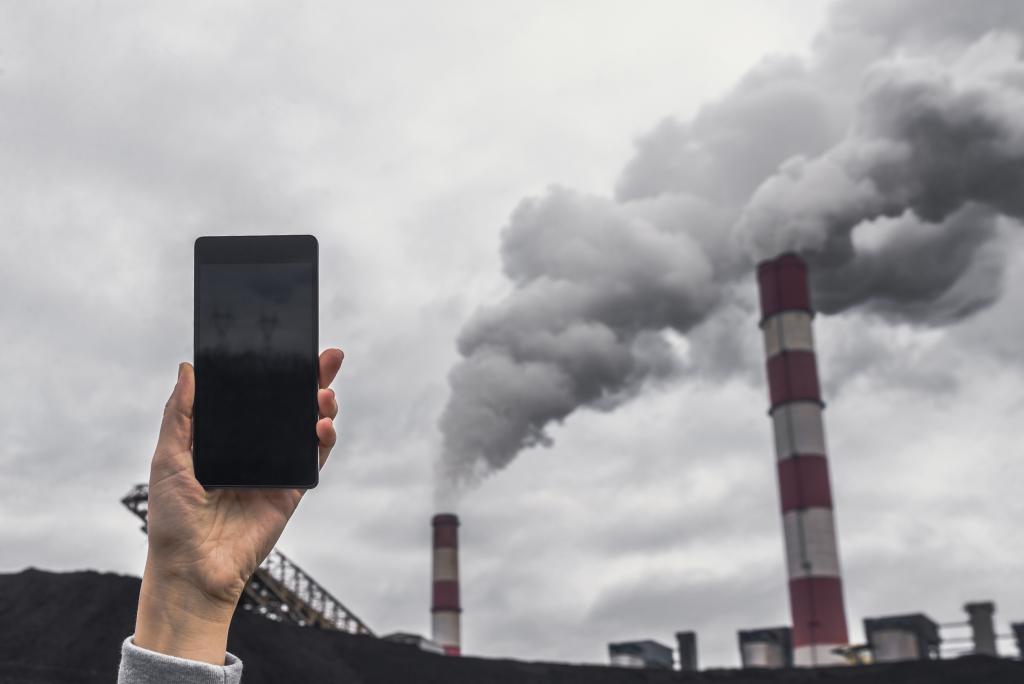 Rising temperatures have led to a variety of adverse environmental effects such as the melting of the polar regions, wildfires, droughts and rising sea levels. Manufacturing, transportation and tech corporations have been identified as the primary contributors to the global warming crisis.

Not much, however, is known about smartphones having a highly detrimental impact on the physical and social well-being of the planet.

Smartphones are typically discarded after an average of two years despite being operational. A McMaster University study found that 85-95 per cent of carbon emissions during this two-year period correspond to the manufacturing phase alone.

The energy used to build a single smartphone is equal to the energy required to operate it for about a decade. This alone makes smartphones the most damaging of information and communication technology (ICT) devices.

The iPhone 6s produced 57 per cent more carbon dioxide (CO2) than the iPhone 4s, with less than one per cent smartphones are recycled by Apple and other companies.

Gold mining for the tech industry is a major causes of deforestation and depletion of natural CO2 sinks in the Amazon. Vast quantities of water evaporate in Chile, Argentina and Bolivia, to obtain lithium for batteries that power smartphones. 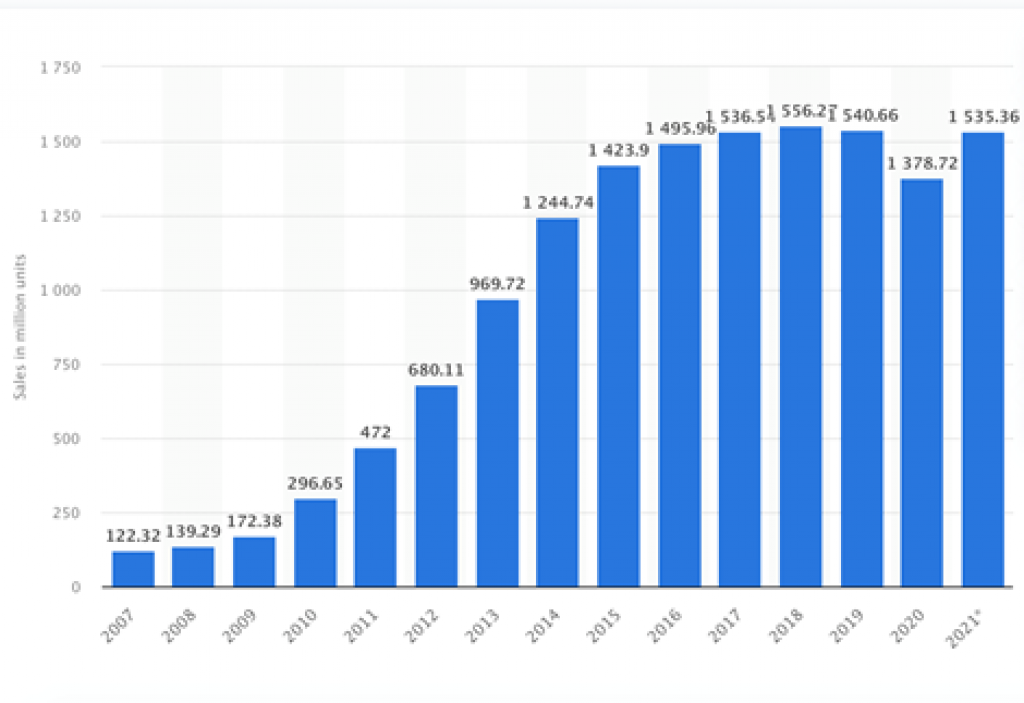 Number of smartphones sold from 2007 to 2021 (in million units). Source: www.statista.com

Greenpeace, a non-profit, estimated that the European Union would produce more than 12 million tonnes a year of electrical and electronic waste by 2020.

From 2007 to 2017, around 7.1 billion smartphones were manufactured. A majority of these smartphones are now past their two-year discard period and are now part of the growing global toxic e-waste. 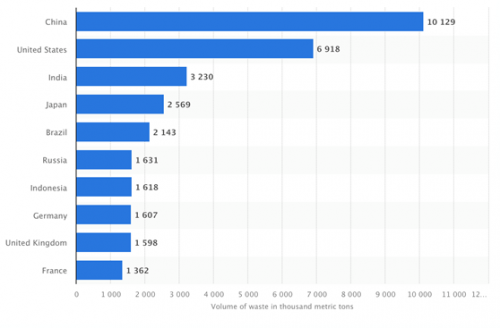 It was estimated that about 900 TWh (1 TW=10^12 watts) of energy was used in 2014 alone to manufacture smartphones, according to a Greenpeace report. This was roughly equal to India’s entire energy consumption that year.

Over 60 per cent of sales happen to be replacements for smartphones that are discarded despite being operational in about 90 per cent of the cases. Frequent purchases of smartphones are partly driven by the deliberate non-repairability of these devices.

According to data released by the United Nations High Commissioner for Refugees, as of April 2021, the number of ‘climate refugees’ has reached 21.5 million. 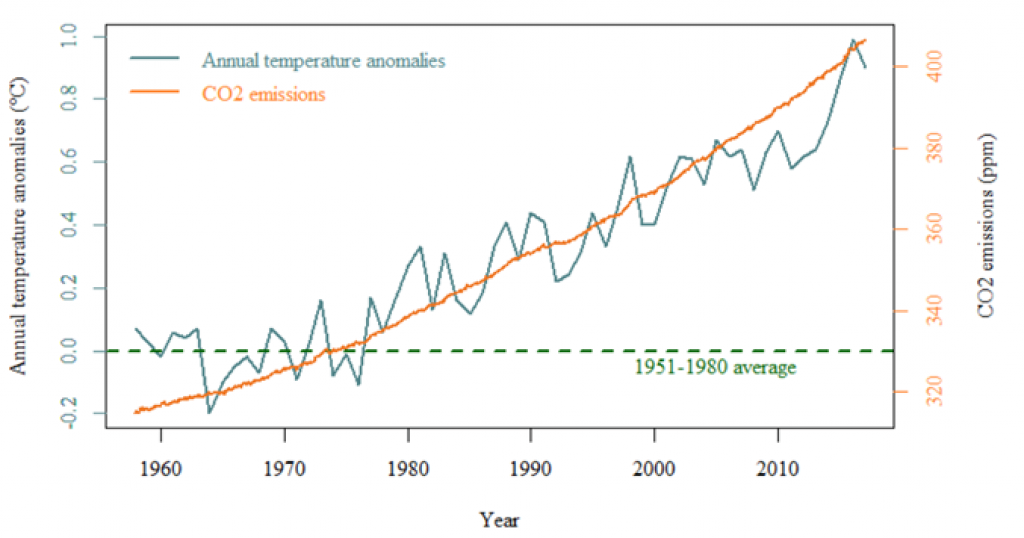 CO2 emissions and corresponding changes in the average yearly temperature from 1960 to 2019. Source: Goddard Institute for Space studies (2019).

The coastal area population at high risk of CO2 emissions has increased from 160 million to 260 million in the last three decades. As much as 90 per cent are from poor developing countries and small island states.

It is predicted that 17 per cent of Bangladesh will be submerged due to continuing rise in sea level by 2050, and around 20 million people living there will lose their homes, according to a recent report by World Economic Forum. Is India prepared for these refugees?

Manufacturers ought to measure their innovation, not by fewer millimetres and more megapixels, but by designing devices to last.

This philosophy of “use as long as you can and then find new uses” is particularly characteristic of the Indian mindset.

However, rather than promoting this sustainable way of life among the consumption-oriented West, India appears to be increasingly leaning towards the western “buy more” style of living.

A study by the University of Leeds, UK, found significant inequalities in energy consumption patterns within and between countries.

And yet, the environmental cost of unregulated consumption is likely to be borne not by the affluent West, but by the more frugal, developing countries.

Larry Page, co-founder of Google LLC, was recently in the news for acquiring citizenship of New Zealand, a nation reported to have the highest chances of survival in a societal apocalypse.

Still others have created safe havens around the world, some even looking at lunar and martian sanctuaries.

The real question is: Will resource-exhausting humans bring these off-world sites to the same sorry pass?

Monika Krishan is a senior Fellow at Centre for Public Policy Research, Kochi
Views expressed are the author’s own and don’t necessarily reflect those of Down To Earth