A national coal phase out can substantially augment its mitigation potential 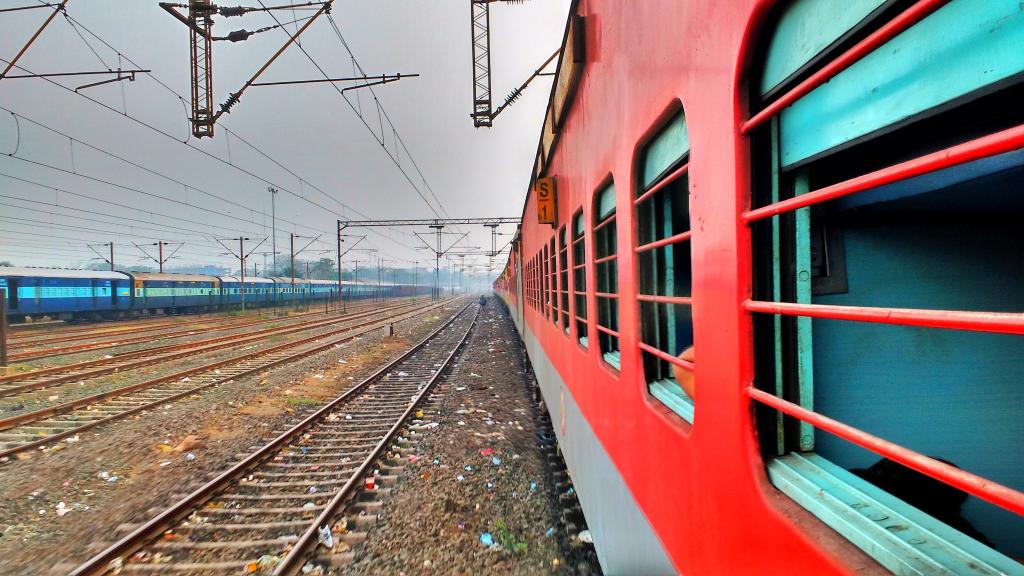 India’s railways minister Piyush Goyal announced at the India-Brazil Business Leaders Forum in New Delhi on January 27, 2020 that the fleet would be a net-zero carbon emitter by 2030. This would be achieved through cent per cent electrification by 2024.

While both targets have been long known, their reiteration in a year where the British presidency of the conference of parties is pushing so-called “non-state” entities to set a net zero target is most welcome.

With this, Indian Railways (IR) would not only become one of the world’s largest organizations to set a net-zero target, but the 2030 target puts developed countries with net zero legislations to shame.

This also represents an enhancement of IR’s previous climate ambition of reducing the emission intensity of its operations by 33 per cent over 2005 levels by 2030, which was a mere reiteration of India’s overall Paris target.

Railways account for barely 1.2 per cent of global carbon dioxide emissions from transport, which itself accounted for 24 per cent of all emissions globally.

That this was even as railways facilitated 7 per cent of all motorised passenger movements and 8 per cent of freight movement highlights the fact that the importance of rail decarbonisation goes far beyond its own tiny contribution to climate change.

There is much potential to multiply railways’ contribution to mitigation through a modal shift from more carbon intensive means such as aviation and road transport.

Considering that share of transportation in national emissions will increase as countries become richer (the sector already contributes more emissions than the power sector in most developed countries), the importance of railway decarbonisation for India cannot be over-emphasised.

To enhance Indian Railways’ mitigation potential in this fashion, India can set an ambitious target date for phasing out coal-fired power production.

Coal accounts for nearly half of the freight kilometres carried by the Indian railways. As in many parts of the world including Britain before it developed its North Sea gas reserves, the railways perform an important function as energy carrying circuits.

If coal were to be phased out, this capacity could be used to efficiently ship goods now moved by road; globally trains are 8 times more efficient than trucks.

Roads account for 59 per cent of India’s freight traffic compared to 35 per cent on the railways.

Considering that the transport sector accounted for 13 per cent of India’s energy related emissions of which over 90 per cent was from road transport (compared to the railways’ 3 per cent), the impact of a rapid coal phase-out on overall transport emissions can be substantial.

A modal shift in also essential to tame India’s decade-and-a-half long aviation boom. Aviation is now being touted as being within the reach of the common man with a whopping 2 per cent of Indians now taking flights and emissions from aviation in India were just over half of emissions from railways in 2014.

Many countries are faced with air travel being much cheaper than trains despite having a climate impact that may be an order of magnitude higher than the railways. In India, more expensive seats in flagship Rajdhani and Shatabdi trains are increasingly going empty.

A “climate cess” added to every air ticket can end this perversity of the market and provide funds for subsidising passenger fares and freight charges, high speed rail projects, as well as general operational improvements including safety.

The railway itself will benefit heavily from decarbonisation; indeed a 2017 study by Climate Policy Initiative (CPI) and the Indian Council for Research on International Economic Relations (Icrier) estimated that decarbonisation would actually lower costs. For traction alone, average annual cash flows could work out 32 per cent cheaper.

Indeed the most cost-effective scenario required accelerated decarbonisation targeted at 2020, rather than 2030.

But the study also found that despite cost-effectiveness, there were other barriers to decarbonisation.

These include the lack of a net metering policy at the state level, which largely has been fixed since the report, though it is unclear whether the policy is as suited for the railways as it is for (say) a rooftop solar plant.

Load-balancing technologies to deal with intermittent output of renewables may also not be feasible for the railways, and the report was unable to estimate costs of the same without a full blueprint.

But more crucially, railway decarbonisation is dependent critically on the progress of electrification, which is most suitable for conversion to renewable supply.

Goyal mentioned a 2024 target while in 2018 the Cabinet approved a proposal for a 2021-22 target. But annual electrification targets are regularly unmet; it is hoped that the prestige now accorded to net zero will speed up the tempo.

But the emphasis on electrification has seen a rash of proposals outside of what may be considered the railways’ core network: Most notably one for the 96-kilometre Kalka-Shimla ‘toy train’ — a Unesco World Heritage Site.

While the proposal appears to have been shot down, capacity augmentation through electrification can nevertheless play a key role in mitigating the impact of private cars on Himalayan ecosystems.

Through imaginative techniques — including battery electric locomotives to obviate the need for a transmission infrastructure which comes with a large environmental impact —  the Indian Railways can provide a global model for electrification. One which adds significantly to the local economy while minimising the impact on the local environment as well as preserving the heritage character of cherished old lines.

The railways’ massive land bank offers yet another opportunity for the greening of India. But rather than going in for fast-growing species to accumulate carbon credits, the railways would do well to go in for an afforestation strategy based on native species to deliver local economic and ecosystems benefits.

Forests are a particularly uncertain way of carbon sequestration. The Intergovernmental Panel on Climate Change noted last year that they do not sequester carbon indefinitely and all sinks are at risk of loss from floods, droughts, fire and poor management.

Given the poor climate mitigation prospects of forests, locally tailored afforestation strategies can make a beginning towards compensating for the Indian Railways historic responsibility to deforestation in its century-and-a-half long history.

The railways seemingly is on track to meet its net zero target. But to be truly transformative, it must not only play a substantially greater role in the national transport economy but also look beyond climate change to help improve local environments in India.