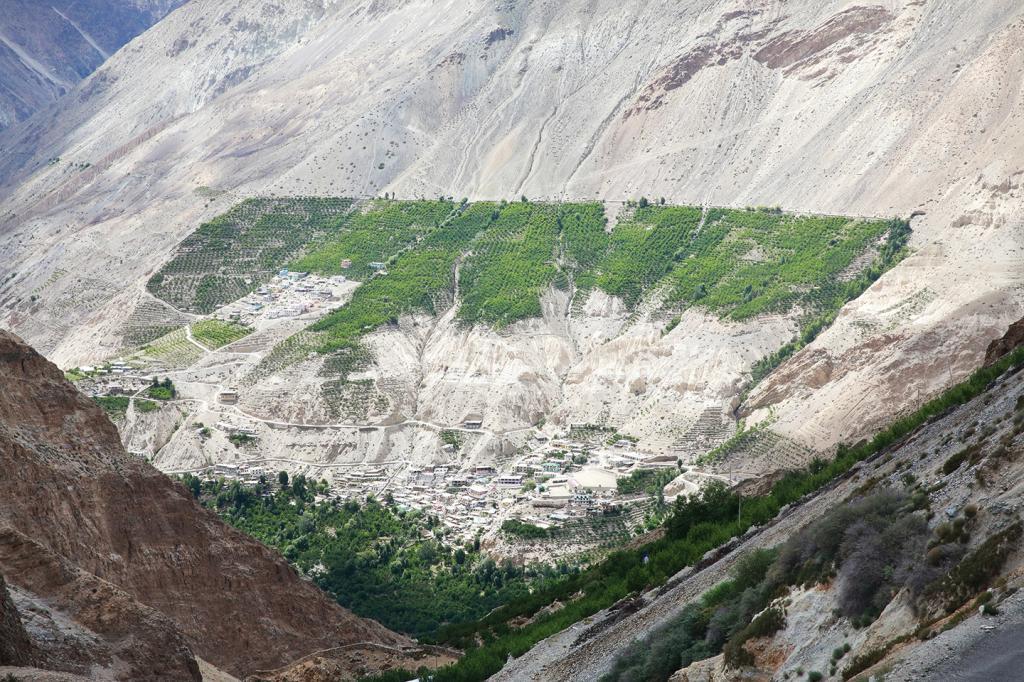 “Twenty-five years ago, people could be excused for not knowing much, or doing much about climate change. Today, we have no excuses,” Desmond Tutu, South African theologian, had said.

The recent landslides in Himachal Pradesh's Kinnaur district brought back focus on how 40 per cent of the state is geologically ‘highly sensitive’, according to a report by the Building Materials and Technology Promotion Council. The state has experienced four major natural disasters last month and as many as 202 people died over the last 90 days.

Floods, landslides, glacial lake bursts, excess rainfall, excess snowfall and unseasonal rains will increase if the effects of climate change are not mitigated, the state’s environment department had warned.

Precipitation increased in Lahaul-Spiti, Kangra and Chamba districts and decreased in Solan and Kinnaur, showed a rainfall analysis of the period from 1976 to 2006 by the Asian Development Bank on Climate Change Adoption.

Around 23,000 hectares (ha) of land in the state were subject to flooding, the report showed, calling for urgent safety measures.

Local anthropogenic factors also contributed to the exacerbation of the natural disasters in the region.

A shift to ‘renewable energy’ was one of the significant global mitigation measures on climate change and fulcrum of the ‘global energy transition’ after the Rio and Kyoto protocols. In India, the Clean Development Mechanism (CDM) and foreign bank-led financing accelerated hydroelectric power development in the Himalayas.

Since the 1990s, the Himalayan region has become the prime location for hydel power development with a potential of 150,000 megawatt (MW) planned to be tapped from the mountainous states. The pace and magnitude of hydroelectric power capacity development in Himachal has been the highest in the region, according to the Standing Committee on Energy, 2019.

Kinnaur district in HP, located in the upper reaches of Satluj basin, is the state’s hydel power hub with the highest installed generation capacity among the districts and 53 hydroelectric power projects. Of them, 17 large projects of above 25 megawatts (MW) and 15 others of varying capacities with a cumulative capacity of 3,041 MW, are already in operation.

The efforts to tap this ‘green energy’ source as an alternative to fossil fuels is altering the ecology, rendering it vulnerable to natural hazards such as cloudbursts, flash floods, landslides and earthquakes.

The plans fail to take into account the ecology of the river basin environment — all of which, in some form or another, is disturbed by this development.

The projects involve construction of high-concrete gravity dams, approach roads,  powerhouses, colonies and labour camps, submergence areas and towers for transmission lines. The tunnelling in mountain areas will result in more landslides as large amounts of water percolate into surfaces.

The phrase ‘run-of-the-river’ gives the false impression that these projects are less damaging. These projects, of varying sizes and capacities, also involve construction of dams and diversion of river water through channels and underground tunnels.

Generation of hydel power in the Himalayas has involved construction of bumper-to-bumper projects in a cascade form on a single river basin for optimum utilisation of the energy.

In the last decade, the ‘clean energy’ narrative behind the emergence of hydel power projects in the Himalayas has been challenged for adverse environmental impacts. Disruption of river flows, forest loss, landslides and other hazards are the more visible transformations.

A total of 984 ha forest land has been diverted for activities such as roads and defence services, according to Mansi Asher, a researcher with Himachal-based Himdhara, Environment Research and Action Collective in her study on Kinnaur.

Her study analysed land-use data of 2001 and 2011 in 228 identified project-affected villages in the Satluj basin.

In the upper region of the river basin, where there are no hydro projects, there is a minor increase in forest, whereas in the middle region (from Khab to Nathpa) and the lower region (from Nathpa to Kol Dam), where projects have already been commissioned, forests have shrunk by 9.38 per cent and 7.65 per cent, respectively, the repot showed.

There has been a 7.25 per cent reduction in forest cover in Kinnaur, according to the Indian State of Forest reports from 2001 to 2015. This period was contemporaneous with the increase in hydroelectric power development activities in the state.

Most of the land used for development is legally classified as ‘forest’ and falls under the jurisdiction of the forest department. The diversion for ‘non-forest’ activities requires permissions under The Forest (Conservation) Act, 1980 and Scheduled Tribes and Other Traditional Forest Dwellers (Recognition of Forest Rights) Act, 2006.

In the past decades, several guidelines have been built with legal framework by the Supreme Court. Hence, ‘payment for ecosystem services’ has to be made according to monetary evaluation of forests lost due to development.

Compensatory afforestation in India undertaken, even by conservation parameters, have shown no success, and it is believed to be greenwashing large-scale destruction of forest ecosystems.

Moreover, plantations, undertaken as a method of ecological restoration, have been controversial, both for their effectiveness as well as for their impacts on ecosystems and the livelihoods of communities dependent on them.

They have been marked by abysmally low presence of surviving saplings (up to 10 per cent), interspecies conflict, infringement on local land-use and damage by wildfires and landslips.

The use of dynamites for blasting through the surfaces and underground components of the projects disturb existing slopes and the fragile geology. There is hardly any check on the frequency of blasting.

A large part of the land has slopes of 30-80 per cent gradient and is thus prone to severe erosion with few suitable zones for the establishment of vegetation.

Hydel power projects and compensatory afforestation plantations carried out in lieu of the forest land diverted in the name of ‘mitigation’, have altered land-use and are aggravating disaster risks.

Disaster risks are a function of the interplay between three key elements: Hazard, exposure, and vulnerability. Some of the factors in exposure and vulnerability are physical and environmental, while others are socioeconomic, such as poverty, lack of preparedness, susceptibility and adaptive capacity.

The region ranks below the global average on the human development index. Income inequality is also high in these places. This means, with more development, the vulnerability / exposure to natural hazards will increase with decreasing adaptive capacity.

The parliamentary Standing Committee on Energy during 2018-19 noted that the state could more than double its existing harnessed hydel power potential of 10,547 MW. Forget about mitigation, this will only make the region vulnerable, attracting negative impacts of climate change. It’s high time for us to take necessary actions to think wisely on our development interventions.