A safe forest corridor was critical for the facilitation of tiger dispersal between Kanha and Pench Tiger Reserves, the organisation said 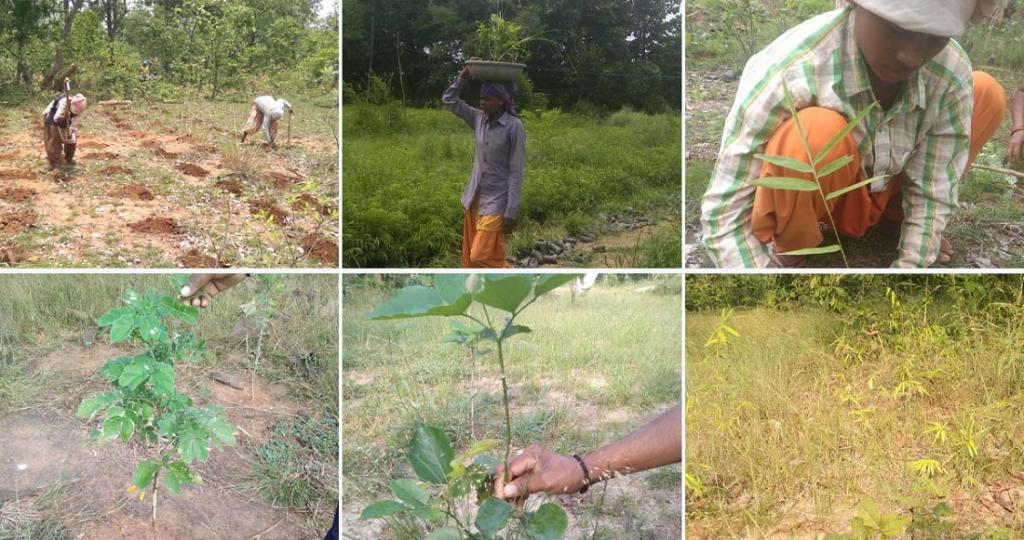 A collage of images from the tree plantation at Ramtek, Maharashtra. Photo: Grow-Trees.com

A Mumbai-based organisation has worked to plant over 870,000 trees in Maharashtra to expand and protect tiger habitat, a member said.

Some 235,000 trees had been planted in the buffer zone of the Pench Tiger Reserve in Ramtek, Maharashtra, Supriya Patil, head, partnerships & projects, Grow-Trees.com, said.

Over 640,000 trees had also been planted alongside the Kanha-Pench corridor, she added.

The organisation has also made sure to plant trees that were local to the region.

“We have planted only local species like drumsticks, custard apple, neem, amla, shisham, jamun, etc.  Saplings are selected by us in keeping with ecological conditions and the success ratio of local species,” Patil said.

She added that planting trees in the area was critical as tigers were a conservation-dependent species. They won’t be able to thrive in a scenario where they can’t easily access prey or move around safely.

A safe forest corridor was critical for the facilitation of tiger dispersal between Kanha and Pench Tiger Reserves and without such a linkage, isolated tiger populations faced the risk of extinction, Patil said.

Community engagement and eco-sensitivity is necessary during plantation drives. This project, for instance, has been carried out on public lands, wherein the community will be able to utilise the fruits, tendu leaves, twigs, and fodder. The beneficiaries are mostly women, who say the project has empowered them as well as provided them with the option to work in the vicinity of their homes.

The project would also discourage villagers from participating in illegal activities like poaching, by providing them with a steady source of income from the forest produce, Patil said.

It would deter wild animals such as wild boars, leopards and other wild cats from straying into human settlements and destroying personal property and croplands.

“When fully mature, each tree will absorb approximately 20 kilograms of carbon dioxide annually, contributing to carbon sequestration. So basically, it is a win-win situation for humans and these magnificent animals,” Patil said.