Plastics in agriculture: entry point for carcinogens to food chain 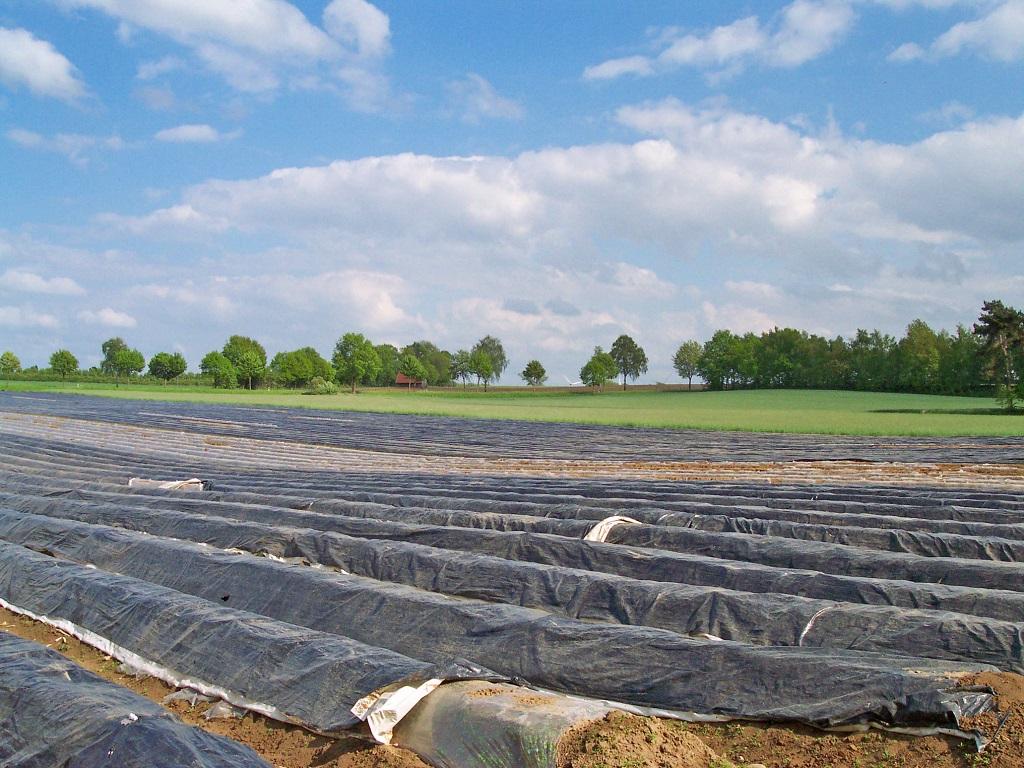 The issue with regard to plastic mulch is that it is not easy to recover and reuse them. Credit: Wikimedia Commons

Plasticulture, or the use of plastics in agriculture, is evident in the form of lining of farm ponds, greenhouse cultivation, micro-irrigation (drips and sprinklers) and plastic mulching. Plastic mulch, in particular, should be of concern to us as it is a potential source of entry into our food system.

Why are farmers turning to plasticulture?

The Ministry of Agriculture believes that its optimal application is a step in the right direction to achieve the overall vision of doubling farm income by 2022.

The key benefits of plasticulture include;

What are the problems with plasticulture?

As with the concern over plastics in other sector, there are issues with their application in agriculture also.  The plastic film residue can:

Fragments of plastic film have been shown to release potentially carcinogenic phthalate acid esters (substances added to plastics to increase their flexibility) into soil, where they can be absorbed by crops and pose human health risk when food is consumed.

The fragments of plastic film left in fields can also accumulate pesticides and other toxins applied to crops. This is a risk for sheep, goats and other livestock grazing on crop stalks because of their potential to ingest plastic material or the chemicals that leach from it.

When cotton crops are grown in plastic-contaminated soil, there is a risk of lint being contaminated. If that were to happen, the quality of output is downgraded because traces of plastic can interfere with the colouring process. This could decrease the commercial value of crops, increase consumer anxiety and cause huge losses in traditional cotton growing areas.

Another issue with regard to plastic mulch (films) is that it is not easy to recover and reuse them. Although films in US, Europe and even India are thicker than 15-20 microns, Chinese films are less than half the thickness of those films and go down to about 8 microns.  That thinness makes the material less robust and more difficult to recover after use.

What are our alternatives?

“There are alternative natural materials obtained from plants and animals, and newer generation bio-polymers which are plastics made from biomass sources,” says Crispino Lobo, managing trustee of Watershed Organisation Trust. He also highlights a recent UN report which talks about conventional alternatives to plastics—such as paper, cotton, and wood—as well as less obvious solutions, including algae, fungi and pineapple leaves—among others.

According to Lobo, some of the solutions, especially when it comes to agriculture, might come with a little more physical effort like using organic mulch or others like biodegradable materials that come at slightly higher cost. Therefore, state and national policies have to come to the rescue to incentivise good and responsible behaviour.

While government’s efforts to ban single use plastics and enforce penalties for non-compliance is laudable, there is a need for action that goes beyond bans and address use of plastics across all sectors so that we can avert contamination of our soil, water, food and air.  That is why traditional resource management principles of reuse, reduce, recycle will continue to hold true, according to Lobo.