Save Sattal: Tomorrow will be too late; we must start change today

Sattal has been engulfed by raging fires. It grieves the dying springs that once cascaded down to form powerful rivers that now run dry 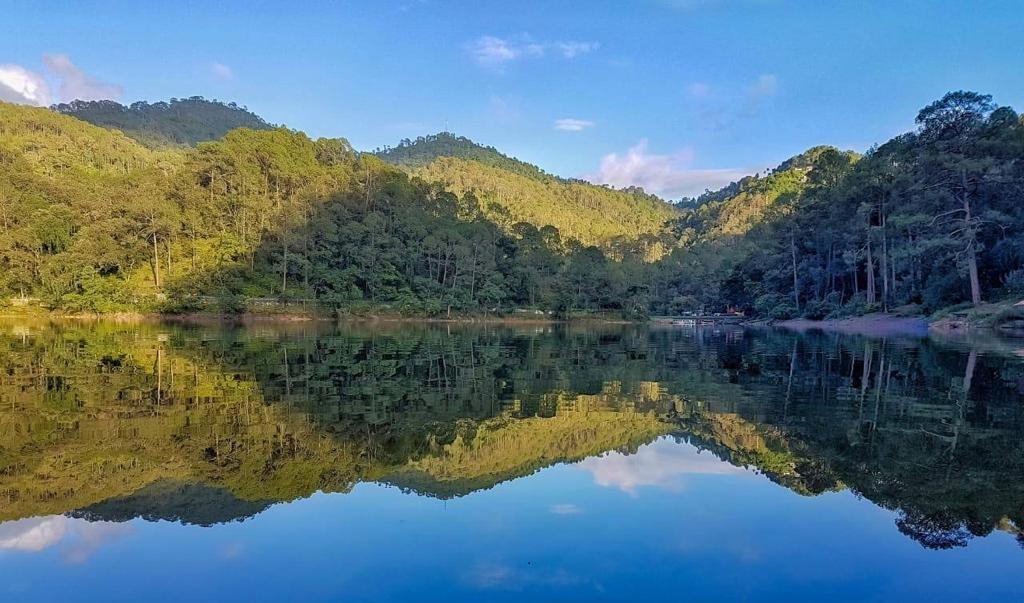 Sattal — at an altitude of 4,000 feet and in the middle oak-dominated hardwood forests in Kumaon, Uttarakhand — had for long remained undulterated from human greed. But now the lake faces the threat of pine invasion, fire and fragmentation.

The unique and gentle stillness of this critical eco-system is at risk of being destroyed under the garb of ‘Lake Side Beautification and Development’. The plans include constructing shops, parking, a children’s park, view point and a library.

“A group of pristine mountain lakes nestled within a dense oak forest…one of the most stunning of nature’s gems in Uttarakhand…There are many unexplored spots and trails that can be explored. As you approach Sattal, the first lake is the Nal Damyanti Lake. Ahead comes the Panna or Garuda lake. A little ahead is a cluster of three lakes — Ram, Laxman and Sita lakes. The other two lakes are Purna Tal and Sukh Tal. Sattal is a perfect vacation option for those who are looking for solitude.”

The Uttarakhand government now plans to redevelop this area, but it is unmindful of its own description. Sattal is home to over 525 varieties of butterflies and 500 species of birds, including the Red Headed Vulture (critically endangered), Cireneous Vulture (near threatened), grey Crowned Prinia (vulnerable), Pallas’s Fish Eagle (endangered).

It also an abode to flora and fauna like the King Cobra (vulnerable), Himalayan Serow (vulnerable), Foxtail Orchid (endangered) and the world’s largest moth Atacus Atlas.

Sattal is immortalised among the sacred spaces of the Himalayas. The Nala Damayanti lake, the first of seven inter-connected lakes, is an eternal reminder of the re-telling of the narrative by Rishi Brihadashva to Yudhishtir in the Mahabharata, when Dharmaputra (or righteous living), was despondent during his 13th year of forced exile. 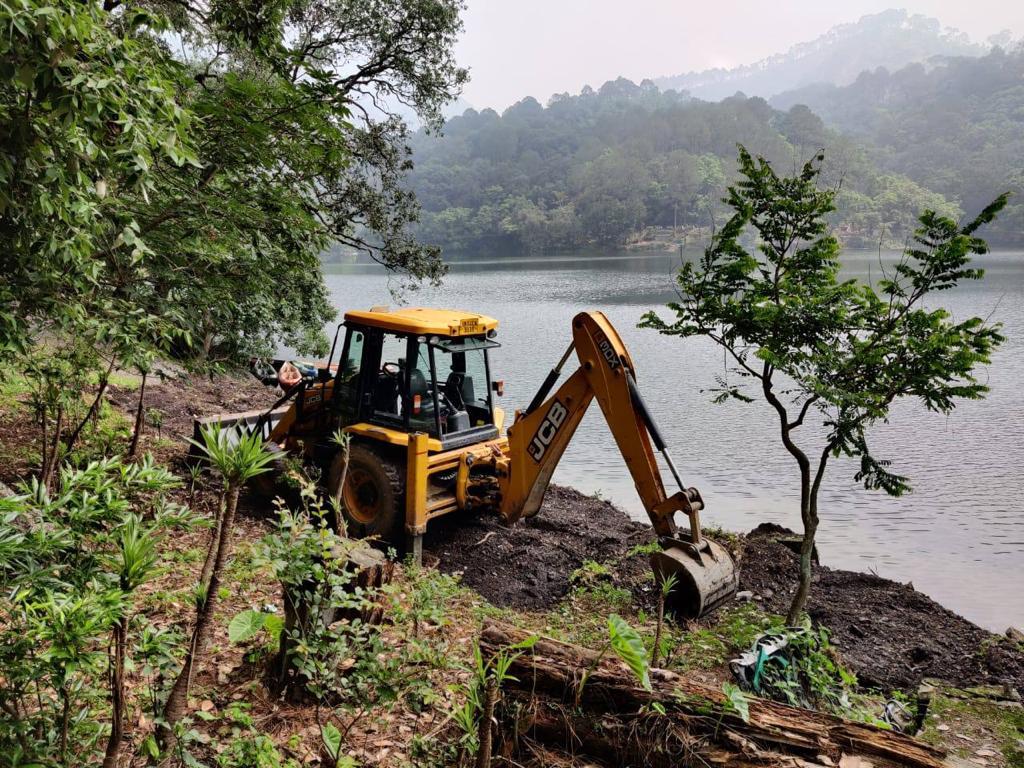 JCBs work has halted near the lake due to mounting protest by locals.

The parallels are not coincidental. Nala, King of the Nishadas, plays dice and on losing reason, sacrifices his kingdom. He is compelled to roam in the forests. Nala is the reflection of Kali Yuga — the manifestation of unreason that causes us to sacrifice all.

His beloved wife, Damayanti, the princess of Vidarbha, epitomises perfection and wanders the forest with him, only to be abandoned by him. The Naga Karkotak, who is said to remain in the Sattal region, requests Nala to save him from the engulfing fire. He repeatedly pierces his fangs into him so that the age of enlightenment can eventually dawn. After years of sacrifice and resolute determination, Nala and Damayanti are re-united.

This lake, serene and beautiful, is a witness to this story that keeps playing in our consciousness. The seven lakes and the area of Sattal have been held supremely sacred through passing yugas of time.

Of Damayanti, personified by the lake, it is said:

with her ornaments, she dazzled

A lady of impossible beauty!

None among the gods or yakshas

None among humans or others

Ever possessed such beauty:

She soothed the eyes,

Is it possible to still save a few sacred spaces on Earth?

Sattal has been engulfed by raging fires. It grieves the dying springs that once cascaded down to form powerful rivers that now run dry or burst in fury. They witness the melting glaciers; the snow-capped Himalayas are now bare and reveal the naked rock beneath them.

Will we have the time to ask forgiveness of the Earth beneath our feet that we have ravaged and plundered? Burdened by our own greed, arrogance and selfishness, our minds befuddled and confused in this age of ignorance, do we have the time to seek pardon of those who are inheriting this depleted Earth?

Will we ever acknowledge that without sustainability, we may not survive to see a new dawn?

Tomorrow is too late. We must be the change today.

The Save Sattal campaign is a citizens’ movement spearheaded by Sattal Conservation Club. They are supported by environmentalists, local residents and a group of dedicated young environmental activists and There Is No Earth B, a community that aims to contribute towards the building of inclusive, organic and decentralized climate action and advocacy.

The campaign has over 32,000 signatures. The Save Sattal movement registered their dissent on Twitter India by trending at #17 on July 3, 2021.  ‘SAVE SATTAL’ is the struggle of locals and pleads against vested commercial interests that are in direct conflict with ecology and sustainability.

They are actively campaigning on Facebook with supporting hashtags such as #savesattal and #sattal.

These masked young faces, whose eyes of innocence and anger speak without recrimination or rebuke, say, “You betrayed our future for your past that lies in the ruins of this planet, your sacrificed my childhood and my youth, when all I had sought was the right to breathe, to live.”