The mysterious existence of a leafless kauri stump, kept alive by its forest neighbours 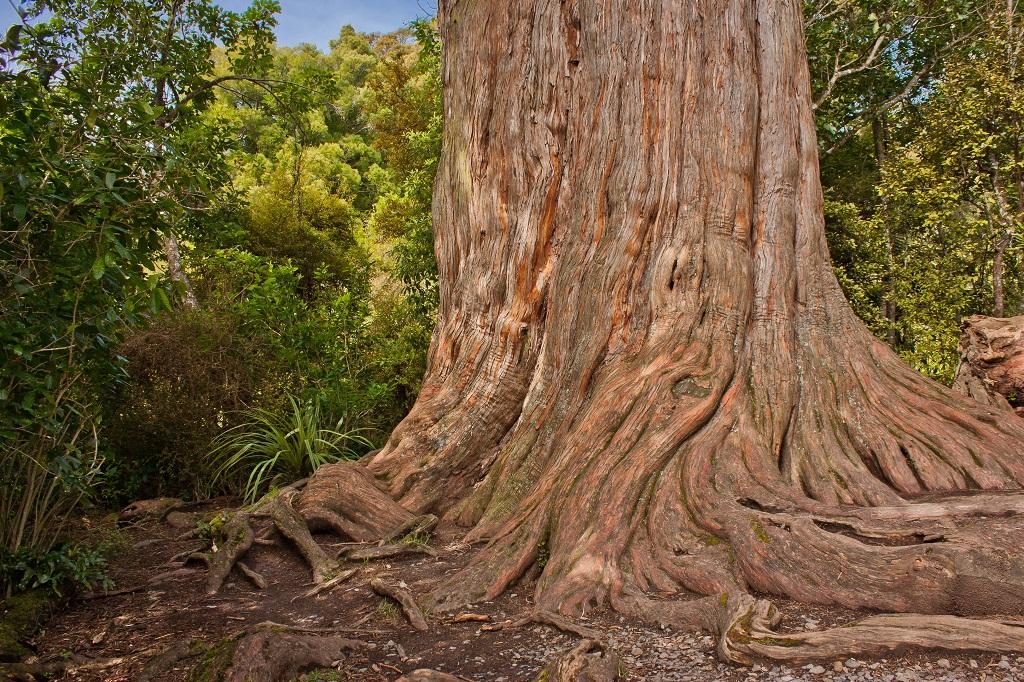 Plants use their leaves to make food from the sun’s energy and carbon dioxide. With very few exceptions of parasitic plants, no tree is known to grow without green foliage — or to be more precise, no tree can start life without leaves or some sort of green tissue containing chlorophyll.

But some may end up as “zombie trees” long after they lose all leaves and large parts of their trunk, either to disease or the chainsaw.

Such undead tree stumps have been observed for almost 200 years, but the evolutionary and physiological processes leading to their existence remain a mystery. One reason is because they are rare. Another is because whatever happens on their journey from feeding themselves to being fed happens out of sight — likely below ground.

American forest ecologist Suzanne Simard has shown that trees send each other signals through a network of fungi buried among their roots. This underground communication includes warning signals about environmental change and the transfer of nutrients to neighbouring trees before they die.

We suggest this supply can continue beyond the apparent death of an individual tree. By measuring water flow in the stem of a living kauri (Agathis australis) stump and its neighbouring trees, we show underground connections are indeed likely responsible for the survival of the stump.

A living tree stump is clearly a biological oddity and our key question is why such root grafts form.

It is unlikely a tree that has lost its foliage (through windthrow, disease, or when it is felled) subsequently knocks on its neighbours door (or, more accurately, roots) to ask for carbohydrates. Instead, we must assume that these root connections had been in place earlier, while the stump was still a normal tree.

If that is the case, we can assume root grafting to be the rule rather than the exception, at least in species in which living stumps have been observed. But what are the evolutionary advantages? And why are the connections maintained when a leafless stump is no longer actively contributing resources?

The short answer to these questions is we don’t know. Root grafting, a phenomenon well known to foresters and gardeners, has barely been studied on a physiological basis. Much remains speculation.

A few evolutionary advantages for root grafting have been suggested, including increased resistance to windthrow, kin selection (I will help you out if you are related to me), and increased access to water and nutrients coupled with the ability to shift those resources among trees.

The former two are more easily explained because all graft members benefit. But the latter is more difficult to understand.

If forests feature interconnected root networks where water, carbon and nutrients are exchanged, this would be equivalent to power, water and gas grids supplying a city.

But what mechanisms control who gives and who takes? There is evidence that shaded trees are supported by non-shaded trees and the fact that stumps (pensioners) are still supplied with resources gives rise to the much bigger idea that forests act and survive as a whole — much like a single bee or ant has no chance to survive without being part of its colony.

Our discovery of the tight hydraulic coupling through root grafts suggests exactly that: a communal physiology among connected trees. This is a game changer for our general understanding of forest functioning. It shifts our perspective towards forest ecosystems as superorganisms.

Read more: Entire hillsides of trees turned brown this summer. Is it the start of ecosystem collapse?

But with all the advantages this may bring for the superorganism forest, root connections obviously imply a lack of social distancing. As with COVID-19, this makes it easy for pathogens to spread, especially in cases where the pathogen penetrates the vascular tissue, a tree’s main transport route for water and carbohydrates.

Well into the 21st century, some great mysteries remain about how forests function. Research is particularly timely and relevant, given the rise in climate-induced forest dieback events due to more frequent and severe droughts, increased vulnerability to pathogens and exposure to pests that come with warmer temperatures.