There are a couple of theories regarding the formation of these dunes, the most plausible being the role of south west monsoonal winds 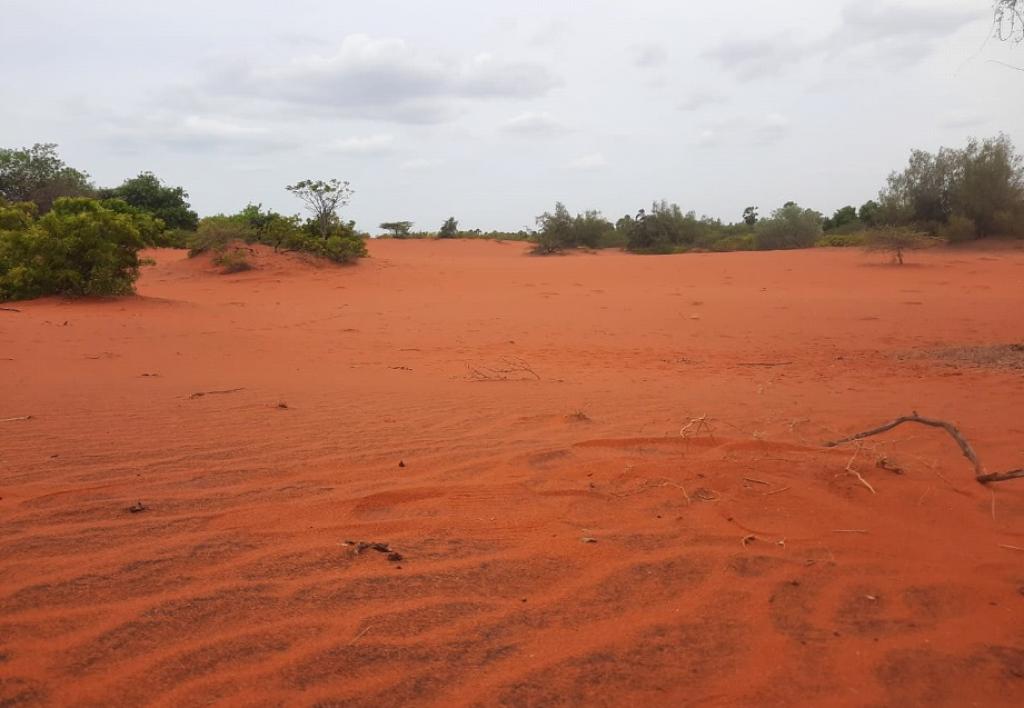 Only the Thar comes to mind when we discuss deserts in India. The Thar or Great Indian Desert is located partly in Rajasthan and partly in the Punjab and Sindh provinces of Pakistan.

Most of us may not know the small desert situated in the state of Tamil Nadu. It consists of red sand dunes and is confined to Thoothukudi district.

The red dunes are called theri in Tamil. They consist of sediments dating back to the Quaternary Period and are made of marine deposits.

They have very low water and nutrient retention capacity. The dunes are susceptible to aerodynamic lift. This is the push that lets something move up. It is the force that is the opposite of weight.

The petrographical study (petrography is the study of composition and properties of rocks) and X-ray diffraction analysis (a method used to determine a material’s crystallographic structure) of the red sand dunes reveal the presence of heavy and light minerals.

The iron-rich heavy minerals like ilmenite, magnetite, garnet, hypersthene and rutile present in the soil had undergone leaching by surface water and were then oxidised because of the favourable semi-arid climatic conditions.

It was due to these processes that the dunes near Tiruchendur, a coastal town of Thoothukudi district are red-coloured.

The dunes are spread over Kuthiraimozhi theri (2,387.12 hectares) and Sathankulam (899.08 ha) reserve forest of Tiruchendur taluk, which is located on the shoreline overlooking the Bay of Bengal in the south-eastern part of Tamil Nadu.

How did they form?

Theris appear as gentle, undulating terrain. The lithology (the study of general physical characteristics of rocks) of the area shows that the area might have been a paleo (ancient) coast in the past. The presence of limestone in many places indicates marine transgression.

The present-day theris might have been formed by the confinement of beach sand locally, after regression of the sea. When high velocity winds from the Western Ghats blew east, they induced migration of sand grains and accumulation of dunes.

Another view is that these are geological formations that appeared in a period of a few hundred years.

There is a lot of red sand spread over these theris. The red sand is brought from the surface of a broad belt of red loam in the plains of the Nanguneri region (about 57 kilometres from this area in Tirunelveli district) by south west monsoon winds during May-September.

The south west monsoon winds, after draining the moisture behind the Mahendragiri hill and the Aralvaimozhi gap of the Western Ghats (about 75 kilometres from this area), become dry and strike the plains in the foothills, where vegetation is sparse.

Deforestation and absence of vegetative cover in the Aralvaimozhi gap and the Nanguneri plains are considered to be the major causes of wind erosion.

When the dry monsoon wind blows with high velocity, the red loam is churned and driven east in huge columns of red sand, till they are met by sea breeze near the coastal tract of Tiruchendur and get deposited there.

The fine materials with light weight are picked up, suspended in the air and carried away. While heavy or large grains are rolled along the ground, grains of intermediate size and weight are carried out at one time and rolled to another.

Severe gusts of wind are capable of picking up and carrying materials for short distances and larger materials can be consistently held in the air. Thus, some grains are carried and dropped innumerable times in the course of the history

These processes of erosion, transport and deposit of sediments that are caused by wind at or near the surface of the earth, are called Aeolian processes. They lead to continual sand redistribution.

The formation of a sand dune is a most characteristic and conspicuous process. When the high velocity wind blowing sand above the ground meets any obstruction like a fence post, bush, shrub or any other vegetation, the force of the wind is checked and the sand is deposited on the leeward side of the obstruction.

The sand deposited thus also forms a further obstruction, causing more sand to be deposited and the process goes on. Thus, in due course of time, a dune is formed. This is the way a number of sand dunes have been formed over a period of time in Tiruchendur.

The forest department has taken efforts and covered major blocks with vegetation and the movement of sand has been arrested to a considerable extent.

This is the first of a two-part series. Read the second part