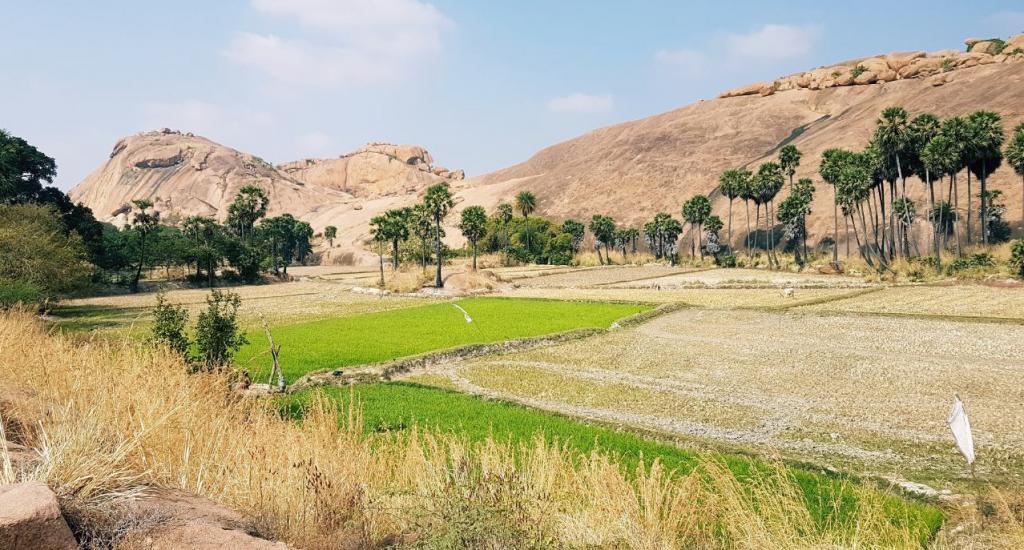 Arittapatti in Madurai district,Tamil Nadu, has been identified as a biodiversity heritage site. Photo: Tamil Nadu Biodiversity Board

On April 22, 1970, millions of people came out on the streets in the United States to protest the environmental destruction happening on planet Earth and the plunder of its resources. Thus began the first Earth Day.

Twenty years later, the Earth Day went global, with around a billion people from more than 190 countries mobilising for action to protect the environment. This culminated at the ‘Earth Summit’ in 1992 at Rio de Janeiro, Brazil where the Convention on Biological Diversity (CBD) was adopted.

CBD was an international agreement that aimed at conserving biodiversity sustainably for the benefit of present and future generations. It had three objectives:

India enacted the Biological Diversity Act (BDA) in 2002, in consonance with CBD and its objectives.

Biodiversity is the variety and variability of all life forms on Earth and the complex ecological processes which they are part of and includes the diversity within and between species and of ecosystems.

It supports socio-economic systems by providing direct and indirect resources and benefits such as food, fodder, shelter, fuel, medicines, etc.

Biodiversity is integral to the well-being of the planet and its people. Many communities, especially indigenous communities, depend on biological resources in their surroundings for their livelihoods and sustenance.

On the other hand, the principle of fair and equitable sharing of benefits arising out of the use of biological resources, commonly referred to as access and benefit sharing (ABS), provides that local communities from whose areas biological resources are accessed, must be fairly compensated in monetary and / or non-monetary terms.

These objectives have been achieved over the years by the Tamil Nadu Biodiversity Board (TNBB), an autonomous statutory body of the government of Tamil Nadu established under the BDA 2002.

Tamil Nadu has established 13,608 Biodiversity Management Committees (BMCs) at the urban and local body levels in order to profile biological resources and to ensure their conservation and sustainable use with the objective of ABS.

The BMCs at the village Panchayat level account for 92.04 per cent of the total number of BMCs in the state. The Board had provided in-person training and a sum of Rs 50,672 to 90 model BMCs in the state for their effective functioning. In addition, training was given to BMCs of 29 districts at the district, block and Panchayat levels in March 2022.

The Board has thus far received ABS funds of Rs 1.74 crore through the National Biodiversity Authority (NBA) and Rs 2.56 lakh from companies accessing biological resources. A total of Rs 53.04 lakh has been shared with the BMCs and benefit claimers from whose area the biological resources were accessed.

Further, legal notices were issued to 577 companies utilising biological resources in their business out of which 37 companies had responded with an application to the Board seeking approval for access.

BDA 2002 rules say that sites home to rich biodiversity may be declared as biodiversity heritage sites (BHS). This will help provide for the conservation of areas of biological significance outside forests and those that are within the jurisdiction of local communities.

Protecting these sites contributes to achieving biodiversity conservation as well as provide agency to local communities in managing them through traditional or established means.

In Tamil Nadu, 36 proposals for BHS were received, out of which, 10 were shortlisted for review. Three sites namely Arittapatti (Madurai), Vagaikulam (Tirunelveli) and Tamil Nadu Agricultural University (Coimbatore) have been selected after review and field visits by the BHS Expert Committee. The procedure to declare them as BHS is in progress.

The local community is also an important stakeholder in preparing People’s Biodiversity Registers (PBR). A PBR is a document that contains information regarding the biological resources available in a region and associated knowledge held by local communities.

One of the first steps for conservation and sustainable use of the local biodiversity is to document and profile the local biological resources and the associated knowledge. A PBR is the document that accomplishes such documentation.

A participatory exercise with the local communities is important so as to incorporate the local traditional knowledge and practices. However, the information provided by the local people has to be cross-checked and validated and that is accomplished by a technical support group, which is constituted at the district level.

Besides its basic function as a register, a PBR helps in promoting the micro economy of a region. It makes local communities aware of the biological resources in their region as well as in monitoring the access and use of these resources by external entities.

In this way, communities can make informed decisions about resource use and access, paving the way for sustainability. Also, funds shared as part of ABS further enable these communities to protect and conserve the natural environment around them through various means besides helping them sustain their livelihoods.

Earth Day 2022 with the theme “Invest in our planet” provides further impetus to realise the objectives of CBD and BDA 2002.

We have taken and can further take the step to act (boldly) through legislations, innovate (broadly) through community participation in conservation and implement (equitably) through the fair and equitable sharing of benefits arising out of the use of biological resources found on the planet.