Fascination and challenges of the search for extra-terrestrial life 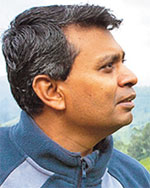 There are 250-500 billion stars, many of them like the Sun, in our spiral galaxy, the Milky Way. Almost every star in the Milky Way is home to at least one planet. Scientists involved in the Search for Extra-terrestrial Intelligence or SETI, as it is commonly known, scan the sky with radio telescopes to detect radio signals emanating from outer space. Their presumption is that if there is intelligent life in the universe, they too would have the ability to communicate using radio waves.

To calculate the likelihood of making radio contact with extra-terrestrials, scientists apply what is known as the Drake Equation, formulated by astronomer Frank Drake in 1961. It has been estimated that the number of radio-transmitting civilisations in the Milky Way is about 10,000. But so far, there has been an eerie silence. Drake, believes that it is only a matter of time before we make contact with extra-terrestrial civilisations. 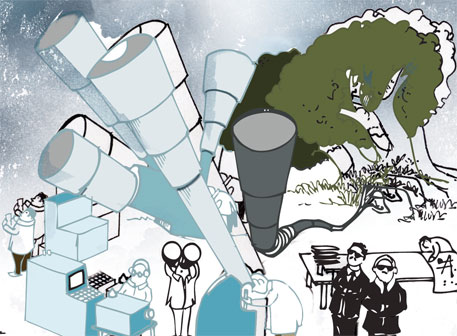 Since 1947, there have been several sightings of “flying saucers” reported from across the world. In 1952, George Adamski wrote about his encounters with extra-terrestrials from Venus, Mars and Saturn in his book Flying Saucers Have Landed. He claims that they had told him that all planets in the solar system were inhabited. It is said that soon after Neil Armstrong and Edwin Aldrin landed on the Moon, they saw two flying saucers on the rim of a crater.

Some of the pre-historic cave paintings worlwide give clues that these flying saucers may have been visiting Earth since time immemorial. Some years ago, anthropologists working in a hamlet in Madhya Pradesh came across cave paintings that depict what appear to be extra-terrestrials and their flying saucer.

The Dogon tribes of Mali in Africa have known of the existence of a companion star of Sirius, which is not visible to the naked eye, as far back as 3400 BC. Sirius, which happens to be the brightest star in the night sky, lies about 8.6 light years away from Earth. The tribes believe their ancestors were told about it by extra-terrestrials from a planet in the Sirius star system who had visited Earth. Writing about Sirius in his book A Hermit in the Himalayas, philosopher Paul Brunton says, “The beings who people it are infinitely superior in every way to creatures who people Earth. In intelligence, in character, in creative power and in spirituality we are as slugs crawling at their feet. The Sirians possess powers and faculties as which we shall have to wait a few ages to acquire. They have already detected our existence, while we do not even know and often do not even believe that star worlds are inhabited.”

If we gaze into the night sky, the incomprehensible vastness of the universe can awe us into silence. The proposition that our universe may be teeming with life is not far-fetched. Our understanding of the universe may well extend far beyond what we understand. Perhaps, in the not-so-distant future, we may get an answer to the question whether or not we are alone.

Sanjay Sivadas is a travel writer based in Bengaluru. He may be reached at sanjaysivadas@yahoo.com