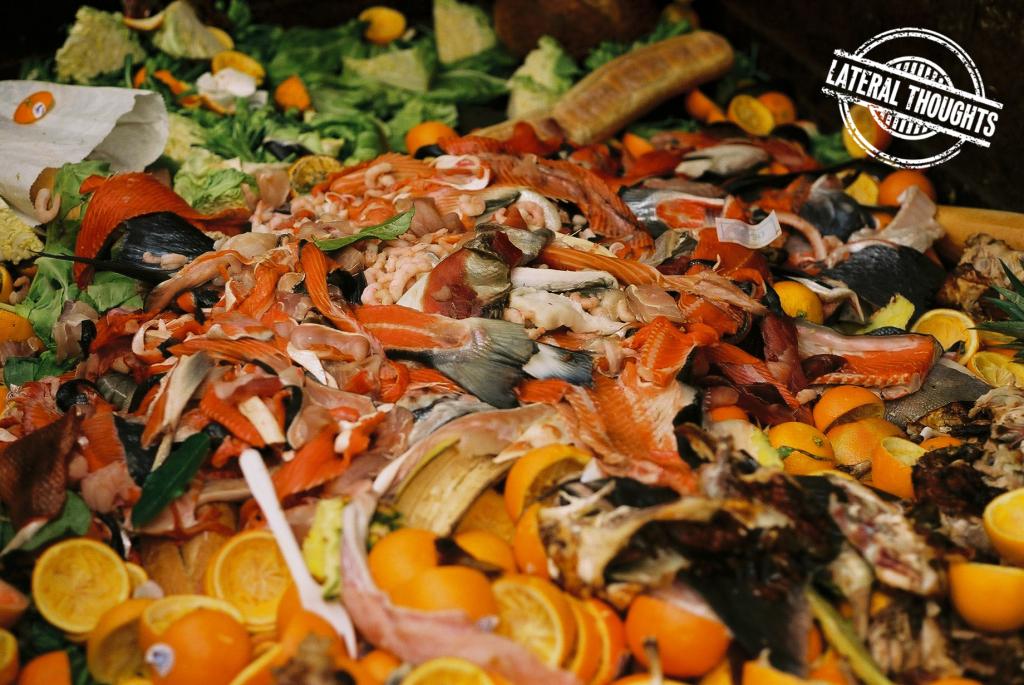 We see food being wasted in parties and at restaurants. We see it in the garbage and on the sides of the roads. But only a few countries have the data to determine how much food they waste.

The United Nations Environment Programme (UNEP) wanted to find out per capita food waste generated after the food reached retail stores, restaurants and canteens and homes. They scoured research studies and data to estimate the amount wasted.

Only 52 countries had data on the volume of food waste generated per capita, UNEP reported in the Food Waste Index, 2021.

In India, the researchers could find only three studies to rely on. All of them dealt with food waste generated at only the household level.

Using this limited data, they calculated the waste generated across the globe. According to the extrapolated data:

Every individual wastes some 121 kilograms of food each year. Out of this, 74 kg is at the household level while 32 kg and 15 kg are at food service and retail level respectively. Overall, 17 per cent of food is lost between retail and home.

But there is a catch. The reason for this conflicting finding is the way food waste has been defined in the study: It included inedible parts such as bones, shells and vegetable peels along with the edible portions.

This definition overlooks the fact that in developed countries, processed food reaches homes while in lower-income countries, raw food is brought in and meals are prepared from scratch. This means that in poor countries, inedible parts are discarded at household levels.

In developed countries, similar waste would have been generated at the processing unit, but it is not in the purview of UNEP’s index.

The data on the breakdown between food and inedible parts wasted is available only in a few high-income countries. It showed that around 50 per cent of food wasted at home is inedible. The report acknowledged that the proportion of inedible parts may be higher in lower-income countries, but because the data unavailable, it could not factor the same in their results.

The UN’s Food and Agriculture Organization created the Food Loss Index in 2018, which measures losses across the supply chain, up to but not including retail. This index, however, does not provide data comparable with the Food Waste Index and looks only at limited commodities.

Central and southern Asia accounted for most food loss (20 per cent) between post harvest and distribution periods. But inedible food does not get recorded here either.

UNEP suggests that countries disaggregate the data on food waste. Other than separating the edible from the inedible, information on the destination of waste — sewers, home composting and animal feed — would help in policies and interventions to reduce waste.

Reporting on food waste created during processing would also remove the ambiguity in data. The ultimate aim is to ensure that food waste does not enter the landfill.

Developing as well as poor countries need to quickly get their acts together and collate data on food waste in local conditions. For India, which fails even to segregate wet and dry waste, this may remain a pipe dream for a long time.

Segregation would also help use traditional methods of dealing with waste. In rural areas, a large part of the vegetable waste is used to feed cattle and pigs.

Reducing food waste is crucial for many reasons. One, the food wasted could have been fed to someone. About 25 per cent of available calories and protein are lost globally. This includes 10-15 per cent fats and 18-41 per cent vitamins and minerals, including 23-33 per cent of vitamin A, folate, calcium, iron and zinc.

At the same time, resources such as water, land, energy, fertilisers used to grow food are also wasted.

Food systems have been identified as one of the major contributors to climate change. The United Nations-mandated Sustainable Development Goal 12.3 underlines that countries halve their per capita food waste. A 50 per cent reduction in food waste alone could meet the 2 degrees Celsius limit set under the Paris Agreement.

It is quite likely that urban areas are piggybacking on rural areas where the waste is managed more efficiently. Only real data can tell.