Our vegetables have become blemish-free, resistant to pest and long-lasting, but they have lost their flavour in the process 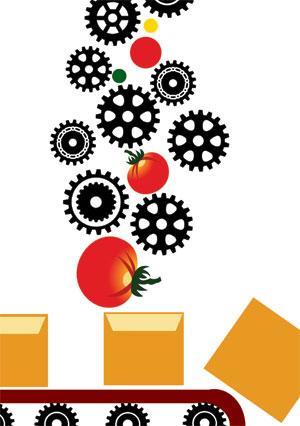 My readers will recall my defense of non-vegetarianism in India. As I had said, the discussion about the food we eat is more about how we grow food and how much we eat. It is not about the food—in this case meat—per se. Livestock is also an asset of farmers, I hold, and if we take away their ability to sell it for meat, we make them poorer. It demonitises their important asset. Many of my readers had responded in anguish to my position. I want to keep discussing manufacture of food with you, but this time, from the other side of the fence.

I had also said that vegetarianism is important for the health of the Planet, where meat is grown badly and eaten in unhealthy quantities. At a recent meeting of the EAT Food Forum in Stockholm—a fascinating annual meeting to discuss the sustainability of what we eat—it dawned on me that eating plants would not be so easy for a world where this is not common. It would require reinventing plant-based cuisines and figuring out what makes plants taste good. We, in India, take our vegetables for granted. We know how to cook them for taste and colour. And more importantly, our vegetables taste good; they have flavour. But go to the supermarkets of the Western world and vegetables only look good. They have no taste.

Mathias Dahlgren is a Michelin-starred chef, who has just opened Stockholm’s first finedining, vegetarian-only restaurant. He says his task is more difficult because there is no vegetarian cuisine in the Nordic countries. They did not grow vegetables till just 20 years ago. Meat is the staple. How then will the country and others like it turn over a new leaf so that meat becomes the condiment, vegetables the main?

For me, the more fascinating question is about taste. What gives vegetables their taste? It is the way it is grown and what it is grown for. The world has moved away from the taste in vegetables to their other qualities, such as the gleaming looks without dark spots and, of course, the ability to last when being transported.

Look at tomato. The lusciousness of this mushy vegetable is what gives it flavour. But as Barry Estabrook describes in his book Tomatoland, beauty of the industrially grown tomato is only skin deep. The tomato—grown on vast lands in Florida and exported through the year—has transmuted. The journey of this vegetable tells us what is in store for us.

Tomato is from the Solanaceae family, and, with some 3,000 known species, has origins in China and India as well as in Central and South America. But the industrially grown vegetable has been bred and domesticated over the years from a single species S lycopersicum. This has been developed and groomed for the market as we know (and love) it today. We need and prefer our vegetables to be produced as in a factory. Scientists have worked to make the tomato self-pollinating. This has assured quality as there is no messy chance of cross-pollination, where the tomato would get pollens from other plants to produce fertile seeds. Self-pollination is where the single domesticated plant can breed with itself and produce seeds that are basically clones.

The first trait the market has polished is the perfect blemish-free shape, round or pear. Then there is the matter of building resistance to pests and abiotic stress so that yields go up. The third priority is to make sure that the vegetable lasts on the shelf and the skin is tough so that it does not bend out of shape when transported. But the harder the tomato is, explains Estabrook, the blander it is likely to taste. This is because the gooey part called the locular jelly, which gives the vegetable its acidity, has no strength. The pericarp tissue, the skin, gives it strength and some sweetness but no acidity. So, crop scientists have junked one for the other. In the process, they have lost everything from nutrition to flavour. Surveys in the US have found that today’s tomato has 30 per cent less vitamin, 30 per cent less thiamin, 19 per cent less niacin and 62 per cent less calcium than it did in the 1960s.

The darkest part of this vegetable story is that even flavour is today manufactured through molecular or genetic breeding. It is not about the idea of growing different species and selecting and growing for taste and nutrition. It is about manufactured food.

Let’s understand then that food is as food is grown. So, vegetarianism is about discussing the nature of agriculture. How will farmers grow vegetables that taste good and also give them remuneration for this treasure of diversity?

I write this particularly for us in India. We take our plants too lightly. We have the diversity that would make even the tomato blush. But that is not what we desire. Instead our aspiration is to get the same factory foods with supermarket looks. Looks can please, but taste and nutrition alone can satisfy.