Nutritional security could have made the fight against COVID-19 easier 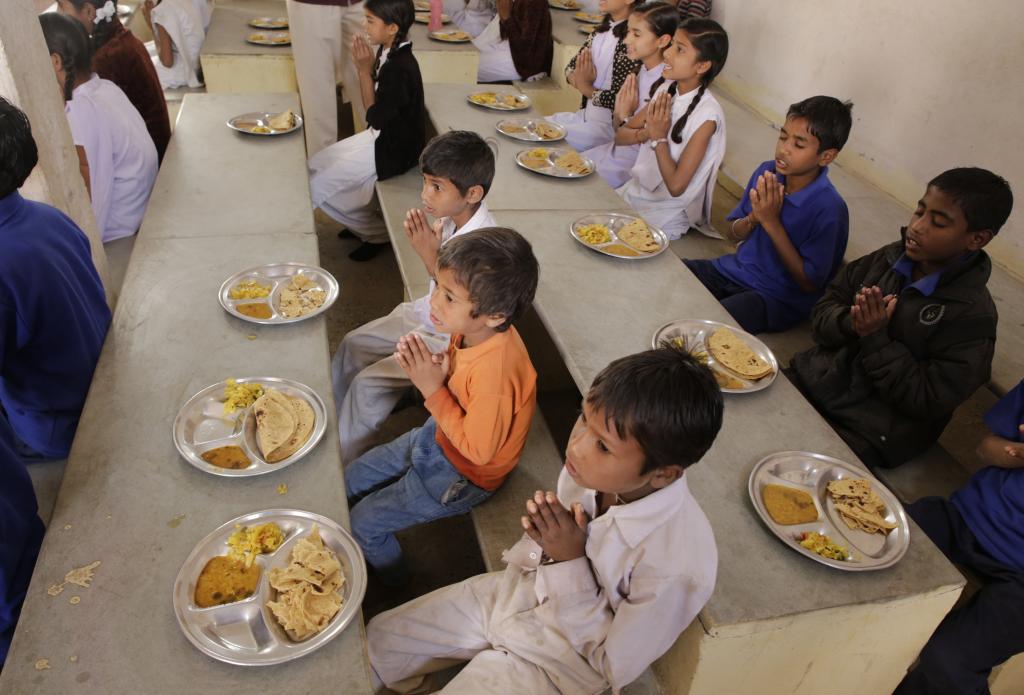 The Covid pandemic reminds us that we may have to fight a battle more than once to win it. Low-income countries like India faced a multi-pronged crisis during the pandemic — containing the infections while being home to 195.9 million of the 821 million undernourished people in the world.

Prevalence of undernourishment in India is 14.8 per cent which is higher than the global and Asian average, as per the Food and Agricultural Report 2018. Because of chronic undernutrition, 4 out of 10 children in India do not meet their potential.

The country also has 14 of the 20 most polluted cities in the world and stands the danger of high incidence of acute respiratory infections. The pandemic underlined the popular saying that health is wealth and that it is immunity that matters. Survival of the fittest has never been more relevant.

Nutrition has lifelong consequences on human capital, poverty and equity. Nutritional deficiencies early in life can impact the cognition, concentration and energy levels of students. According to the World Bank, a 1 per cent loss in adult height due to childhood stunting is associated with 1.4 per cent loss in economic productivity.

India is home to the largest number of children with anaemia (58.5 per cent), underweightedness (35.8 per cent) and stuntedness (38.4 per cent).  Jean Piaget’s theory of cognitive development developed in 1936 substantiates that cognitive stage begins at birth. The foundations for learning capacity, analytical skills and numerical proficiencies are laid before the age of three.

The global focus for optimal brain development is on the first 1,000 days of a person’s life, shows a 2007 Lancet study. It is during this period that the human development potential has to be nourished for building the human capital.

Genetic determinants, environment and diet play a critical role in shaping the future human resource. For a country like India which is set to overtake China as the world’s most populous country by 2027, it is imperative to rush investments in health and education to reap the ‘demographic dividend’ expected to peak by 2047.

Malnutrition is among the leading causes of death and disability in the country followed by dietary risks and wrong diet. Consumption pattern has changed drastically, marking the disappearance of many nutritious local foods to make way for processed foods and livestock products.

While foodgrain production has increased over five times since independence, problem of malnutrition lingers. This is supported by NSSO data of most developed states having the lowest average calorie consumption, hinting that high calorie intake may not directly be related to overall wellbeing.

This weak link between growth in income and nutritional outcomes requires the attention of policy makers. The Food and Agriculture Organisation reports that nutrient-adequate diet costs $2.12 a day which is more than the international poverty line. This means that 18 per cent of South Asians cannot afford the nutrition-adequate diet even if entire income is spent on food.

About 7,000 of the 250,000 globally identified plant species have historically been used in  human diets. Today, the basis of world’s agriculture is 30 crops and just 3 species of rice, wheat and maize supply the world’s dietary calories.

Genetic diversity of crops and a rich genetic pool are fundamental to nutritional security. Enlarging the culinary diversity and widening the consumption pattern and adopting new crop varieties should go hand-in-hand with the conservation of traditional varieties.

A case for public healthcare

The epidemic has brought to the limelight that private sector services can hardly be a dependable option in the Indian context.

Private healthcare services are generally averse to infectious diseases with unpredictable profiles. The 75th round of National Sample Survey estimated the average medical expenditure for treatment per case of hospitalisation at the national level at Rs 4,452 for the public sector and Rs 31,845 for the private sector.

The increased incidence of lifestyle diseases and the strong survival instincts of the germs and anti-microbial resistance also pose problems. Globally, about 35 per cent of common human infections have become resistant to available medicines and about 700,000 people die every year because available antimicrobial drugs have become ineffective at combating pathogens, pointing to the vulnerability of human race.

Our greedy explorations into the animal domain have gifted us zoonotic epidemics of the millennium like SARS, bird flu, MERS and COVID-19. A healthy and robust human resource is the real foundation of a nation.

The key lies in strengthening the immunity through support systems even in the absence of epidemics and pandemics. The invisible mask of immunity attained through diet management and nutritional security can act as the real shield. After all, our body is the home we live in for as long as we are alive.