Plant-based beverages are no match for bovine milk

Consumers must not be swayed by such drinks using the term ‘milk’ as cow milk is superior in nutrition, taste and is economical too 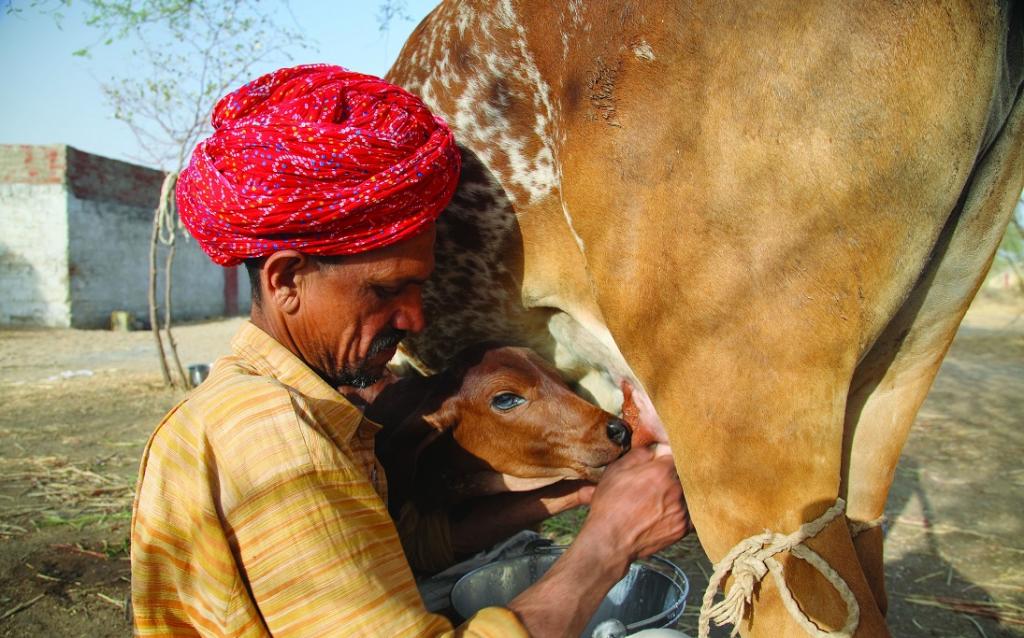 Milk has been an unquestioned staple food of the Indian diet since centuries. It is the first food that is received by any mammal after birth. It is a nutrient-dense food of highly bioavailable nutrients at a very low cost. Milk is considered almost a complete food.

These days, some imitation products (plant-based beverages) are trying to misguide and confuse consumers through systematic wrong marketing, using the dairy term “milk” for non-dairy beverages. Under such circumstances, consumers must get science-based real information on milk and milk products.

In 2018, PBB sales in India were 40 per cent in northern, followed by western (30 per cent), southern (20 per cent) and eastern (10 per cent) parts of the country. Soya and almond beverages consist of around 40 per cent of the market share in India.

Selection and consumption of any product as part of one’s diet are preference-based. If a person is changing his / her food habits by replacing milk and milk products with plant-based dairy alternatives, one should not overlook the nutritional differences and health impact of the latter. The major problem in changing lifestyles these days is following trends while overlooking scientific facts.

According to the Codex Alimentarius Commission, the apex body for collection of internationally adopted food standards and related texts:

Milk is the normal mammary secretion of milking animals obtained from one or more milkings without either addition to it or extraction from it, intended for consumption as liquid milk or for further processing

Food Safety and Standards Authority of India (FSSAI), an apex body for all matters related to food safety and standards in India defined milk as:

The normal mammary secretion derived from complete milking of a healthy milch animal, without either addition to that or extraction therefrom, unless otherwise provided in these regulations and it shall be free from colostrum

PBBs are commonly referred to as “plant milk” so that consumers presume that they are purchasing products nutritionally equivalent to milk, which is not true. Consumers should understand that the nutritional composition of natural bovine milk is consistent and has only one source: milk. On the other hand, PBBs are manufactured products with several ingredients in varying proportions.

Cow milk is higher in energy and fat compared to PBBs. The energy content of PBBs is primary ingredient specific, mainly oil and sugar, while the milk fat comprises numerous types of fatty acids with varying functional properties that give milk its unique flavor.

Cow milk contains over six times the amount of protein present in almond, rice, and coconut-based beverages. The protein quality and their digestibility are determined by protein digestibility corrected amino acid score (PDCAAS).

The carbohydrate present in milk is lactose, which is a naturally occurring disaccharide. It is comprised of glucose and galactose. Galactose is required in synthesis of glycolipids that are essential for the formation of brain tissues.

The glycaemic index (GI) is a value used to measure how much a specific food increases blood sugar level. Lactose is a low GI sugar. On the other hand, the carbohydrate content of PBBs comprises mainly of added processed sugars.

The GI of cow milk is around 47, soy drinks (48), almond drinks (64), and rice drinks (up to 100). Hence, to reduce the intake of processed sugar and subsequently achieve low blood glucose levels, one should opt for real milk.

Some people blame milk sugar lactose, as part of our population may be lactose intolerant. However, this intolerance depends on the dose of milk that you consume.

Dairies do provide low lactose milk. Another alternative is to use fermented milks like curd, yogurt, buttermilk, etc, where almost 25 per cent of the lactose is hydrolysed. Galactose generated out of lactose is required for brain development.

It is essential to note that cow milk is naturally rich in many micronutrients, which its counterpart PBB lacks and therefore, it is fortified with plenty of micronutrients.

Cow milk is a recognised source of bioavailable calcium, that has an essential role in bone health. The European Commission has highlighted the importance of iodine for normal cognitive function, thyroid function, growth in children and regular skin maintenance.

Cow milk is a rich source of iodine, that is again negligible in fortified PBB. Vitamin B12 is vital to keep nerves and blood cells healthy and to make DNA as well. About 250 milliltres of cow milk provide about 90 per cent of daily reference intake (2.5 milligram) of Vitamin B12.

The cost of PBB is much higher than the price of cow milk, while nutrient density is very low. The product’s high cost gives the impression that it may be healthier, but the truth is the other way round.

Dairy proteins have a very clean, neutral and mild, milky flavor, while PBB can be grassy, earthy and have a beany flavour. These off-flavors usually create a need for flavour-masking agents, while dairy comes with far less requirement of such additives.

This shows that cow milk is superior in nutrition, taste and is economical too.

The FSSAI in 2017 gave guidelines on using dairy terms, that shows that PBB can not use the term “milk.” The authority is also in amendment of the regulations of 2017 and defines the term ‘analogue’ in the dairy context. This indicates that PBB is analogue and cannot misguide consumers by using terms specific to dairy.

Probably no dairy is against PBBs and respects the consumer’s choice. However, using the term milk, taking advantage of brand equity of milk and at the same time blaming milk does not look sensible and is purely a game of misguiding and confusing the consumers.

This should stop, and national and international legislation should be followed in the interest of the consumers. Milk is nutritionally superior and a “clean label” compared to PBBs. An appeal to consumers is that health must always be on top while making food preferences.

Parmar and Parida are research fellows and Prajapati is a chairperson at the Verghese Kurien Centre of Excellence, Institute of Rural Management, Anand, Gujarat