Coal mining and India’s tribal peoples: Inequality as the death knell of community 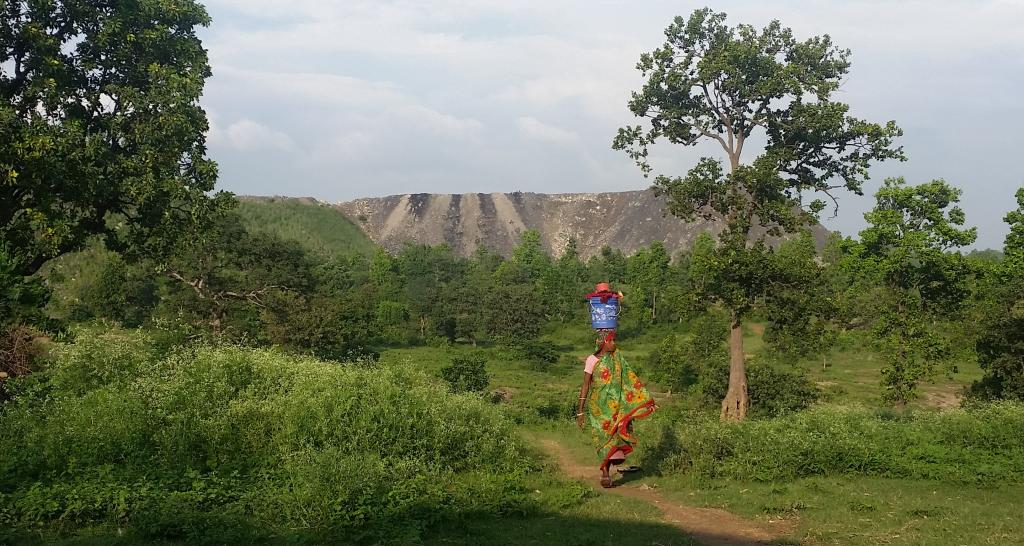 The Adivasi village of Karampot, in Jharkhand, among India’s most prominent coal-bearing regions, consists mostly of mud and some basic brick houses. Scattered alongside them, however, is a smaller number of much more conspicuous structures: Sizable, brightly coloured, gated concrete houses, most often with a large motorbike parking in the courtyard.

Only about a decade ago, such stark disparities in living conditions were not part of the landscape. It is all due to coal mining.

In recent years, the impact of coal and other mining projects on India’s Adivasi communities who inhabit much of the country’s resource-rich tracts has drawn significant public attention.

The problem is not only these projects’ environmental footprint. Critics point out how mining brings about large-scale land dispossession for Adivasis and leads to the pauperisation and destruction of their communities, which are traditionally reliant on access to land and forests.

But there is another, more hidden effect of mining that could spell the death knell of tribal society: New, profound forms of inequality in these communities, which fracture their very social fabric.

This was what I discovered in Karampot and the area, where I lived and did fieldwork for 18 months between 2015 and 2017. Compared to the rest of Indian society, marked by pervasive social hierarchies along the lines of caste and class, Adivasi communities are considerably more egalitarian in their structure and values.

This is reflected, notably, in low-economic differences between households, and an age-old practice of mutual labour exchange, for example, to construct and repair their mud houses. I can ask my neighbour to help me seal my house’s tiled roof before the rainy season, and I’ll help him seal his in return.

All this existed in Karampot as well, but has been steadily disintegrating since mining and dispossession entered the scene some 15 years ago. Here lies the nub of the matter: Rather than uniform impoverishment, as is often assumed, mining and dispossession have led to the emergence of social differentiation within the community, producing salient internal disparities.

Paradoxically, the culprit is a relatively generous compensation policy for land that is dispossessed for state-run mining projects. In 2008, one such project located not far from Karampot announced that as part of an expansion plan, it would be taking over the entire territory of a neighbouring Adivasi hamlet to make room for a new opencast pit. 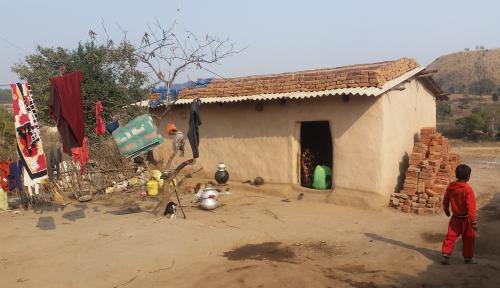 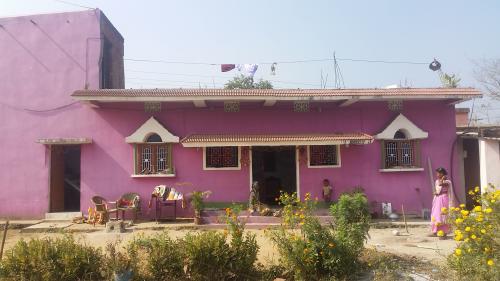 In a village in Karampot, Jharkhand. Mining and dispossession have led to the emergence of social differentiation within the community, producing salient internal disparities. Photos: Itay Noy

For their loss of land, and after a lengthy process of negotiation with the project by local Adivasi political leaders, most of that hamlet’s residents were able to receive jobs in the colliery as assistants, as part of the existing but often poorly implemented compensation policy for dispossession.

For many of these Adivasis, especially from the younger generation, relinquishing in exchange for a compensatory job wasn’t in fact a bad deal. Like most Adivasis in rural India, they had been struggling to get by through subsistence agriculture, faced with demographic pressure and casual wage labour.

The possibility of a permanent, salaried job — a scarce, sought-after commodity in India’s precarious labour environment especially for marginalized populations such as Adivasis — was certainly attractive.

The jobs that were meted out to Adivasis near Karampot can be seen as a success, or at least a relative one. Indeed, compared to the multiple reported cases where compensation for dispossession by mining was nowhere near adequate, the attainment of jobs around Karampot — following pressure and mediation by local leaders — was a much more favourable outcome.

But it also had ruinous side effects, as it produced novel, striking inequalities within local Adivasi society. Having had to leave their old hamlet, taken over by the mine, some of the newly employed Adivasis have moved to neighbouring Karampot, where they built large cement houses and now make up a privileged minority with secure, gainful work.

The rest of Karampot’s inhabitants, on the other hand, live a veritably precarious existence. While they still hold on to their modest farming plots, mining has affected them as well: From the blasting that cracks their mud house walls to the ubiquitous coal dust that pollutes the air and soil and to the expropriation of common grazing and forest areas around the village.

However, because they have not — as of yet — lost own land to the mine, they are ineligible for any kind of compensatory employment. Instead, they have taken to peddling coal on bicycles, gathered illicitly from the colliery’s depot yard, as a way to survive.

While for those who gained it, compensatory employment has allowed pursuing upward mobility aspirations — increasingly common among younger Adivasi generations — their coal-peddling Adivasi counterparts feel excluded and left behind.

In addition to their concrete dwellings, employed local Adivasis usually own a motorcycle; throw relatively expensive wedding celebrations; and send their children to private schools outside the village.

Differentiation has emerged not only between households but also within them. Rajkumar and his nuclear family, for example, live on the same compound as his two younger, non-employed siblings and theirs.

As the older one, Rajkumar took on the compensatory job for the household’s plot of land. As the employed brother, Rajkumar purchases rice grains and other basic foodstuffs for the entire household; nonetheless, disparities within the household are impossible to miss.

Rajkumar and his siblings, for example, live under two very different roofs. Abutting the same open courtyard, his brothers occupy a mud dwelling, while he, his wife and their baby boy live in a newly built cement house with a large television and speaker system.

Unlike land, which is a joint household resource, a job is an individual asset, and employees’ salaries are ultimately intended for their and their own nuclear families’ needs and wishes.

Compensatory jobs for mining-induced dispossession have then resulted in Karampot in the emergence of marked social differentiation, between the group of employed Adivasis and all the rest.

While disparities between households in the community did exist before the onset of mining, they were minimal and transitory, which was very different from the inequalities of caste society in the Indian plains. Now, compensatory employment was leading to intra-community inequality of an unprecedented order.

Many villagers I spoke to, especially from the older generation, lamented that this has destroyed community solidarity. Displays of new relative wealth by recently employed Adivasis enhance the sense of marginalisation and have triggered resentment among worse-off villagers, who feel lagging behind in terms of upward mobility and lifestyle.

Cracks in solidarity and preexisting values of egalitarianism have become progressively more evident. The Adivasi practice of mutual labour exchange, for example, is in decline. Employed and non-employed villagers now essentially occupy distinct types of houses, with different needs.

Whereas the former’s mud houses have clay roofs that repeated re-sealing, the latter’s cement houses can easily withstand the monsoon rains. This kind of differentiation has eroded the material basis for reciprocity, which had not only been an important economic pillar of the community but also reflected an Adivasi egalitarian ethic.

Historically, this ethic represented an alternative and antidote not only to India’s dominant caste-divided society, but also to its unequal capitalist economic trajectory. Now, however, it is being undermined by mining, dispossession and compensation.

While extractive projects, as Karampot’s story illustrates, do not always necessarily pauperise Adivasi communities as a whole, they can create new and substantial inequalities and divisions within them, which chisel away at their egalitarian elements.

As is evident in Karampot, capitalist economic dynamics are beneficial for some, but detrimental to others. In some cases, rather than dispossession itself, it is the insidious processes of inequality unleashed by them that break down what was there before.

Itay Noy is a Postdoctoral Fellow, Department of Development Studies, SOAS, UK. Views expressed are the author’s own and don’t necessarily reflect those of  Down To Earth