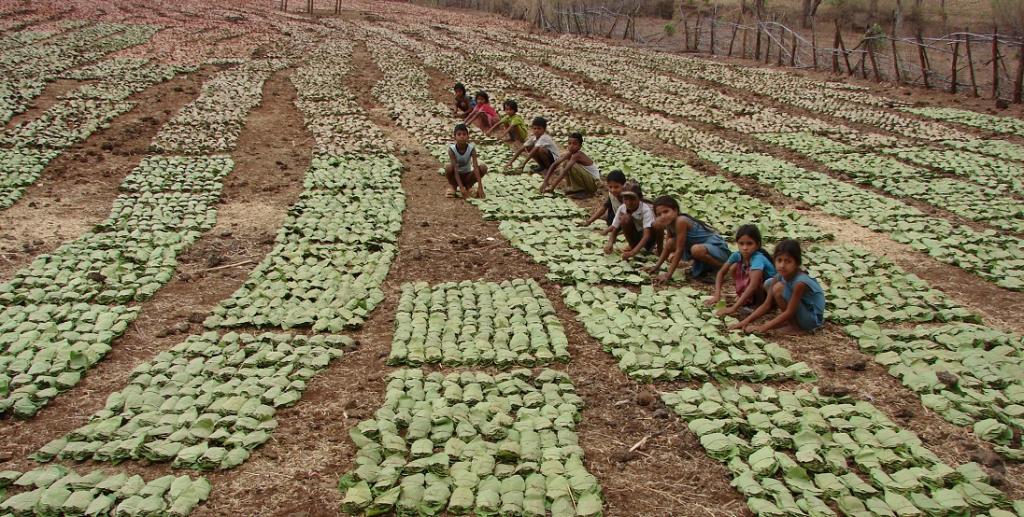 The collection, use and sale of minor forest produce by forest dwellers also got severely affected due to the pandemic. Photo: Kumar Sambhav Shrivastava / CSE

But it is heartening to witness hundreds of stories of empowered communities under the India’s Scheduled Tribes and Other Traditional Forest Dwellers (Recognition of Forest Rights) Act, 2006, also known as Forest Rights Act (FRA) coping with the crisis with remarkable resilience.

Understanding the drastic impact of the pandemic on forest communities and their spirited efforts to tackle it is vital in these times of chaos, climate concerns and socio-economic distress.

The COVID-19 pandemic exposed many lacunae in the implementation of welfare schemes and services. Following the announcement of the first phase of lockdown, there was an exodus of nearly 40 million internal migrants from the cities to rural areas.

These included tribals and other forest-dwelling communities who got stuck in the cities without any support system, shelter, food or water.

The absence of healthcare facilities in tribal areas, with a prevalence of diseases and health concerns such as malnutrition, malaria, leprosy, etc, severely limited the capacities to deal with any major COVID-19 outbreak, posing a serious threat to the tribal population.

The poor access of tribal and forest dwellers to the public distribution system was reported from all states. There were also various reports of starvation from the tribal areas since they remain excluded from most of the socio-economic schemes benefits.

The lockdown measures have badly affected wage employment for tribal communities. FRA title holders are entitled to an additional 50 days of work under employment guarantee schemes with which they can take up activities such as land development and enhanced productivity of Community Forest Resources (CFR).

It was only after demands from people’s organisations and civil society groups that over 16,000 new names were registered for employment and got work on an average of 25 days across a number of states.

The collection, use and sale of minor forest produce (MFP) by forest dwellers also got severely affected due to the pandemic. An estimated 100 million forest dwellers depend on MFP for food, shelter, medicines and cash income.

The season for collecting non-timber forest produce this year coincided with the lockdown. This adversely impacted those whose livelihoods depend on MFP.

After demands from people’s organisations, the Government of India’s Minimum Support Price (MSP) scheme for procurement of selected MFPs was further revised and procured a value of Rs 152 crore MSP during the pandemic.

The survival of the particularly vulnerable tribal groups living in remote and scattered geographical locations in India was another issue. Incidents of the forest department illegally demolishing houses, beating up women and children and filing cases against them under several strict provisions were reported.

Amid such hardships faced by tribal communities, the dilution of laws and policies under the theme of ‘Self-Reliant India’ to boost the economy has increased resentment among them.

There has already been diversion of around 0.39 million hectares (ha) of forest land between 2008 and 2019. Recent announcements regarding the dilution of Environment Impact Assessment and liberalisation of entry norms for private entities in the coal sector has increased tribal anger.

FRA has the potential to secure the forest rights of at least 200 million tribals and other traditional forest dwellers over 40 million ha (50 per cent of India’s forest land) covering 177,000 villages.

It has been a decade and a half since the law was passed. However, only 13 per cent of the 40 million ha has been demarcated under the FRA by the environment ministry.

This laxity in duly recording existing forest rights and the resultant tenurial insecurity is likely to increase vulnerability and more adversely impact livelihoods and food security of forest dwellers during the pandemic and after.

Rights recognised under FRA and PESA (Provisions of the Panchayats (Extension to Scheduled Areas) Act, 1996, have helped to facilitate support for forest communities at various levels by overcoming constraints and crisis situations during times of wide scale distress.

There are case studies documented from various parts of the country where empowered village assemblies under FRA initiated a holistic COVID-19 governance plan well before local administration.

There are also examples of how secure tenure and empowered village assemblies helped reduce distress migration during the pandemic.

For instance, a study done by the Community Forest Rights - Learning and Advocacy or CFR-LA recorded stories from Central India.

Around 50 gram sabhas in the Gondia district of Maharashtra organised a federation that guaranteed competitive prices and bonus for the communities for their produce collection. It earned Rs 2.5 crore by selling Tendupatta, an MFP, while taking precautions against the spread of COVID-19.

There are also striking examples of how local knowledge and long-term conservation efforts led by local people can create healthier and more diverse ecosystems.

For example, Adivasi Kondh communities in Nayagarh, Odisha, were able to survive on a diverse range of forest foods during the lockdown as they had been regenerating their natural forests for over four decades.

Women also played a key role in managing the crisis in areas where the village assemblies were empowered. In the Dindori block of Madhya Pradesh, women organised a system of food distribution and water collection that made sure that physical distance was maintained in tribal villages.

Since the legal recognition of their CFRs in Dhule, Maharashtra, communities have been practicing self-sufficient agriculture as a way of long-term cluster development. This long-term practice helped them to save foodgrains and vegetables that helped them during the pandemic.

The strong resilience of communities in these tough times exemplifies their ownership and deep sense of belonging to the forests. Tribals have been the prime conservationists of forests and have managed the biodiversity of forests since ages.

Deep forests are a complex ecosystem encapsulating the grand narratives of resources, nature, biodiversity and lives. Breaking this ecosystem would only intensify the dispossession, alienation of the communities, thereby adversely impacting the forests.

Whether the government learns from these stories of resilience and works towards effective implementation of the FRA remains to be seen. The communities however would continue with their spirit of survival, securing their habitats and existence within the ecosystem.