Is bamboo a tree or a grass? 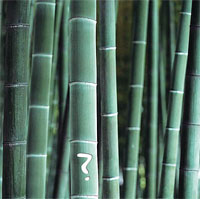 The definition is contested as the answer has immense economic implications. If bamboo is a tree or timber, it belongs to the forest department and can be auctioned to the paper and pulp industry, often at throwaway rates.

If it is a grass, then it would be classified as a minor forest produce and people would have the right to cut bamboo for sale or for value addition by making furniture or baskets.

The Indian Forest Act 1927, the bible for forest managers in the country, says “forest produce” is what is found in or brought from a forest. This includes trees and leaves and plants that are not trees. Furthermore, trees include palms and bamboo. Timber is defined as trees, fallen or felled. Over the years, foresters have interpreted these provisions to mean that bamboo, being a tree, is timber and, therefore, under the control of the department. The legacy passed down from generations of forest managers has meant that this grass-like tree is not included in the list of minor forest produce.

The minor produce of a forest is everything valuable that is not timber. This produce, from tendu used in beedi manufacture to lac resin and tamarind, is big bucks business. It is also the main source of earning a living for the people who live in and around the country’s forests. The opportunity is to use this ecological wealth for building economic wellbeing of the people, mostly poor, in these rich regions. But forest policy has worked deliberately to destroy this option.

So over the past years different state governments have nationalised different produce and differently handed them over to either federations or contractors or corporations to collect and sell. People, who live in the forests, have no right to sell the nationalised minor forest produce, other than to governments. They are wage labourers and collectors for contractors and forest departments.

B D Sharma, a former civil servant who has spent a lifetime campaigning for the rights of tribal communities to forest produce, will tell you that many attempts have been made to correct this distortion. In 1974, when the tribal sub plan was conceptualised, it was agreed that the collector would be the owner of the produce. But even as the policy got operationalised governments took control over the produce, leaving collectors to be just collectors.

Then in 1996, the Central Act for panchayats in Scheduled V (tribal) areas was passed. It directed state governments to ensure that in these areas gram sabha (the village assembly) would be given the “powers of ownership of minor forest produce”. But even before the ink on the Act was dry, the resource battle was lost again.

The fight for the minor produce does not stop here. In 2006, the Forest Rights Act (FRA) for the first time defined minor forest produce as including bamboo and tendu and many other things. It also gave tribals and other traditional forest dwellers the “right of ownership, access to collect, use and dispose of minor forest produce, which has been traditionally collected within or outside village boundaries.” Now the fat is in the fire. Tribals and other traditional forest dwellers have the right to both collect and sell bamboo.

What happens now? As my colleagues found when they traversed the country’s tribal districts, the right exists only on paper. Of the 2.9 million claims settled under the FRA, only 1.6 per cent pertained to community rights. Worse, virtually no right of any community has been recognised for minor forest produce. They noted the missing right was deliberate. Governments across the tribal districts ensured no information was ever provided to people that this right was available. The technique was simple: the form issued to people to ask for rights left out this provision.

Two villages did ask. Menda Lekha and Marda in Gadchiroli district of Maharashtra asked for the community right over their forest and its produce. The right was recognised. But as Mohan Hirabai Hiralal, an activist working with the villagers, will tell you this legal right is still not worth the paper it is written on. The forest department now says that people can indeed have control over the sale of the bamboo, but they cannot take it out of the forest. The transit rules over forest produce do not allow for transportation of any produce unless it has been “authorised”. The state forest department is busy inserting provisions to say that people have rights over the minor forest produce, but only if it is for self use.

The forest department will tell you these controls are needed to protect forests. But forests in India are the habitat of millions of people. The conservation of forests will require more productive benefits. The challenge is to use the green wealth and also regenerate it and increase it for the future. Putting a fence around it and negating its value as the livelihood of millions will not do.

So, let us hope that this time the definition of bamboo will remain settled. It is a tree-grass, one that can give a million new shoots and provide a million new jobs to the people.