One square meal: How this non-tribal forest-dweller family survives without FRA recognition in Odisha

Srikumar Khadi’s claim to his land in Odisha’s Sundergarh district is over a century old; but it still awaits recognition 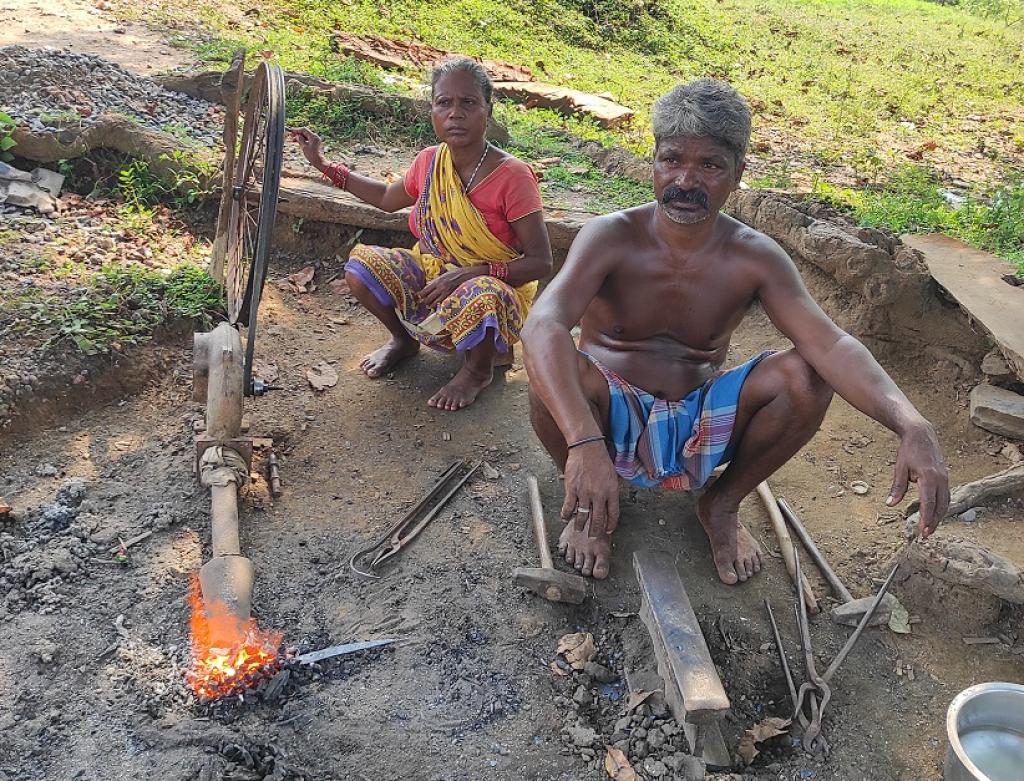 Srikumar Khadi’s great-grandparents moved to Bhuin-Jor from Dhamakpur in Odisha’s Sundergarh district around 100 years ago. They were offered a small piece of land in the forest by Bhuin-Jor’s inhabitants.

They settled in the forest with the passage of time and started using the land as a homestead. They also used to cultivate basic food products for their livelihood.

Today, a few generations later, Srikumar Khadi, a 55-year-old descendent of the Khadi family, lives on the same land. The land, which is about 12 to 20 decimals in area, serves as a home for his family of seven.

Srikumar is the sole breadwinner trying to meet the daily needs and requirements of life. He is responsible for the well-being of five children — three daughters and two sons who have little education and basic living conditions.

His family mostly depends on resources provided by the villagers and other forest dwellers. Srikumar also uses forest products for earning his livelihood. Unfortunately, his earnings seem to be insufficient to fulfill the needs of his family.

“After years of hardships, we have reconciled with the fact that at any given moment, we can only afford to have one meal a day. Thus, we try to plan our day in such a way that we can survive the remaining hours with an empty stomach,” Khadi said.

Srikumar belongs to the Kumhar community. He makes around Rs 3,600 a month and depends upon villagers, forest dwellers and government initiatives for meeting his daily needs and requirements.

Government schemes like the Public Distribution System (PDS) helped him source grains and cereals for the family at a minimal cost. The Indira Gandhi Awaas Yojna, now called the Pradhan Mantri Aawas Yojna, helped him create a reliable shelter on the forest land for his family.

It is because of such initiatives that the Khadi family has been able to survive in the Bhuin-Jor village.

Srikumar has, over the years, constantly expressed his concern about the ownership of his land and land rights.

The Forest Rights Act 2006 (FRA) aims to redress the historical injustice that forest-dwellers have experienced, particularly the denial of their rights to forest land and resources. This Act, now 15 years into its implementation, recognises individual rights to homestead and agricultural land.

The FRA also recognises community rights to access non-timber forest produce (NTFP) and manage and conserve forest resources. Eligible forest-dwellers under this Act include individuals and communities belonging to both Scheduled Tribes (STs) as well as non-tribals, known as Other Traditional Forest Dwellers (OTFDs).

Srikumar Khadi’s family has been living on the same land for more than 100 years. But his land rights have still not been recognised. It is stated in the FRA that every individual living on forest land must get rights since s / he is a member of the Gram Sabha.

Srikumar should also get his rights. But his pleas have been unheard till date. SriKumar hopes that one day, he will be able to have legal rights to his ancestral land.

Srikumar’s plight is shared by a large number of other traditional forest dwellers in Odisha whose claims have been ignored or rejected. Some 576 OTFD individual forest rights have been rejected in Sundergarh itself.

The OTFDs in Odisha include many tribal communities such as the Paharia and Jhodia who are excluded from the list of Scheduled Tribes, Dalit communities, and other forest-dependent communities. The OTFDs continue to be deprived of their rights and access to forests as due attention has not been given to their claims.