Why India is unwilling to discuss forests at international fora

India’s recent spate of objections indicates an unwillingness to engage with issues related to forests and climate change, explained in part by its domestic priorities regarding deforestation 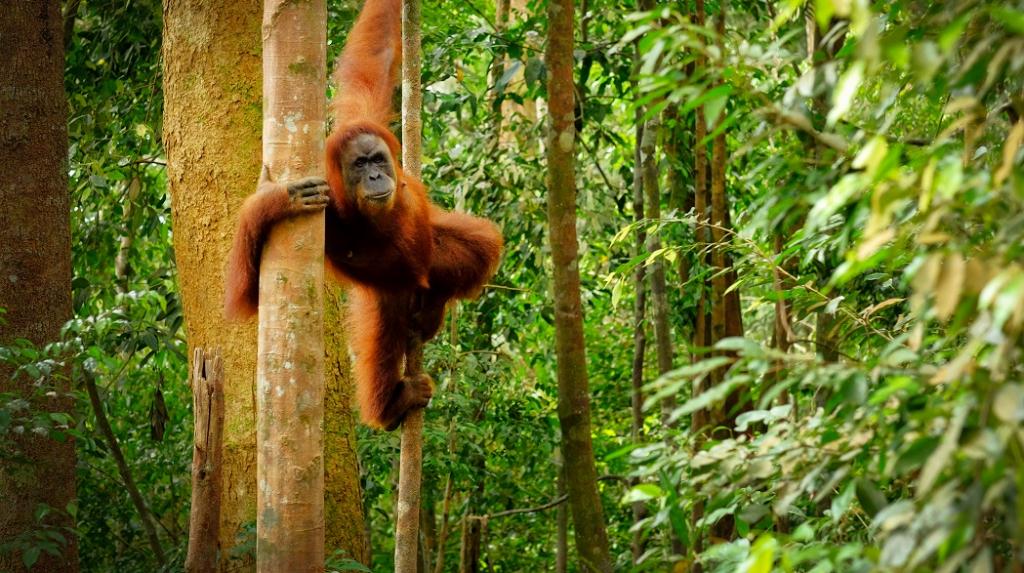 At the 26th Conference of Parties (CoP26) to the  United Nations Framework Convention on Climate Change (UNFCCC) in Glasgow, 141 countries got together to sign the Declaration on Forests and Land Use (or the Deforestation Declaration).

These countries, which represented over 90 per cent of forests across the world, committed to “halt and reverse forest loss and land degradation by 2030 while delivering sustainable development and promoting an inclusive rural transformation”. The signatories committed $19 billion in private and public funds to this end.

India was among the few countries that did not sign the declaration. According to official sources quoted in the media, India had concerns about the linkage the declaration makes between deforestation, infrastructure development and trade.

Reuters quoted Indian officials saying, “any commitment to the environment and climate change should not involve any reference to trade ... as India is a member of the World Trade Organization (WTO), any trade-related matter should only be looked into by the WTO”.

Since then, analysts in India have linked the decision to a proposed amendment to the Forest Conservation Act 1980 that would ease the clearances presently required for acquiring forest land for new infrastructure projects.

One key perspective on the decision is that since India has recorded an increase of 0.5 per cent in its total forest cover according to the India State of Forests Report (ISFR) 2019, the country can justify not signing the declaration.

This perspective has been somewhat strengthened further as ISFR 2021, published recently, shows that the total forest cover has grown by 0.22 per cent, a lower yet significant growth.

Of course, there are issues with the way India defines forest cover, which includes lands more than one hectare (ha) in size and 10 per cent tree canopy density regardless of the tree species, ownership and land use.

The UNFCCC, in the past, has asked India to do a more accurate evaluation of its forests based on delineation of lands bearing palm, bamboo and orchards as the current definition may exaggerate the forest cover by 5-12 per cent.

Regardless, the data based on the current definition ensures that the need for India to sign the deforestation declaration doesn’t arise.

A look at India’s positions on some other recent critical pledges and decisions related to climate change reveals a clear pattern of objections or absence. At CoP26, India was not part of the dialogue on Forests, Agriculture and Commodity Trade (FACT).

FACT, which is supported by 28 countries (including forest-rich tropical countries like Brazil and Indonesia), seeks to encourage “sustainable development and trade of agricultural commodities while protecting and managing sustainably forests and other critical ecosystems”.

India also voted against a recent draft resolution to allow for discussions related to climate change and its impact on international peace and security to be taken up at the UN Security Council. The rationale for India’s objection was explained by its representative as follows:

Why is it that one needs a UN Security Council resolution to take action on climate change when we have commitments made under UNFCCC towards concrete climate action? The honest answer is that there is no real requirement for this resolution except for the purpose of bringing climate change under the ambit of Security Council, and the reason for that is now decisions can be taken without involvement of most developing countries and without recognising consensus.

Broadly speaking, all of India’s objections are based on procedural issues at multilateral fora. Although justifiable on paper, these objections seem blind to the diverse ways in which climate change is linked to global trade, deforestation, agriculture, and international peace, among other issues.

For context, consider India’s palm oil trade. India is the largest importer of crude palm oil in the world, with a 37 per cent share in global imports of the commodity (worth $3.1 billion as of 2019).

Palm oil cultivation, covering roughly 16 million acres of land in Indonesia and Malaysia, has been the biggest driver of deforestation in the two countries.

Indonesia, particularly, is a critical biodiversity hotspot containing 10 per cent of the world’s flora and 12 per cent of its fauna including endangered species like Sumatran orangutans and tigers.

Most often in these conflicts, indigenous communities face forced displacement at the hands of the companies, among other kinds of rights violations.

These diverse issues are directly linked to the appetite for palm oil in India. Around 90 per cent of palm oil in the country is used for food and cooking oil while 10 per cent is used in personal care products.

Since the 1990s, the share of palm oil among other edible oils has increased to 40 per cent from five per cent as it is cheap and versatile in terms of usage.

The objective of all such dialogues has to be a convergence of goals and commitments. This is why India’s recent objections to the crucial international declarations seem spurious at best.

What is India up to?

The top five states that accounted for the highest tree cover loss between 2001-2020 are all in the North East, namely, Assam, Mizoram, Nagaland, Arunachal Pradesh and Manipur.

Data from ISFR 2021 also shows that there was a net decrease of 0.6 per cent of total forest cover in the North East states compared to ISFR 2019.

India’s North East accounts for around a third of the total biodiversity in the country. Part of the Indo-Burma global biodiversity hotspot, it is a fragile region where the lives of flora and fauna as well as various tribal communities, are intricately linked to its forests.

Despite that, the North East is one of the two regions (the other being the Andaman and Nicobar Islands) chosen by the current government for the implementation of its new National Mission on Edible Oils - Oil Palm.

The mission has been launched to reduce the country’s heavy reliance on imports for palm oil by increasing its domestic area and productivity. The scheme seeks to increase area under palm oil cultivation by 6.5 lakh ha to reach a total area of 10 lakh ha by 2025-26.

This will inevitably lead to more deforestation and biodiversity loss in the North East and given that India’s forest cover mapping doesn’t delineate palm plantations, such loss may not even be accounted for in future forest surveys.

So far, there has been no indication from the government as to whether the scheme will have any safeguards for sustainable and responsible production of palm oil.

While India’s palm oil imports are already linked to deforestation, biodiversity loss and land conflicts in Southeast Asia, without effective safeguards, could the same pattern be repeated in the country’s North East?

All answers to that question are only speculative at present. However, such questions need to be at least discussed in a way that accounts for the cross-cutting nature of deforestation, climate change, international trade, livelihoods and conflicts across geographies globally.

India’s recent spate of objections at multilateral fora indicates an unwillingness to engage with all these issues comprehensively, explained in part by its domestic priorities regarding deforestation.