The ordinance does not expressly define ‘extraordinary circumstances’: Such legislative ambiguity makes one question the entire exercise of introducing this particular provision 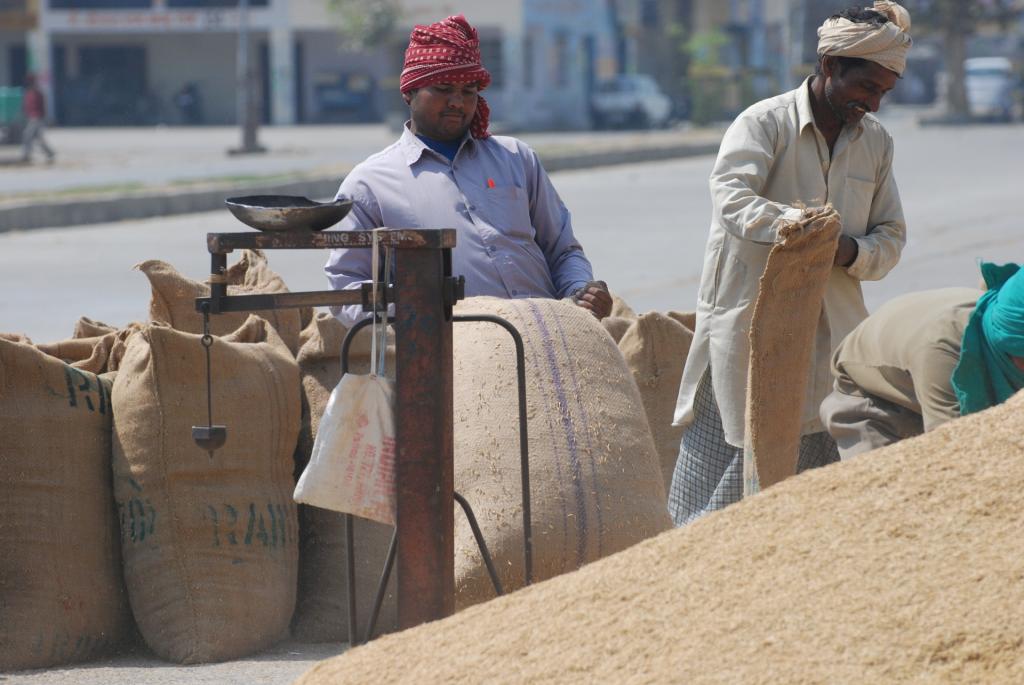 While each of the three ordinances have far-reaching implications from legal and socio-economic points of view, the scope of this blog is restricted to the examination of the Essential Commodities (Amendment) Ordinance, 2020.

More than 700 years ago — in order to ensure maintenance of a large army under the threat of a looming Mongol invasion — Alauddin Khilji realised the importance of stocking food grains in times of crisis.

He ensured a steady supply of food grains and made provisions for storage. The price was fixed and the market was regulated.

The Essential Commodities Act, 1955 was enacted at a time when the country faced an acute shortage of several commodities, especially food items.

Under the act, an ‘essential commodity’ is a commodity specified under the schedule of the Act. The Union government is empowered to amend the schedule to add or remove a commodity to said schedule in public interest and in consultation with state governments.

The schedule was amended recently in March 2020, when the Centre declared face masks and hand sanitisers as essential commodities and fixed their prices.

On June 5, the Centre notified an Amendment Ordinance. A new sub-section 1A in Section 3 of the act stipulated control orders — with respect to the supply of certain food stuffs — may be issued only under extraordinary circumstances that may include war, famine, extraordinary price rise and natural calamity of grave nature.

An order for regulating stock limit of any agricultural produce may be issued only if there is:

The ordinance, however, makes the orders regulating stock limit inapplicable to a processor or value chain participant of any agricultural produce if stock held by such person does not exceed the overall ceiling of installed capacity of processing or demand for export in case of an exporter.

Though agriculture is a state subject (Entry 14), the concurrent list empowers the Centre to legislate on production and trade and supply of foodstuffs (Entry 33).

By taking the ordinance route, a clear attempt was made to bypass the parliamentary process. When a proposed amendment is introduced in Parliament, it is open to debate, scrutiny, comments and valuable inputs from stakeholders before being passed.

A critical legislation like this should certainly have been put before Parliament.

The Sarkaria Commission report on Centre-state relations pointed out that the Centre used Entry 33 to disproportionately empower itself in the sphere of agriculture.

The power of the Centre in agriculture management has certainly increased through this ordinance. States like Tamil Nadu and West Bengal have repeatedly called for transfer of Entry 33 from the Concurrent to the State list.

The constitutional validity of price fixation under the act was in question before the Supreme Court in the Prag Ice and Oil Mills case, 1978. It was observed that the dominant purpose of price fixation was to ensure availability of essential commodities to consumers at a fair price.

A reasonable rate of profit was not the sine qua non of the validity of action taken in furtherance of the powers conferred by Section 3 (1) and Section 3 (2)(c) of the act. It was also held that availability of an essential commodity to the common man, at a fair price, must rank higher than any other consideration.

The Essential Commodities Act is enlisted under the Ninth Schedule of the Constitution. This does not, however, mean it is outside the scope of judicial review.

The Ninth Schedule came under scrutiny after the landmark IR Coelho, 2007 judgement. The Supreme Court said the laws inserted in it after April 24, 1973 — the day the Kesavananda Bharti verdict was pronounced — are also open to judicial review if they are violative of the basic structure of the Constitution.

Farmers may approach the Supreme Court if they feel laws such as the Essential Commodities Act violate their fundamental rights under Articles 14, 19, 21 or 32.

Questions over the amendment

The ordinance does not expressly define ‘extraordinary circumstances’, which ‘may’ include war, famine, extraordinary price rise and natural calamities of a grave nature.

Even in extraordinary circumstances, the government only ‘may’ choose to exercise regulation. Such legislative ambiguity makes one question the entire exercise of introducing this particular provision.

Drastic changes such as the removal of stock limits and exemption to exporters, traders and value chain participants may not help farmers directly.

Big corporates and multi-national corporations (MNC) may prefer to stock up their quota at the time of harvest when prices are low and, thus, would not need to buy from farmers when prices rise.

If farmers decide to retain produce for later, prices may not go up or the private sector may not enter the market to purchase.

Why the act is still relevant

India no longer faces food shortage problems, according to the Economic Survey, 2020. Food grain production has increased since the 1950s and India is now an exporter, thereby rendering the act anachronistic.

There are more mouths to feed and the responsibility of ensuring food security to the masses cannot be shunned. Sights of migrants scraping for morsels of food during the COVID-19 crisis continue to haunt.

The survey said 76,000 raids were conducted in 2019 under the Essential Commodities Act to prevent violation of stock limits.

A considerable administrative effort was utilised for the enforcement of the act, according to the survey. It was also pointed out that the conviction rate was an abysmal 3.8 per cent. This should, however, not be the reason for diluting the act.

Instead, an effective framework must be put in place to ensure speedy trial and disposal of violation cases.

One cannot ignore the pulses scam that involved the manipulation of prices in 2015. Investigation by the Income-Tax Department found several big MNCs played a major role in spiking prices of pulses.

India is still dependent on the monsoon for producing sufficient food grains. A majority of farm holding in India is small and marginal.

Another locust attack may occur in the near future. The El Nino phenomenon has hit Indian agriculture hard in the past. Given the timing of this amendment ordinance, it is likely to benefit big traders, big corporates and MNCs, but not the farmers directly.

The author is a lawyer.