In Bolivia, a model for indigenous groups grappling with COVID-19

In Bolivia, where almost half the inhabitants are of Indigenous origin, COVID-19 cases have surged 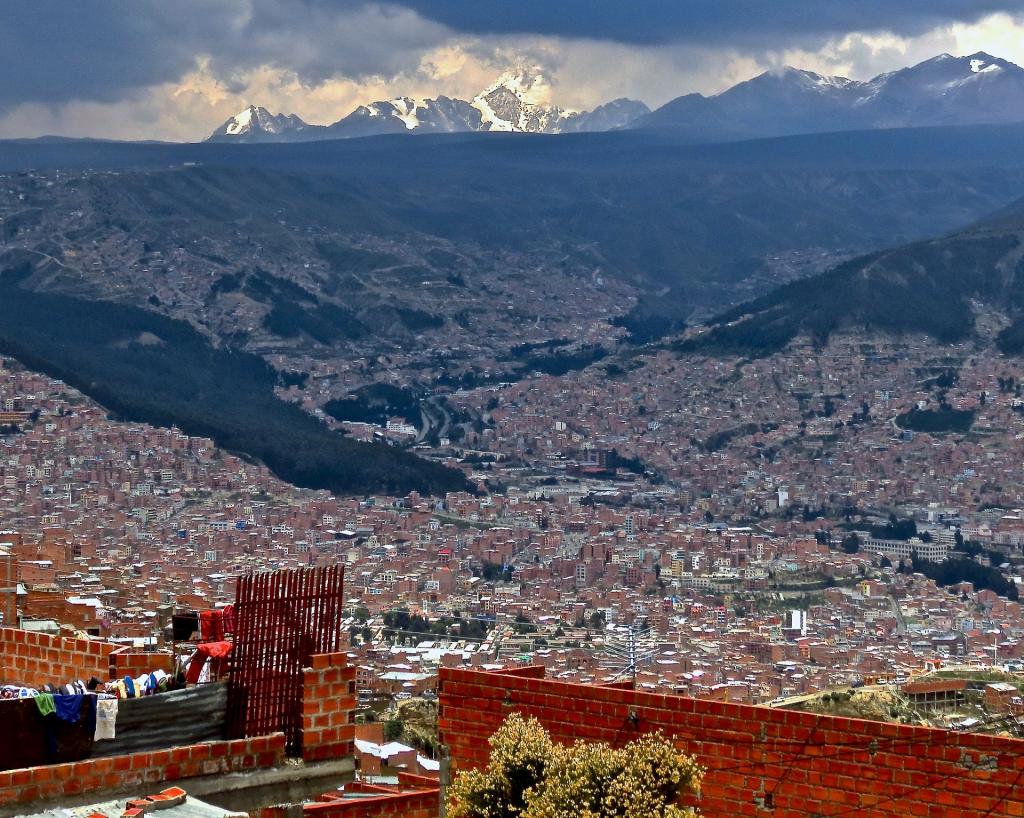 The Beni Department, one of nine political regions in Bolivia, lies in the northern part of the country, where the Andes meet tropical forest and Amazon tributaries weave across hot, humid lowlands. It is one of the most biodiverse regions in the world. Blue-throated macaws flit across the sky and dawn rises misty and pink above rivers teeming with fish.

For nearly two decades, Hillard Kaplan, a professor of health economics and anthropology at Chapman University in California, and Michael Gurven, a professor of anthropology at the University of California, Santa Barbara, have regularly traveled to Beni to study the Tsimane, an Indigenous group of forager-horticulturists who live in about 100 villages spread across the region.

Kaplan and Gurven help direct the Tsimane Health and Life History Project (THLHP), studying health and aging in this population.

As COVID-19 shut down their campuses in March, Kaplan and Gurven understood that — even though Beni was distant from the urban centers where COVID-19 was quickly spreading — the disease posed a serious threat, particularly to Indigenous communities like the Tsimane. But Kaplan and Gurven never intended to barge in as saviors.

Together with their team of physicians, anthropologists, and Tsimane, Kaplan and Gurven began crafting a plan, published in The Lancet in May, to help the Tsimane weather the pandemic.

Although their plan ostensibly addresses the particular needs of the approximately 16,000 Tsimane living in Beni, it holds a broader lesson: Efforts to help Indigenous groups navigate the COVID-19 pandemic should directly involve local stakeholders and maintain respect for the autonomy of Indigenous peoples.

At risk are not only the vulnerable lives in these communities, but also the traditions and cultures they represent.

In Bolivia, where almost half the inhabitants are of Indigenous origin, COVID-19 cases have surged. Beni’s per capita infection rate is the highest in the country. In mid-July, the Tsimane recorded their first confirmed case of the disease.

For the Tsimane and other Indigenous peoples, a confluence of vulnerable elder populations, communal ways of living, and limited access to resources means their very existence may be threatened.

Respiratory infections, gastrointestinal diseases, and parasites are common among such communities, potentially exacerbating the severity of any COVID-19 cases, explains Gurven.

Isolated peoples like the Tsimane are often days from medical care with limited access to clean water, which, when coupled with a scant supply of soap, can cause infectious disease to spread with devastating consequences.

Centuries ago, smallpox ushered in the decline of the Aztec, Maya, and Incan civilizations. The 1918 influenza epidemic wiped out 90 percent of a North American Indigenous village in five days. In 2009, H1N1 mortality rates were three to six times higher in Indigenous populations of the Americas and Pacific than they were among non-Indigenous people.

The threat of COVID-19 to Indigenous South American communities became tangible in April, when a 15-year-old Indigenous boy in Brazil died of the disease. The boy, Alvaney Xirixana, was part of a Yanomami community in the Amazon, where experts believe COVID-19 arrived with illegal gold miners. Xirixana’s death was seen as a harbinger of the devastation that could — and did — descend upon the Amazon.

To avoid such a fate in Beni, Kaplan, Gurven and their Tsimane collaborators began efforts to educate the Tsimane about COVID-19. The first phase of their plan was to inform communities before the disease arrived. Tsimane team members translated informational posters created by the Centers for Disease Control and Prevention. Team members in Bolivia, symptom-free for two weeks, traveled by motorcycle to 60 villages to discuss COVID-19 prevention, symptoms, and transmission.

Some Tsimane communities, already semi-isolated from outsiders, decided to isolate more fully until a vaccine or treatment becomes available. Through conversations with the local communities, the team identified a need for quarantine huts, a concept familiar to the Tsimane, who isolate postpartum mothers and their children for protection after birth.

Communities also requested stockpiles of salt and soap, so that they wouldn’t need to travel into San Borja, a major nearby town, for supplies.

But Kaplan recognized that even the best-laid plans are imperfect, and many secluded communities would eventually have to face the virus. In June, he predicted merchants would enter Tsimane land to buy and sell items. “The official situation is that people shouldn’t be doing that, but the actual situation is that it’s leaky,” he said.

At least 17 Tsimane villages now have confirmed COVID-19 cases, but surveys reveal typical symptoms in many more. Taxis still visit villages accessible by road, Gurven says, and he suspects the virus is present in most, if not all, villages near towns. “We expect it now has the potential to explode throughout the territory,” he wrote in an email. On August 11, the team recorded the death of a 78-year old woman, the first confirmed Tsimane fatality linked to COVID-19.

Whereas the team’s first phase aimed to delay the arrival of COVID-19 in Tsimane populations, the team has now entered a second phase, centered around treatment and mitigation. The Tsimane now receive regular updates from local radio stations.

Because travelling to hospitals is often impractical, treatment is offered at nearby health clinics, with less-invasive breathing supports like nasal cannulas preferred over ventilators for patients with low oxygen levels.

Gurven stresses that their strategy is an outline, which their team, together with Tsimane tribal leaders and government medical workers, will revise as the pandemic develops. He and Kaplan wanted to publish their approach so other Indigenous populations might use it as guidance to design strategies that might lessen COVID-19’s impact on their populations.

Although not every Indigenous group has an established relationship and decades of trust with a scientific team, Kaplan stresses the approach’s universality. “The concept that the different stakeholders should be coming together and co-developing plans with a big respect for the autonomy of the tribal people,” he said, “is something that I think is very generalizable.”

She says that communities like the Navajo are resilient, having weathered epidemics before. For outsiders, she says, the key is to help the communities take advantage of their history by involving them directly, perhaps using tools already in place, such as social networks or physical structures that might be used for isolation sites. And most importantly, she says, the community members should be the protagonists of their own plan, not the outside experts.

In many Indigenous communities, elders are of particular concern. Especially in communities with strong oral traditions, elders may carry irreplaceable knowledge of rituals, songs, myths, and language. “When an elderly member of such communities dies,” Batista said, “she or he would take with them to the graveyard a big part of [the community’s] history.”

Across the globe, Indigenous populations face a multitude of formidable threats including industrialization, deforestation, and climate change. Though many non-Indigenous populations are grappling with the rapid society-wide upheaval caused by a pandemic for the first time in living memory, Indigenous peoples are all too familiar with the vulnerabilities these diseases expose.

In time, we may measure COVID-19 casualties not simply in lives lost but also in traditions erased. Armed with knowledge of the devastation past pandemics have wrought on Indigenous communities, and with response plans created together with rather than for the communities they seek to aid, we may, this time, minimize both kinds of loss.

Allessandra DiCorato is a biomaterials scientist and freelance science writer based in Chicago, Illinois. She was a 2019 AAAS Mass Media Fellow at KQED.

This article was originally published on Undark. Read the original article.