India’s G20 Presidency: It’s an opportunity to set the agenda on crucial challenges of our time

New Delhi’s presidency could prove instrumental in steering policy towards climate action, sustainable growth, energy security and a host of other issues 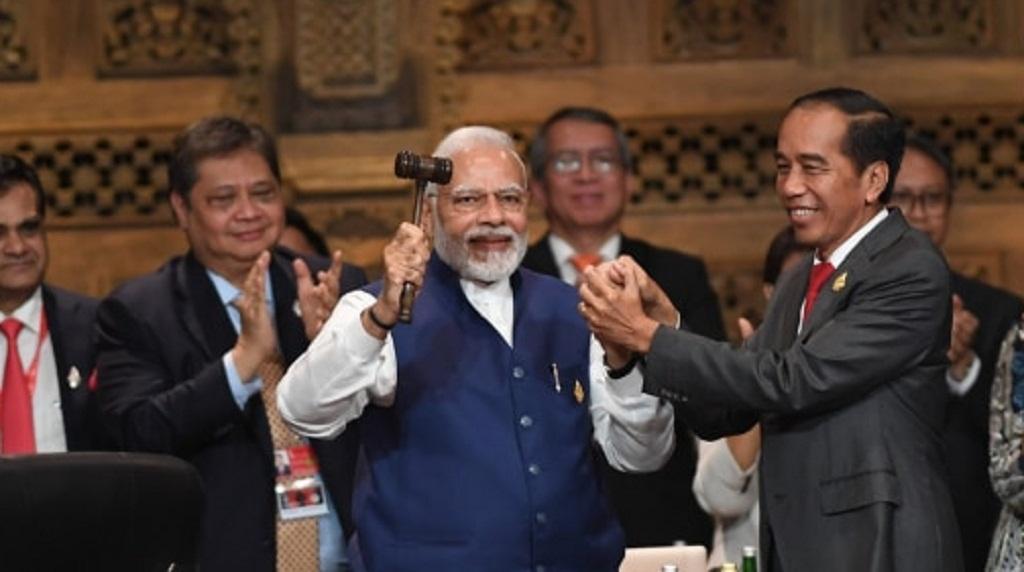 This is the last of a two-part series.

India took over the presidency of the G20 forum in December 2023. Prime Minister Narendra Modi called it a “ huge opportunity for India” in his monthly radio address, Mann Ki Baat. Modi had also strongly pitched for defending India’s energy security at the G20 Summit held in Bali in November 2022.

Over the last few years, India has successfully augmented its renewable energy resource base and is in a better position to utilise its experience to understand the needs of other developing nations.

With India taking over the presidency, the country must give primacy to energy security while focusing on better governance, strategy and calibrated measures to deal with climate risks.

However, in order to achieve concrete results, it is imperative for both developed and developing nations to collaborate cohesively and implement large-scale structural reforms to augment their renewable energy base.

Developing countries should take up the task of regulating and reorganising the power sector, whereas developed nations must share the responsibility of financing the change.

As a responsible member of the G20, India’s is obliged to streamline climate finance initiatives for emerging and developing nations during its presidency.

In addition to this, green hydrogen has emerged as an important arena for decarbonising refining, fertiliser, steel and cement sector in many economies. In order to emerge as a green hydrogen/green ammonia export hub, India could use the G20 platform to bring out the issues pertaining to green hydrogen supply chain among the member nations.

The pandemic and ongoing geopolitical tensions have exposed G20 countries to volatile fossil fuel prices, threatening their energy security. Most G20 governments have begun to lag on their announced net-zero targets and commitment to mitigate climatic changes.

Having faced the dilemma for a long time, India has a challenging role in drawing a consensus on the green energy agenda to ensure energy security and sustainability in consonance with the Sustainable Development Goals (SDG).

Also read: US, Japan & others to fund Indonesia’s transition to clean energy

To achieve this, India should try to build a consensus on promoting private investment in green infrastructure projects within the G20 nations and facilitate the transition from fossil fuels to renewable energy sources.

In addition, the country should hold concrete discussions on enhancing cooperation between the developed and emerging market economies to support green growth and a circular economy.

Nevertheless, there are whispers in the corridors of power and several sections that India’s presidency will also try to build a consensus on climate finance and green hydrogen in the energy sector.

These issues have been actively under discussion during Indonesia’s G20 presidency and have gained prominance in the prior presidencies too. India is the only G20 nation achieving its climate mitigation commitments in accordance with the Paris Agreement without any external funding for climate finance, according to the Climate Transparency Report, 2020.

Recently, the country issued its first sovereign Green Bonds in order to strengthen its commitment towards its Nationally-Determined Contributions (NDC) targets adopted under the UN-mandated Paris agreement to address climate change. This was done in a bid to attract global and domestic investments into eligible green projects.

The 26th Conference of Parties (COP26) to the United Nations Framework Convention on Climate Change marked the official start of the negotiations towards the new climate finance goal under which the developed countries had committed to mobilise $100 billion towards climate finance for developing countries from both public and private sources.

At the G7 Summit in July 2021, Canada, France, Germany, Italy, Japan, the UK and the USA reaffirmed their commitment to provide $100 billion through 2025. And in September 2021, the European Commission committed an additional EUR 4 billion (about $5 billion) by 2027 to support low-income and climate-vulnerable countries.

But commitments have not been met in practice. The recent COP 27, however, ended on a much more positive note, with the much-delayed and long-awaited promise of $100 billion a year in climate finance being approved for developing countries.

COP27 has made a breakthrough agreement to provide loss and damage funding to the vulnerable countries hit hard by climate disasters. The fund would be instrumental in assisting the developing countries that have contributed very little to the climate crisis but are vulnerable to the adverse effects of climate change.

However, establishing a fund does not necessarily translate into climate finance commitments. There remains anonymity on how the fund will be structured, who and how much will be paid, its management, eligibility to receive funds etc.

These issues will be addressed by a 24-member Transitional Committee tasked to come up with a proposal by COP28 in December, 2023.

COP28 will lay the foundation for the operationalisation of the fund. Hence, at its G20 presidency, India could hold steadfast negotiations on reaffirming its COP27 commitment to phase down all fossil fuels and not just coal and showcase its credibility in meeting the climate mitigation goals.

This would compel the developed nations to meet their finance delivery in accordancw withcommitments and make them contribute towards the proceeds of the fund.

India’s presidency could also prove instrumental in identifying the most vulnerable nations that disproportionally bear the brunt of climate crisis. In addition, India could hold negotiations at the G20 by proposing to tax fossil fuel and other carbon-intensive industries so as to generate revenue for the fund.

There is an urgent need to build a consensus among developed and developing countries to endorse and comply with current climate policies, intensify their implementation and propose targets in consonance with the SDGs.

It’s an opportunity for India under its presidency to leverage climate Change actions for inclusive and sustainable growth. India’s presidency should thus expedite finance delivery in accordance with climate finance commitments, facilitate private sector partnership and ensure that G20 member nations have access to Environmental, Social and Governance capital with increased participation of the Multilateral Development Banks in the facilitation of finance.