Should electoral ID data be linked to Aadhaar?

Correcting electoral rolls in a society like India’s has to be done the hard way — going door to door. Quick fixes and tech solutions like Aadhaar can do more harm than good 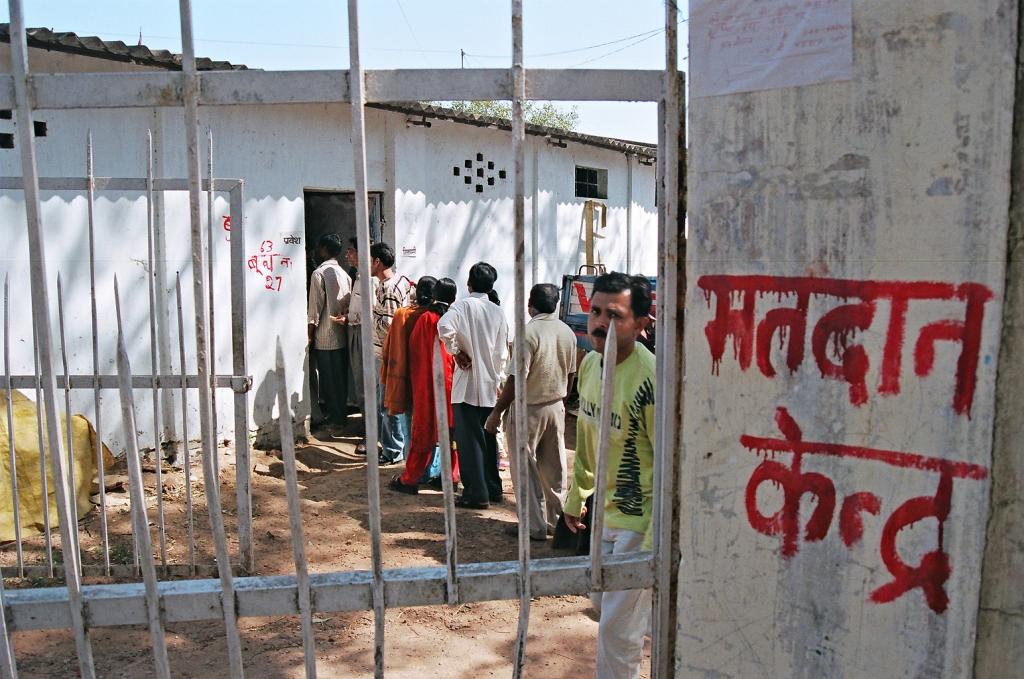 The issue of linking India’s voters’ list with the Aadhaar database is in news again with the surreptitious passage of The Election Laws (Amendment) Bill, 2021 in Parliament recently. The fact that it was passed hurriedly with hardly any discussion is enough to raise suspicion. But there is more to it, and part of that is contained in the history of this idea.

That history began March 3, 2015: The Election Commission of India (ECI) launched “a comprehensive programme” — the National Electoral Roll Purification and Authentication Programme (NERPAP) — “with the prime objective of bringing a totally error-free and authenticated electoral roll”.

One of the stated objectives of the NERPAP was linking EPIC (Electoral Photo Identity Card) data with the Unique Identification Authority of India’s (UIDAI) Aadhaar data with the laudable objective of authenticating the EPIC data.

The ECI took up this programme with a lot of enthusiasm. By August 2015, when the Supreme Court ordered a ban on this linking, 320 million voters had already been linked to their Aadhaar IDs.

The ECI apparently believed (and seems to still do) that such a linkage would enhance the credibility of electoral rolls. Given that the reliability of Aadhaar itself has been (and still is) under cloud, it is hard to understand the ECI’s faith in it.

Doubts over the efficacy and intent of the NERPAP drive, ostensibly to create “a totally error-free and authenticated electoral roll”, resurfaced in early 2018: Missing voters were discovered in some states, starting with Karnataka where the names of some 6.6 million voters of a total 50 million had gone missing. More than 1.5 million names were reportedly restored after the Election Commission ran a verification drive.

This is why there is a very serious apprehension that the linking of electoral roll data with Aadhaar may result in the disenfranchisement of legitimate voters.

The usual remedy that is touted officially — that anyone who thinks her / his name has been inappropriately removed from the elector roll, can always approach the ECI for reinstatement of the name — does not carry much weight for a simple reason: Not everyone whose name was, or is, deleted due to infirmities in the Aadhaar ecosystem, which are by now well-known, will or can approach the ECI for re-enrolment.

Also read: The charade of limits on election expenditure by candidates

Given that deprived sections of society are usually the worst hit by such exclusion, many won't have the wherewithal to even approach the ECI. This apprehension of disenfranchisement acquires sinister undertones if some of these deletions are systematic bids to deprive specific groups of their voting rights, as has been mentioned as a possibility.

There is more in the history of this attempted linkage. Two former chief election commissioners (CEC) have been quoted as saying, on conditions of anonymity, that the UIDAI had lobbied long and hard to link voter IDs and Aadhaar as a way to legitimise the controversial biometric ID project.

“They said we should integrate Aadhaar with electoral rolls to eliminate duplicates; the Commission held the view that we should hold off until we fully understand the implications,” said one of these former CECs.

Finally, the EC seems to have succumbed in February 2015 when HS Brahma was CEC, and the exercise was launched in March 2015.

The Supreme Court in its August 2015 interim order restricted the use of Aadhaar to the Public Distribution System (PDS), and the distribution of liquefied petroleum gas and kerosene, thus putting a stop to the ECI’s much-touted scheme. In its final order in September 2018, the apex court held privacy a fundamental right and said linking of Aadhaar with voters’ ID data could not be done unless there is a specific law subject to certain conditions such as a specific interest of the state, and the test of proportionality is satisfied.

This is why the ECI wrote to the Union law secretary in August 2019, proposing amendments to the Representation of People Act (RP Act) and the Aadhaar Act to empower it to collect and use Aadhaar data for “cleaning” voters’ lists as a “back-end exercise”.

To create a semblance of following the Supreme Court judgment, and to create a paper trail to prove the same, the Union law ministry wrote a pro-forma letter to the ECI asking it to explain how it had ensured that the Supreme Court’s order is not violated.

However, the ECI and the Law Ministry need to remember that the court said: “We will also make it clear that the Aadhaar card scheme is purely voluntary and it cannot be made mandatory …” (emphasis added). The court also added: “No deserving person will be denied service for failure of authentication.”

Therefore, if, in the implementation of the amended RP Act, even one eligible voter is prevented from casting her / his vote, the ECI will risk the possible consequence of violating a specific direction of the highest court of the land.

Then there is also a fundamental conceptual inconsistency in combining these two databases. Aadhaar — as has often been pointed out even by government authorities — was designed as, and is, a proof of identity; if stretched further, it’s a proof of residence. On the other hand, the registration of a person as a voter is a proof of citizenship which confers on the holder the right to vote.

Claiming that combining these two will improve the accuracy of one, particularly when the other one is also not error-free, is something quite strange.

There are also two practical considerations which go against this proposal. One is the difficulty or at least uncertainty of matching one’s finger prints or iris impression. This is a common experience which this writer has personally faced several times.

Imagine an illiterate voter at a remote village being asked by the polling officer to show her Aadhaar and to verify finger prints or iris; she then is told these do not match, thus she is not allowed to vote.

It is not difficult to replicate the scenario in slums and some other groups which can be easily identified and differentiated — remember “systematic bids to deprive specific groups of their voting rights”?

The other is a common sight in cities where one sees auto-rickshaws with stickers proclaiming ‘Get Aadhaar Made in 5 Minutes”. Doesn’t it speak volumes of the accuracy and reliability of Aadhaar? And there are still people who believe that such a scheme can verify, authenticate, de-duplicate, and purify the electoral rolls!

Correcting the electoral rolls is one of the most important tasks that the ECI is mandated to do. The only way it can be done in a society such as India is the hard way, by actually going from door to door. The ECI’s quest for quick fixes and technical solutions such as the Aadhaar ecosystem are likely to do more harm than good.

Another possibility is that the ECI is under pressure to do this, not an end in itself, but as a preparatory step to pave the way for other ambitions of the government of the day such as simultaneous elections or one-nation-one-election, which was discussed for almost three years with no acceptable consensus.

In sum, linking the electoral roll data with the Aadhaar data set is not a good idea and should not be done.