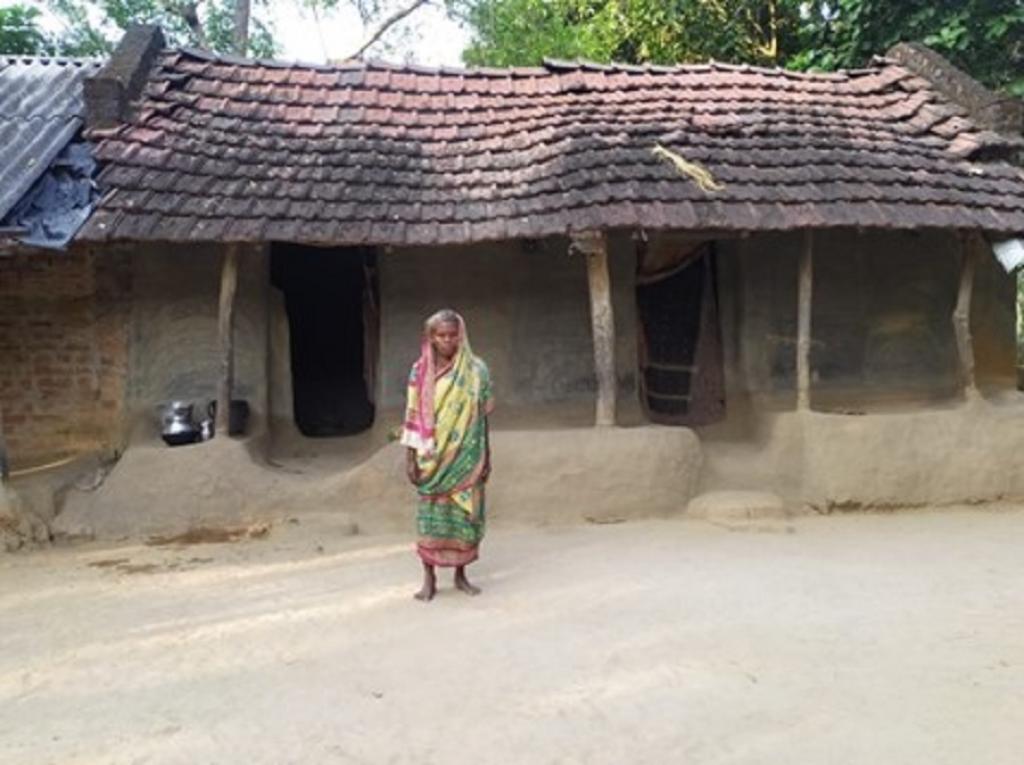 Suba Bhendaria, 54, a widow, lives alone in Salachua revenue village under the Kaptipada Block of Mayurbhanj district, Odisha. Her isolation is the result of a social boycott by villagers who have branded her as a witch. Photo: Debabrat Patra

Every year, a 16-day activism campaign is observed from November 25 to December 10. It marks the International Day for the Elimination of Violence against Women and the World Human Rights Day respectively.

One in three women globally are raped, assaulted or subjected to physical and mental violence every day. The global theme for the campaign this year says, “Orange the World: End Violence against Women Now”.

It is time to not just demonstrate solidarity through words, but also acknowledge and act to end extreme forms of violence against women and girls that exist in our society.

The primary causes of violence against women and girls in India are unequal and unjust socio-economic systems and gender inequality, along with inadequate healthcare, lack of law enforcement and widespread illiteracy.

Women bear the brunt of exploitation and brutality, particularly those belonging to the Dalit and tribal communities.

Cases of witch-branding have been reported from 12 states in India. About 2,300 murders of so-called ‘witches’ were committed country-wide between 1999 and 2013.

However, the state still tops the list of witch-hunting deaths from 2013-2016. Some 523 women were lynched on the suspicion of practicing witchcraft from 2001-2016 in the state. But many cases have unfortunately gone unreported and escaped the public glare.

ActionAid, the global non-profit, carried out a study supported by the Odisha State Women Commission. It collected information regarding 100 cases of witch-hunting and witch-branding from all over Odisha.

A husband and wife from a tribal-dominated village called Saharpur in the Banspal block of Keonjhar district in Odisha, were beheaded after the wife was suspected of possessing supernatural healing abilities.

The village residents claimed that:

Jema’s actions inflicted harm on others. Her bizarre, superstitious practices were utilised to achieve privilege and power in the village and instill fear among people.

According to some villagers, the couple was badly assaulted and subsequently beheaded by a mob armed with sharp weapons. After six years, nine of the perpetrators, including a woman, were released from jail while three still remain behind bars.

The villagers are still oblivious of the law and methods to deter witch-hunting incidents. No action has been taken by any agency, health department, police, or legal aid cell to ensure such practices are eliminated from the village.

All these incidents point to serious lapses in dealing with witch-hunting cases. Not a single person who abetted such crimes has been punished.

The Banspal block, where Saharpur is located, has witnessed nine cases of witch-hunting in the recent past. Eight cases have been reported in the Kaptipada block of Mayurbhanj. Clearly, some blocks of tribal-dominated districts like Mayurbhanj and Keonjhar are more vulnerable.

The loopholes in the law are evident from the fact that in most of the cases, the witch-hunting laws are not invoked. Rather, only the relevant Indian Penal Code (IPC) clauses are cited.

There are no state-wide awareness programmes to fight and eradicate this inhuman practice. Current laws do not provide an effective way to help victims recover from the consequences of witch-hunting, which include forced displacement, expulsion from a village as well as social and economic boycott among others.

The government and civil society groups need to gear up for a sustained campaign against this deplorable practice till we wipe it away from the country.

The districts where witch-hunting is prevalent, need to be significantly focussed upon.

Building rationalistic thoughts and scientific temper should be a part of the curriculum at different levels of education. Model actions like serving justice to the victims and proper rehabilitation of survivors as well as their families should be considered in cases so as to set examples for various stakeholders.

We must look at making a national law for criminalising witch-hunting practitioners and mob violence against targeted families. The authorities must develop guidelines for better coordination between current state laws and the Indian Penal Code that prosecutes the suspects.

States need to build up on different strategies to address the underlying issues of witchcraft. A state act against witch-hunting is not enough. We must have operational state rules to implement the act in the right spirit.

A task force and special officers at different levels of the states must be formed and a convergence action plan must be worked upon.

The national and state human rights and women commission should regularly monitor the actions by the state and district administrations to ensure that the practice is gradually eliminated across the nation.

Last but not the least, it is women themselves and their collectives who should come forward and challenge such inhuman practices.

Debabrata Patra works as an Associate Director, Humanitarian Lead in ActionAid India and Evangelina Patro is a student in in XIM University, Bhubaneswar