By Aditi B Prasad 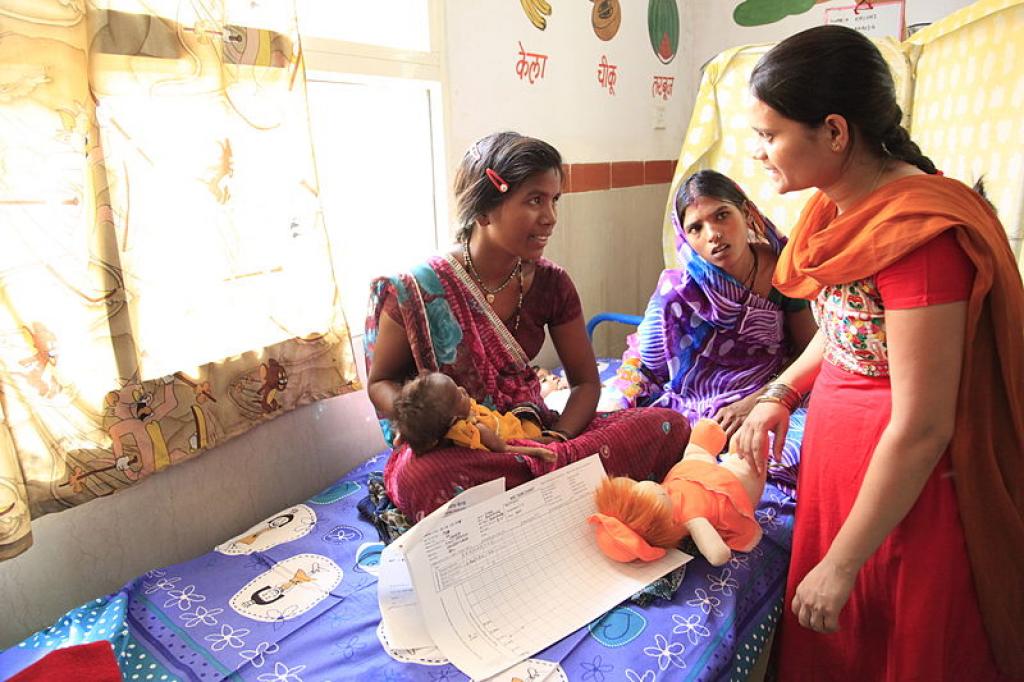 The total fertility rate (TFR) declined across most Indian states, according to the latest National Family and Health Survey (NFHS). Adolescent fertility followed a similar declining trend, Meghalaya and Tripura being the exceptions.

As many as 20,000 girls under the age of 18 in developing countries give birth every day. If the adolescent pregnancies, which did not result in live births, are also included, this number is even higher.

The United Nations defines adolescent fertility rate (AFR) as the annual number of births to women aged 15-19 years per 1,000 women. Adolescent pregnancy in India has seen quite a change in the past decade. Although there has been a steady decline in India’s adolescent fertility rate, it is a cause of concern still, especially since India will continue to have one of the youngest populations in the world till 2030. 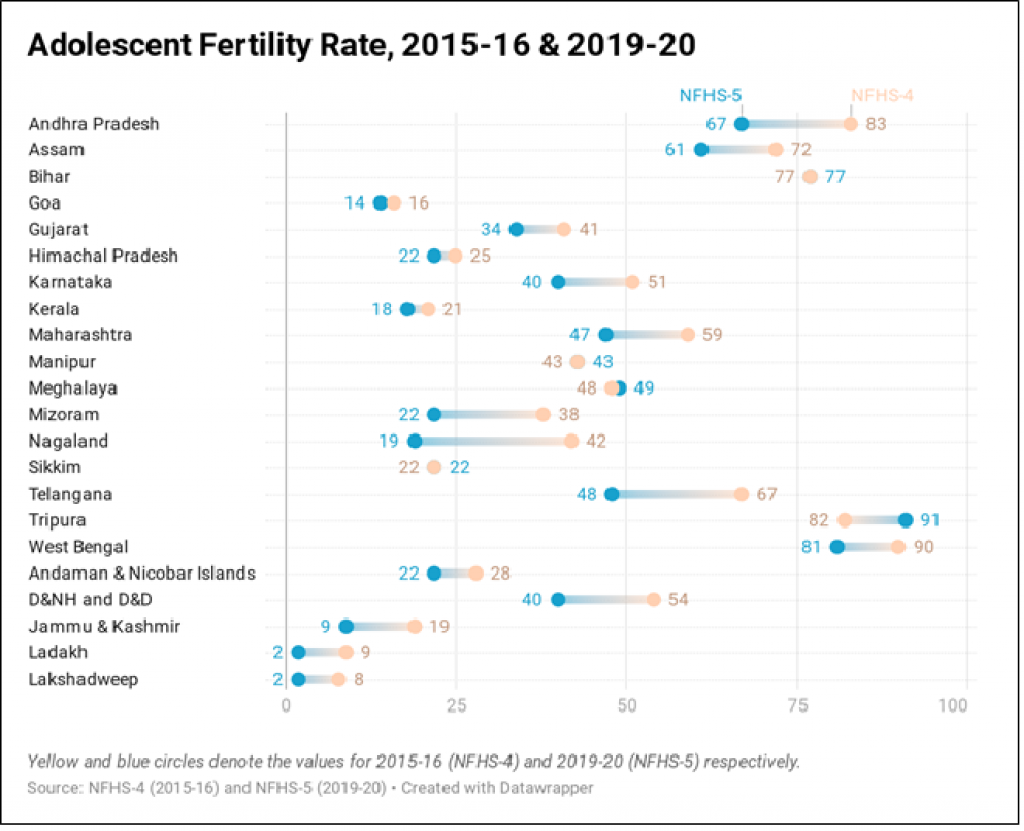 This could be attributed to an increase in the percentage of women aged 20-24 who were married before 18. According to NFHS-4, more than half (52 per cent) of currently married women between 15 and 19 years have already begun childbearing.

With the increasing number of married adolescents, the adolescent fertility rate is most likely to increase as well.

According to the NFHS-5 factsheets, the percentage of women aged 20-24 who were married before 18 increased in Assam, Manipur and Tripura; Meghalaya and West Bengal did not undergo any change.

Bihar, Manipur and Sikkim saw no change in their adolescent fertility rates. This is a cause of concern, especially in Bihar and Manipur where the AFRs are as high as 77 and 43 births per 1,000 women aged 15-19 respectively.

Although adolescent fertility in the surveyed states follows a similar pattern, the AFR differentials were quite high. 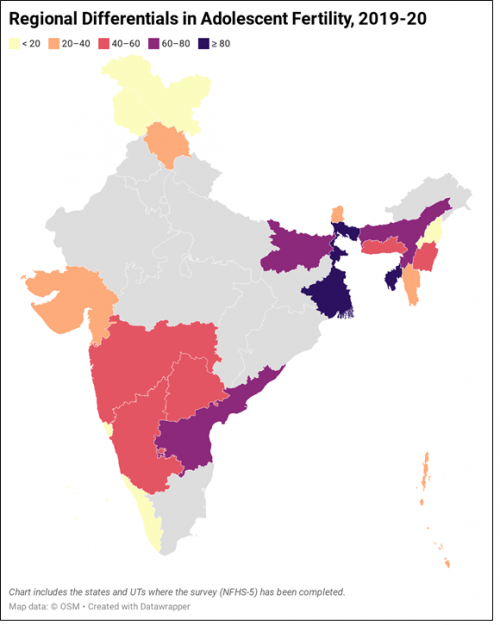 The only south Indian state which recorded low AFR was Kerala with 18 births per 1,000 women aged 15-19 years. 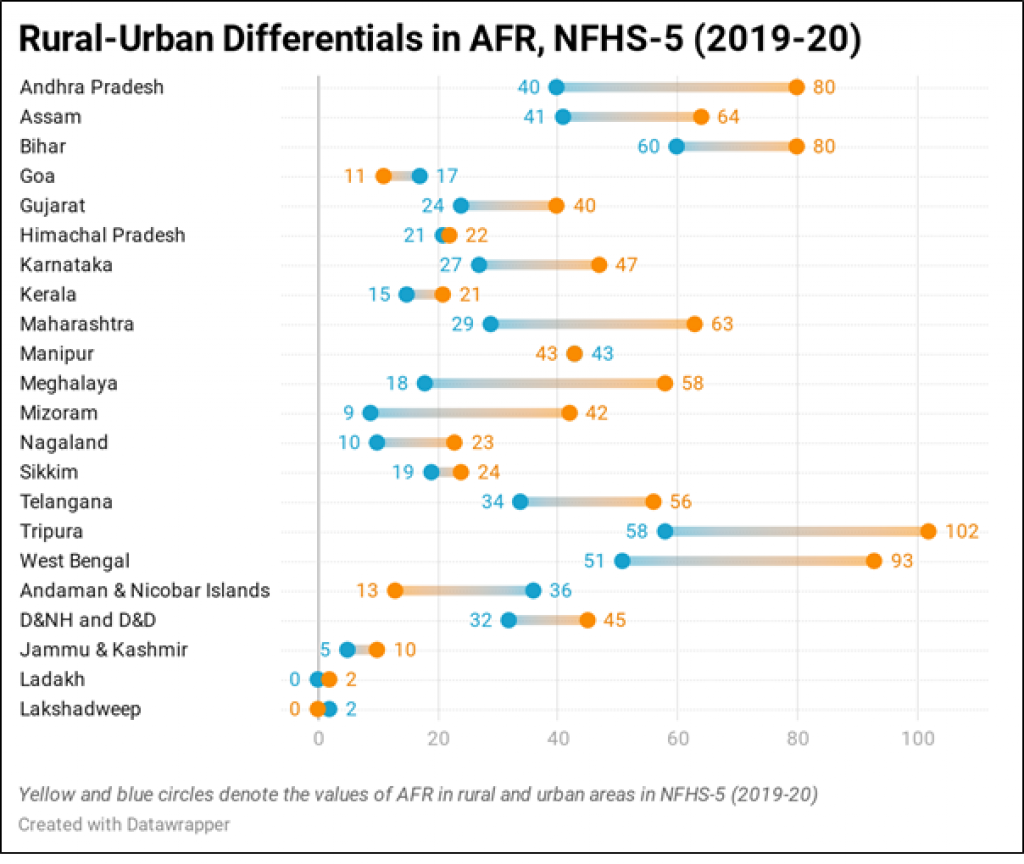 An understanding of sexual and reproductive health (SRH) is important in society. Several NGOs and volunteers such as ASHA/ANM members are working towards achieving this goal. These health workers have a substantial role in encouraging family planning services and curbing teenage pregnancies.

To enable adolescents to fulfil their potential and help them lead a safe life, significant investments must be made in education, health, and development, among others.