Institutional deliveries on the rise across most states, shows NFHS-5 report 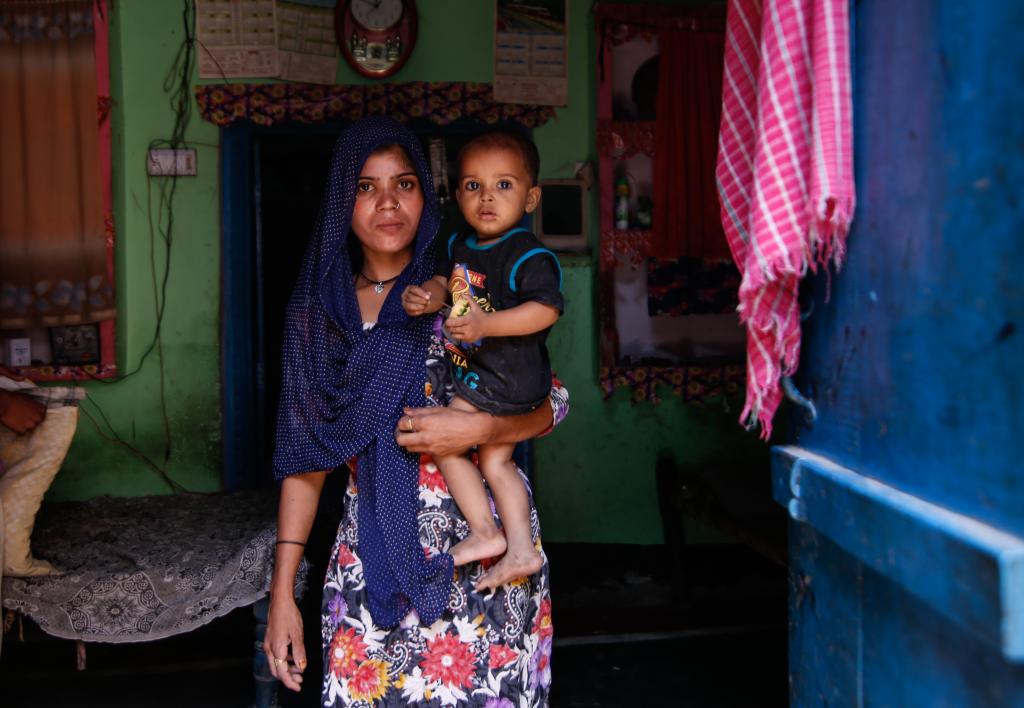 Institutional deliveries rose across most states in India in the past decade-and-a-half, according to the latest National Family Health Survey (NFHS).

Goa registered a spike: The rate of institutional deliveries increased to 99.7 per cent in NFHS-5 from 96.9 per cent in five years.

Among north-eastern states, Sikkim performed the best with 94.7 per cent institutional births in both rounds of NFHS. 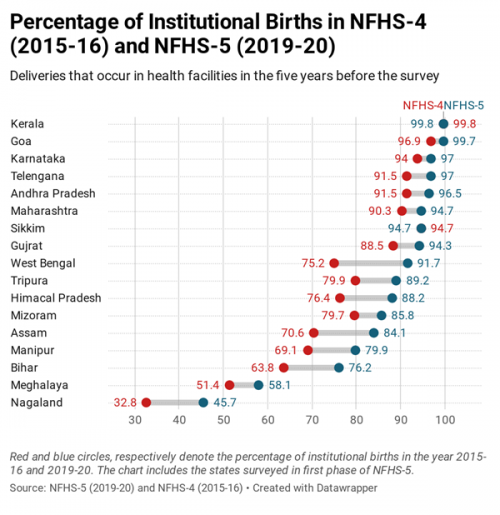 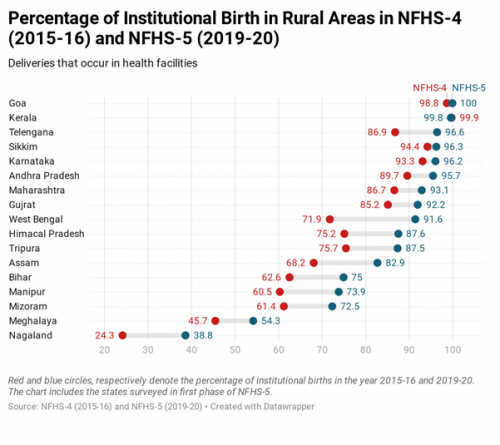 The gap between institutional births in urban and rural areas reduced over time, but was a major concern nonetheless. A wider gap could be observed in north-eastern states like Nagaland, Meghalaya, Mizoram, etc. Southern states performed remarkably well in terms of difference in rural and urban institutional births.

Many states performed remarkably better with percentage of institutional births more than 90 per cent. But even the low performing states did better compared to the last round. 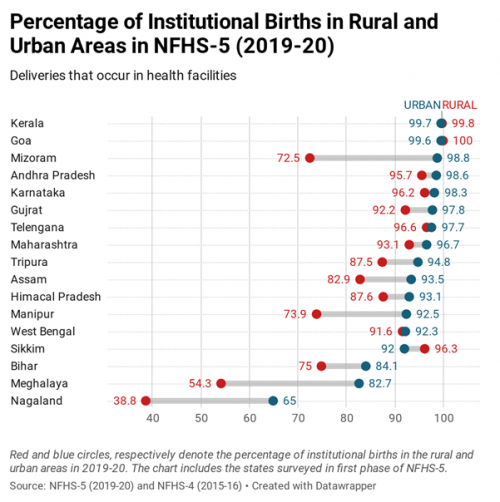 Maternal deaths are more common among poor and rural populations. The Union government, therefore, should focus on the areas with high maternal mortality rate (MMR). Programmes such as Janani Suraksha Yojana (JSY) are alone not sufficient to achieve the lower MMR.

The objective of JSY is to reduce MMR and neo-natal mortality rate (NMR) through promotion of institutional deliveries. These programmes should be supported by the provision of quality of healthcare services targeting disadvantaged population.

Availability of these services will increase institutional births and lower deaths related to pregnancy and births.

The World Health Organization has appreciated India for its record-breaking progress in recent years in reducing the MMR by 77. But India’s present MMR is below the Millennium Development Goal (MDG) target and puts the country on track to achieve the Sustainable Development Goal (SDG) target of an MMR below 70 by 2030. 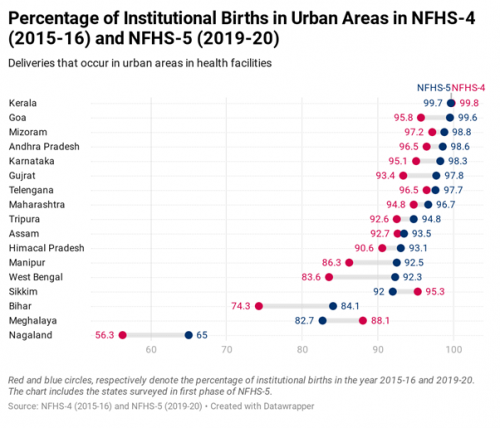 A lot of work has to be done in rural areas and poor performing states such as Bihar as well as a majority of north-eastern states to uplift them in achieving desired proportion of institutional deliveries.

Institutional delivery service utilisation and avoiding births in homes in India is one of the key and proven intervention to improve maternal health and to reduce maternal mortality through provision safe delivery environment.

It is well known that complications that occur during labour, delivery and postpartum period are responsible for a majority of maternal deaths. To reduce the level of maternal mortality, the WHO’s safe motherhood initiative emphasises institutional delivery as one element of emergency obstetric care where complicated cases can be safely handled.

Due to low utilisation of institutional delivery, maternal mortality remains a major challenge in India. Promoting health institution delivery with a referral capacity is the most efficient strategy to reduce maternal deaths for lower-income countries including India.