About 9.13% of menstruating women in south India and Maharashtra suffer from PCOS, while 22.5 per cent have PCOD, according to UNICEF 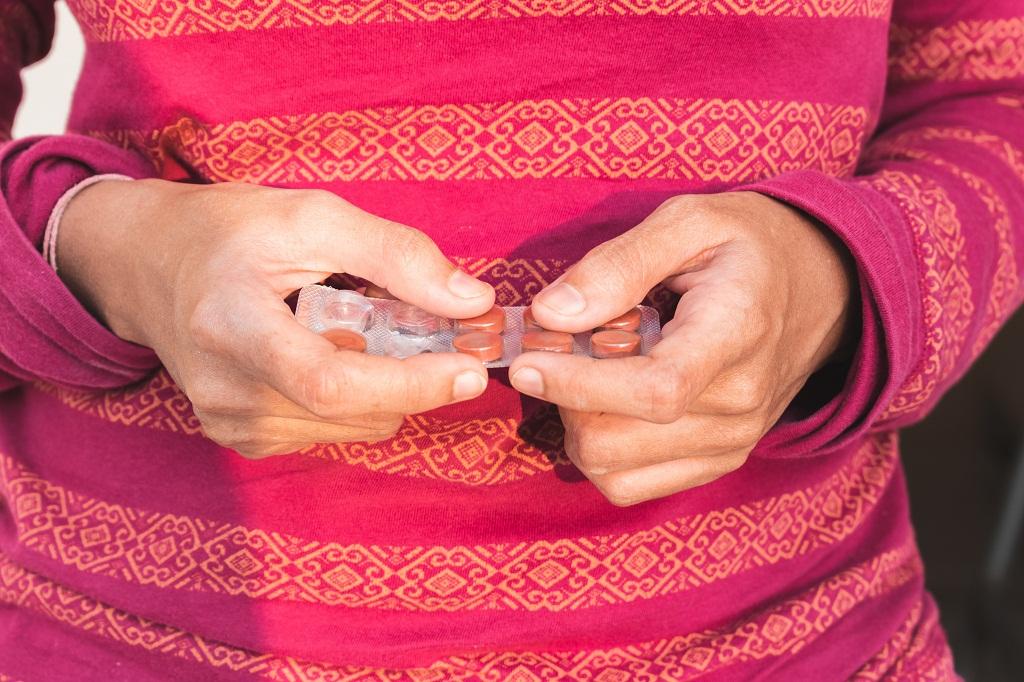 I was taken aback when a doctor informed me that my daughter’s irregular menstrual cycle was caused by hypothyroidism and Polycystic Ovarian Disease (PCOD). The doctor went on to explain that the disease is a widespread medical issue that is becoming more prevalent, especially in metro cities.

Changing food habits and disordered lifestyles have been the primary causes of many health issues. The leading contributory factors to PCOD include hormone imbalances and genetic predispositions.

Also read: Too few women docs to blame for poor reproductive healthcare in India: WHO

As a working mother, I was overwhelmed with guilt and blamed myself for it. On reading about these issues, I wanted to go further into their causes.

I learned from my friends and my daughter’s classmates that most teenagers have painful, irregular and prolonged periods. Due to hormonal imbalances, they are dealing with a variety of health problems.

Although they existed before the pandemic, the doctor claimed that the cases intensified among teenagers after the COVID-19 pandemic.

About 9.13 per cent of menstruating women in south India and Maharashtra suffer from polycystic ovary syndrome (PCOS), while 22.5 per cent have PCOD, according to a UNICEF report published in May 2022.

PCOS and PCOD are generally confused as similar issues. Although they differ in intensity, both are lifestyle disorders.

In PCOD, ovaries release many immature or partially mature eggs, which turn into cysts. A more severe condition is PCOS; caused due to metabolic disorder.

Both create havoc on women’s health, leading to irregular periods, obesity, growth of facial hair, acne, infertility and increased risk of diabetes and heart attack. Mental health and stress also line up in the list.

When discussing lifestyle illnesses, it is impossible to overlook the social, political and, most crucially, economic changes around us. Analysing the connections between these lifestyle disorders and the aforementioned changes can help us understand the problem from various perspectives.

Consumer goods are becoming more widely available at lower costs as the market economy expands. The items that appeal to consumers the most are a food products. Fast food and soft drinks of all kinds have developed a sizable niche for themselves among food products.

Women, in order to create a balance between being homemaker and working individuals, are often forced to look for ways to cut corners in order to feed their families and themselves. They may be aware of the disadvantages of fast food provided by the market but have no other options.

They give in to fast food or packaged food with a high proportion of preservatives due to a lack of adequate household support or because of the unending list of demands for new food items given by their children.

In a nutshell, the financial responsibilities of a woman force her to compromise on the quality of the food she provides for her family and the market steps in to fill this gap.

Even a woman who stays at home to care for her family is always threatened by the market and societal expectations regarding her offspring’s upbringing.

Even though the opening up of the Indian economy and expansion of multinational companies has created enough space for women’s employment, it has adversely affected the biological clock and eating habits of the women working here. They also turn to fast food, caffeinated beverages and soft drinks.

One in five women has PCOD, according to a 2019 article published in the Hindu newspaper. Young women between the ages of 20 and 35 are most affected. Here again, we see the same market that opened the doors for women to enter the workforce now offering medical assistance, including IVF, to those with these lifestyle disorders.

The worst aspect is how nonchalantly PCOD and PCOS are handled as if they were expected to be that way.

When the entire picture has been conceived, I find myself at a crossroads because my identities conflict with one another as a mother, a professional woman and a human being.

As a working mother, I am held accountable for my daughter’s hormone abnormalities since I was unable to meet her nutritional needs. On the other hand, my economic identity is questioned if I don’t work.

At this turning point, I wonder if the market has made room for women like us or if it has forced our identities into the web of dependence the market has built.

The price paid is high as the cost is health and our future generation. Either we have realised it but are unable to assess its intensity or we have reluctantly accepted it as a new norm to attain the benefits of markets.