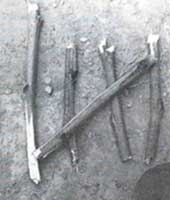 THE range and volume of environmental publications available these days creates an impression that the major environmental problems faced by the world are being tackled efficiently. Research has made it possible for humans to grasp not only full-blown environmental problems, but also to detect potential ones. The evolving status of scientific information and uncertainties associated with it, however, have also frequently confused the path for optimal decision- making.

Environmental publications have proliferated, both, from the countries of the North and the South. Quotes from Mahatma Gandhi, Maurice Strong and others, linking consumption patterns with the limited resources have become household knowledge.

But when the scientific issues of environment are brought close to the socioeconomic and political realities of poverty, population and unemployment, the picture of the available policy options appear vague. In a world that is constantly moving towards economic and cultural integration, global negotiations have become powerful instruments of decision making. Facing environmental challenges and the need to protect the common man needs negotiated agreements among the countries of the world. Otherwise, the global negotiations may become veiled instruments of continuing inequality and hegemony.

An observation inside the halls, where key issues on global environment are negotiated, will suffice to make one understand the complexities associated with such a process. It is here, that the efficacy of the volumes of writings on environment are put on trial. Often, the representatives of many countries lack in vital information on the scientific and policy dimensions of the ongoing debates.

This is particularly so for many Southern countries. Sometimes, due to lack of human resources or institutional weaknesses, many Southern governments are unable to put in the efforts necessary to adequately equip their delegations with information before participating in these global negotiations. This leads to an ill-informed acceptance of global policies by most countries.

Referring to the signing of the Uruguay Round of the General Agreement for Trade and Tariff (GATT) in Marrakesh last year, Julius Nyerere, chairperson of the South Centre, lamented that many signatory countries in the South did not even have the capability of comprehending the long-term implications of GATT for their economies. The dynamics in the case of other ongoing global negotiations does not seem very different -- be it the follow-up to the Climate Convention or the debate over intellectual property rights (IPR).

On the other hand, issues that are so relevant for the billions living in the rural areas of South, like depleting water resources and miserable sanitation, have not yet earned the status of being urgent global environmental issues.

The generation of scientific information and database on environmental issues is mainly been undertaken in the countries of the North. In the interest of wider acceptability of global decisions, higher priority to gathering and interpreting information needs to be given by the countries of the South. Furthermore, if the environmental issues of the poor billions do not get high priority in the national agenda of the South, the critical polemical lectures of the Southern leaders against the North, made during the global negotiations, appear theatrical.

There are equally difficult problems in the North, which shows that the availability of information alone cannot catalyse change. For the Northern governments, acting quickly on global environmental imperatives and moving towards appropriate policy changes and structural transformations in their own countries, towards sustainable consumption patterns is not proving easy. The debate within and among the countries of the North on time-bound commitments for the reduction of emissions of greenhouse gases is an example.

The nature of this challenge is different from classical conservation activities, like saving tree species or protecting animals like the tiger. Today's environmental decision-makers have to relate to the world of modern science on the one hand, and the world of politics on the other.

The outcome of the recently held UN Social Development Summit in Copenhagen, clearly indicates that the era of easy availability of donor funding for the South is over. Over the last few decades, many small countries of the South have been pushed to professional dependence and intellectual marginalisation through international aid. The new era of opening up of the economies of the South can be used to allow the latent human potential in the South to flourish, and indigenously guide the respective governments in global negotiations. The Southern governments should have something beyond "poverty" to sell on the international platform.

---J Bandyopadhyay is an ecologist, with a long research record in environmental conflict analysis. He is presently based in Geneva.