How to approach environmentalism 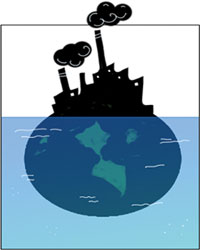 2010 was a loud year for the environment. High profile projects—from Vedanta to Posco and Navi Mumbai airport to Lavasa—hit the headlines for non-compliance with environmental regulations.

While 2009 was the 25th anniversary of the Bhopal gas tragedy, it was only last year that we were all outraged by the disaster. The realisation of how every institution—the judiciary, parliament and government— had miserably failed to provide justice to the victims shocked us deeply.

It was also in 2010 that allegations of “rigging” of climate change science took the world by storm. The sceptics had their moment of glory as they ridiculed science and picked holes in its analysis. And even though most of what they had to say was proven wrong, the damage has been done. Even as extreme weather has hit parts of the world, we are not certain anymore if this variation is the growing impact of climate change. Then in December at the meeting in Cancun, the world took the final step to deny the problem of climate change. It agreed to do nothing to reduce its emissions at the scale and pace needed.

The question is what is the cacophony adding up to. Where is it leading us? Take the issue of projects that have been cancelled or held up because of environmental reasons. It would not be wrong to say that virtually all infrastructure and industrial projects—from mining to thermal and hydel and nuclear power to cement or steel—are under attack today from communities who fear loss of livelihoods. These communities are at the forefront of India’s environmental movement. They are its warriors.

For them the environment is not a matter of luxury; it is not about fixing the problems of growth, but of survival. It is fixing growth itself. They know that when the land is mined and trees are cut, their water source dries up or they lose grazing and agricultural land. They know they are poor. And they are saying, loudly and as clearly as they can, that what others call development will only make them poorer.

This is what I call environmentalism of the poor. The fact is today development projects take local resources— minerals, water or land—but cannot provide employment to replace the livelihoods of all those they displace. It is for this reason that the country is resonating with cries of people who are fighting development itself.

Where do we go from here? I would argue we need to listen to these voices, not dismiss or stifle them in the name of anti-growth dissent or Naxalism. This can be done by strengthening the processes of democracy that ensure people have a say in development. For instance, the Forest Rights Act demands that the gram sabha (village assembly) in tribal areas must give its written consent to a project before it is cleared. Public hearings held during the environmental impact assessment provide the platform for people to voice their concerns. In most cases today the effort is to rig and undermine these processes. Public hearings and even video recordings of the events are faked or the public is kept out through use of force. But what is worse is that the final project clearance process does not demand that these voices are not just heard but heeded too. In most cases one will find the concern raised by people is brushed aside as projects are rammed through in the name of industrial development. This must stop.

But what all this adds up to, in my view, is to define a new chapter of environmentalism in the world. I say this because it is only now that we are being forced to confront some tough questions on how to be or not to be an environmentalist. We are learning that techno-fix solutions, of cleaning up pollution even as we continue to emit more, are not good enough. The rich world has failed to reduce its greenhouse gas emissions through its investment in efficiency. It now needs to find ways to reinvent growth without fossil fuels and to grow within limits. The world failed us in Cancun because the rich are still not prepared to accept the writing on the wall: there are limits to growth, unless we can grow differently.

We in urban and middle-class India must learn this lesson quickly. We cannot afford this environmentalism of costly solutions that want to put band-aids on what is so badly broken. We must understand that our future lies in being part of the environmentalism of the poor, as this movement will force us to seek new answers to old problems.

The bottom line is that in this New Year we must embrace a new philosophy: unless we rock the boat we will not have a boat at all.