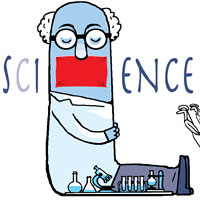 I suspect Indian scientists have retired hurt to the pavilion. They were exposed to nasty public scrutiny on a deal made by a premier science research establishment, Indian Space Research Organisation (ISRO), with Devas, a private company, on the allocation of spectrum. The public’s verdict was that the arrangement was a scandal; public resources had been given away for a song.

The government, already scam-bruised, hastily scrapped the contract. Since then there has been dead silence among the powerful scientific leaders of the country, with one exception. Kiran Karnik, a former employee of ISRO and board member of Devas, spoke out. He explained it is wrong to equate this deal with the scam of mobile telephony, where it was alleged that the minister fiddled with procedures to hand out spectrum at throwaway prices. The reason is that this band of spectrum called S-band, reserved for use in satellites, is different from terrestrial spectrum used by mobile operators. In the S-band the users are different, risks are higher and the customer base is smaller. Hence, the cost calculations done for terrestrial spectrum cannot be used to estimate the loss to the exchequer in the ISRO-Devas contract.

Science journalist Pallava Bagla explains there is a clamour for government to “free” S-band for cell phones in a terrestrial setting. This has been done in Europe, also under pressure from private operators. Clearly, there is much more to this story. But when the scientists who understand the issue are not prepared to engage with the public, there can be little informed discussion. The cynical public, which sees scams tumble out each day, believes easily that everybody is a crook.

But, as I said, India’s top scientists have withdrawn further into comfort holes, their opinion frozen in contempt that Indian society is scientifically illiterate. I can assure you in the future there will be even less conversation between scientists and all of us in the public sphere.

This is not good. Science is about everyday policy. It needs to be understood and for this it needs to be deliberated openly and strenuously. But how will this happen if one side—the one with information, knowledge and power—not engage in public discourse?

Take the issue of genetically modified (GM) crops. For long this matter has been decided inside closed-door committee rooms, where scientists know their decisions will not be challenged. Their defence is “sound science” and “superior knowledge”. Interestingly, the same scientists will accept data produced by private companies pushing the product. Issues of conflict of interest will be brushed aside as integrity cannot be questioned behind closed doors. Silence is the best insurance. This is what happened inside a stuffy committee room, where scientists sat to permit Mahyco-Monsanto to grow Bt brinjal.

This case involved a vegetable we all eat. This was a matter of science we had the right to know about and decide upon. The issue made headlines. The reaction of the scientific fraternity was predictable and obnoxious. It resented the questions. It did not want a public debate.

As the controversy raged and more people got involved, the scientists ran for cover. They wanted none of this messy street fight. They were meant to advise prime minister and the likes, not answer simple questions of simple people. Finally, when environment minister Jairam Ramesh took the decision on the side of the ordinary vegetable eater, unconvinced of the validity of the scientific data justifying no-harm, scientists were missing in their public reactions. Instead, they whispered about lack of “sound science” in the decision inside committees.

The matter did not end there. The minister commissioned an inter-academy probe—six top scientific institutions looked into GM crops and Bt-brinjal—expecting a rigorous examination of the technical issues and data gaps. The report released by this committee was shoddy; it contained no references or attributions and not one citation. It made sweeping statements and lifted passages from a government newsletter and even from global biotech industry. The report was thrashed. Scientists again withdrew into offended silence. The final report of the apex science group is marginally better in that it includes citations but it reeks of arrogance cloaked in jargon. The committee did not find it fit to review the matter, which had reached public scrutiny. The report is only a cover for their established opinion about the “truth” of Bt brinjal. Science for them is not a matter of enquiry, critique or even dissent.

But the world has changed. No longer is this report meant only for top political and policy leaders, who would be overwhelmed by the weight of the matter, the language and the expert knowledge of the writer. The report will be subjected to public scrutiny. Its lack of rigour will be deliberated, its unquestioned assertion challenged.

This is the difference between the manufactured comfortable world of science behind closed doors and the noisy messy world outside. It is clear to me that Indian scientists need confidence to creatively engage in public concerns. The task to build scientific literacy will not happen without their engagement and their tolerance for dissent. The role of science in Indian democracy is being revisited with a new intensity. The only problem is that the key players are missing in action.