Climate change negotiations are by now predictable. The already-industrialised come to each conference of the parties (COP) with a clear game plan, that is, to erase their contribution to the emissions already present in the atmosphere, thereby effectively remove the differentiation between their responsibility and that of the rest of the world to act. This would rewrite the 1992 convention on climate change and let them evade the obligation to provide funds and technology for action in the developing world. The problem is that developing countries do not come with an equally clear plan or proactive position. As a result, in each meeting, including the recently concluded COP20 at Lima, developing countries lose. The terms of the agreement change progressively and deliberately against the poor and the Planet.

Indian negotiators believe they can maintain the status quo and delay any new agreement, but as climate negotiations show, this tactic does not work. We block but the rich countries shove and the ground slips from under our feet. We need to revise our strategy.

For instance, India went to the Lima COP all guns blazing to oppose ex-ante review of mitigation commitments. It has been decided that all countries will declare their Intended Nationally Determined Contributions (INDCs)—how much emissions they will cut, why and when. The ex-ante review is to measure and review whether a country has met its target. It is also to see if the sum of these actions is sufficient to keep the world below the guardrail of 2°C increase in temperature. If not, then to decide on further action.

Why did India oppose this? Because when the idea was first proposed at the Copenhagen conference in 2009, it was definitely unacceptable. The proposal was to move the world from setting mandatory carbon dioxide reduction targets to voluntary action. Under the target approach, the world would decide on the carbon budget—how much can it emit and still stay below 2°C rise—and then set targets for each country, based on past contributions to greenhouse gases. Under the voluntary approach, countries would decide how much emission they would (or could) cut. These commitments would be ex-ante reviewed.

India rightly fought the obliteration of the principle of differentiation, which meant targets would be based on equity and past responsibility. The review was also seen as a dilution of national sovereignty. 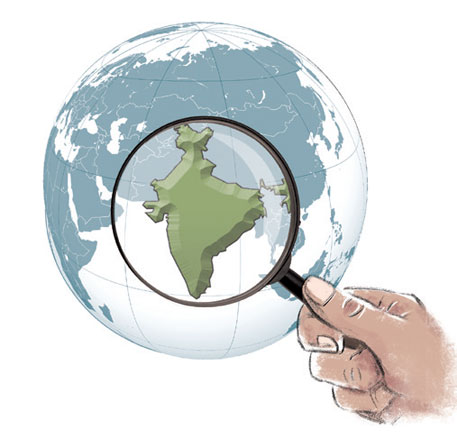 But that was the past. Since then India has agreed that the post-2020 climate agreement is not just applicable to all countries, but that all will take voluntary mitigation commitments (called contributions) which will be domestic actions. So, it has already tacitly agreed to dilute the principle of differentiation. The only peg it is hanging its hopes on is that all this action will be done under the principles of the convention, which inscribe equity. But in this new regime, India has to be proactive and nimble to operationalise the principle of equity.

If it wanted to do this, India could have proposed to hold the rich accountable for their commitments through the ex-ante review. In this way, each country’s domestic contribution would include an equity metrics of its per capita emissions and the carbon space it will occupy. This contribution and subsequent action would be reviewed before the post-2020 climate change agreement is signed so that targets can be revised to take into account ambition and fairness. This way we not only keep the world safe, but also ensure that each country’s actions are based on rightly shared common atmosphere.

Instead at COP20, India decided to stand with China, which has a definite interest in opposing the ex-ante review because it aims at peaking its emissions by 2030. China has already dumped us and moved on. Under an agreement with the US, it has agreed to match its emissions with that of the US at a massive 12 tonnes per capita per year in 2030. The two big polluters will appropriate the bulk of the carbon space, leaving nothing for the growth of the rest of the developing world.

In the Lima Call for Action, there is no provision for ex-ante review. Now countries will provide information about how their INDCs will be fair and ambitious, but in light of national circumstances. We have no mechanism to ensure that the commitments by the rich countries are equitable, and not crippled by what countries can do. In the final communiqué in Lima, even the basic principle of equity—common but differentiated responsibility and respective capabilities (CBDR)—has been fatally twisted. Now it says CBDR will be “in light of different national circumstances”. Effectively, this means the US can say it cannot do more because its Congress will not pass legislation. It has legalised lack of ambition or inequity of action. The rest can follow this course as well.

We can call this a “win” for developing countries or for our heating Planet, only if we are delusional.

An evaluation of India’s national action plan on climate change