Is this ‘legitimate rape’? 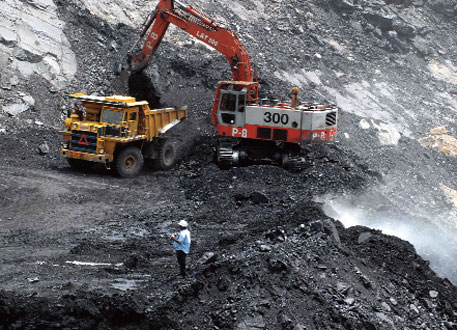 In what has so far been a completely lacklustre campaign for the US presidency, a campaign in which even the normally pushy and self-important American Indians have toned down their profile, the remarks of right-wing Senate candidate Todd Akin on what he terms “legitimate rape” has energised political debate in the country and also introduced a phrase that is likely to be part of our terminology henceforth. What kind of rape would be legitimate and what would be illegitimate?

Akin, a Republican described as “a strong Christian man” by his supporters, has embarrassed party presidential candidate no end with his views that hark back to mediaeval notions. Mitt Romney has demanded that the Missouri Congressman pull out of the contest for the Senate although his views reflect the Republican Party’s official stance on abortions. It wants the US constitution to be amended to ban all abortions without exception. Republicans such as Akin have been demanding that there should be no public funding for abortions even in cases of statutory rape or incest because, amazingly, they had never heard of victims of such crimes becoming pregnant! In a TV interview, the Missouri Congressman said it was “really rare” for pregnancy to result from rape. “If it’s a legitimate rape, the female body has ways to try to shut that whole thing down.” Now, that beats almost anything we have heard in India from right-wing politicians of the same stripe. But it is not the religious fundamentalism of the American Christian right, repulsive as it is, that I want to dilate upon; Akin’s usage of “legitimate rape” has a foul resonance in the scandals that are haunting India.

Look at the government’s response to the various reports of the Comptroller and Auditor General (CAG) on the handing over of scarce resources—from 2G spectrum to captive coal blocks—to private companies. It all amounts to the following: the losses to the exchequer are not as bad as they are made out to be and the excessive figures listed by the auditor are based on faulty assumptions. In other words, the rape of the nation is not as serious as claimed and it was all legal. In other words, it was legitimate rape if one were to go by the justifications of the government.

Auditing the allocation and performance of 57 open-cast mines to private developers between 2004 and 2011, CAG says captive coal mines which were supposed to produce 73 million tonnes in the first four years of the 11th Plan managed to extract just 34.6 million tonnes. It also says the loss to the government on account of its opaque system of allotment was an astronomical Rs 1,85,591 crore, a figure that’s higher than the loss on account of the 2G scam. The auditor’s calculations may be off the mark because of the formula it used to arrive at the figure, and critics, high-profile economists among these, have endorsed the government’s view that the headline figure is inflated.

But in the brouhaha over losses should one lose sight of the more significant issue of flawed processes raised by CAG? One such is its finding that the mines were allotted merely on the recommendations made by states and the administrative ministries? “There was nothing on record in the minutes of the meeting of the screening committee or in other documents on any comparative evaluation of the applicants for a coal block... The minutes did not indicate how each one of the applicants was evaluated. Thus, a transparent method was not followed.”

But the solution it recommends, auctioning of mines—now an accepted policy of the government—could be equally controversial since it would still leave national resources in the hands of a few without ensuring that scarce natural resources are shared fairly and without meeting national priorities. Can auctions really sever the politician-bureaucrat nexus that has resulted in sweetheart deals that siphon off resources from forests to natural gas? Should there be, besides auctions, strict targets and timelines for production and stiff penalties in case of default? In the case of captive mines, CAG found the government could not even encash the bank guarantees of the allottees because the modalities had not been worked out.

According to a widely circulated news agency report, Prime Minister Manmohan Singh, who was in charge of the coal ministry when the blocks were allotted, is keen to make the following assertions if the opposition would allow him to speak in Parliament: competitive bidding would have taken place if the opposition governments in several states had not blocked it; some of the blocks had been allotted much earlier; coal production had increased seven per cent annually from 2004-05 to 2009-10, and CAG, once again, had gone beyond its mandate.

That’s somewhat like saying traffic police is not supposed to take cognisance of rape, legitimate or otherwise.