Bharat Lal Seth talks about his experience on his journey to Pushkar and efforts being made in lake conservation. 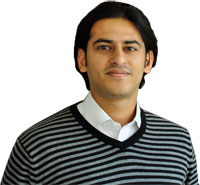 I was told it's as good as a Volvo. But the Goldline buses are anything but what the name suggests. The air-condition circulates evenly the stench of curry and pickle someone is eating, while the legroom is inadequate for anyone more than halfway between five and six feet. And just as I reconciled to the fact that my right leg will, for the course of the journey, crowd the central passageway, an elderly gentleman seated beside me, with a serious case of halitosis, is insistent on talking about the state of the Indian roadways.

The bus from Delhi to Ajmer departs after dinner time and arrives in the heart of the city as it brushes its teeth and prepares itself for another sweltering day. The twin towns of Ajmer-Pushkar are slotted as a two-day destination for both national and overseas tourists thanks to the Sufi shrine of Moinuddin Chisti and the one of its kind Brahma temple. At a short distance from the temple is the Pushkar lake, which according to mythology was formed where Lord Brahma dropped a lotus. Thousands of pilgrims visit the Lake each year to take a dip in the venerated water. But since the summer of 2009 the lake-bed is parched. It is believed that a four metre excavation as part of lake conservation project disturbed the less permeable layers which ultimately resulted in high seepage.

A few weeks back on a visit to the Ministry of Environment and Forests I happened to have time on my hands and decided to give salami to an official I have known for a while. As we began talking, the conversation shifted from lakes to sensational journalism. Knowing that this very department was handling the funding of the Pushkar project at the Centre, I expressed my disappointment with the one-sided media coverage the project received last year.  With a smile the official pulled out a report that had been commissioned in the aftermath of a frontpage report in a leading newspaper. The report carried out in February this year gave a clean chit to the implementing agency. He then hooked me up with an official from the project implementation agency, the Urban Improvement Trust, and told me to follow up with them.

So I made my way, a tad uncomfortable as it were, to appreciate whether the Pushkar lake conservation project was worthy of its 48 crore price tag. I checked in a hotel and called the executive engineer I had spoken to prior departure. “Where have you put up?” asked the engineer. “I’m at Khadim,” a hotel run by the Rajasthan Tourism Development Corporation and known for its ideal central location. He voluntarily decided to pick me up on the way to office. “Let’s meet at the reception in half an hour”.

I was never one of those hirsute legged schoolboys who looked like a college goer in the 9th grade. I'm 26 and don’t look a day older, at times much younger. At least so I’m told. Anyhow 30 minutes later there he is, in off-white pants with shirt to match; mobile slung around the belt in a leather case with hair parted extreme from one side to the other. He walks past. I follow, overtake, introduce myself and offer him my hand. He seems a little disappointed and leads me to the car in a manner in which he wished he had sent the junior engineer to pick me instead. I get talking.

I've seen a lake or two and begin to tell him about my recent experience of the Mansagar in Jaipur. I also briefed him on a bio-remedial method being undertaken at lakes in Delhi. All of a sudden, he's interested. He makes a call to WAPCOS, a public sector undertaking of the Ministry of Water Resources, who are the consultants for the Pushkar Lake project. “There's a young journalist in town and he's writing an article on Pushkar Lake”. Fifteen minutes later two senior officials are in his office to brief me on the lake conservation project.

Two officials are then deputed to drive me to the lake, and show me the work that has been undertaken in the lakebed and catchment. Pushkar is a 30 minute drive from Ajmer and we spend half the day on site and the second half at the field office. The driver is instructed to drive us through the 15 km lined channels, earlier run-off streams which have been concretised over the past few months to reduce water loss en-route to the Lake. The channel leads us to the Lake where I begin to ask them a few questions. We walk along the ghats (bathing places) to see some of the beautification work that has been completed. The engineers, I can tell, are enamoured by the polished steel railings and Victorian night lamps. In the vicinity they point towards two artificial trees, erected at a cost of Rs 5 lakh a piece to ensure the pigeons do not take a dump at the ghats. Not a single bird, however, is perched on these cemented structures.

At the time with the monsoon rains imminent, I wondered whether the dry Pushkar Lake would be restored to its former glory. News reports are now suggesting that the water levels in the lake is highest in the past two decades. The officials are sitting pretty earlier having been criticised for having conveniently forgotten that Pushkar was a groundwater fed lake. The rains would recharge the groundwater and in the dry season several springs would flow towards the Lake. But over the years these natural sources have dried. Instead the conservation project has spruced up the 21.87 square km catchment area and concretised the surface run-off channels to make every drop of rain count.

But there is one question that I pondered over on the journey back and continue to do so in hindsight: Is this the future of Lake conservation?