Lavasa: Dream for one, nightmare for many 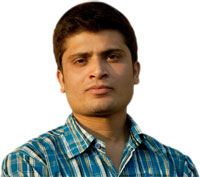 Sitting near her dilapidated hut in Mugaon village, 70 kilometres from Pune, Thumabai Walhekar (50) was furious. I had asked her a simple question—did she want township Lavasa? Mugaon is one of the 18 villages where Independent India’s first hill city is being developed.

Thumabai spoke breathlessly in Marathi, her mother tongue, for at least 10 minutes. I don’t know the language, but her words “Aamchi maati, aamcha paani, aamcha jungle... (Our land, our water, our forest...),” caught my attention. Prasad Bagve, a volunteer of National Alliance of People’s Movement (NAPM)—an alliance of activists and non-profits—who accompanied me to the village, translated the rest. “Who the hell is Lavasa to take away our land from us?” were Thumabai's words, he said.

The township is being developed in more than 5,000 hectares (ha) of the Western Ghats. It promises quality life for the well-heeled, affluent urban class and is touted as a “dream city” by its developers Lavasa Corporation Limited (LCL). Lavasa's dream, however, is a nightmare for Thumabai and her husband Bandya Bhau Walhekar (65).

In 1972, Walhekar had got 6.67 ha land from the state government under the Maharashtra Agriculture Land (Ceiling and Holding) Act 1961. The Act mandates acquiring excess agricultural land from the landowners and distributing it to the landless. The land records showed that Walhekar’s land was transferred to a couple Sharda Shuresh Shetty and then to one M R Diwakar. The couple said they were not aware of the transactions. “I never sold my land. I don’t even know any Shetty or Diwakar. They never came to me to buy the land,” Walhekar said.

When they protested against the land grab, company workers started harassing them. “My 17-year-old daughter was molested a few months back. She was alone in my shop in the farm when some men barged in,” Walhekar rued. I asked if he had filed a complaint for this. “We went to the police station. They took an application from us but did not register an FIR,” he replied.

Walhekars are determined to fight against the project. Their day would begin by placing boulders on the pathway Lavasa had made on his farm. LCL had installed a huge stone crushing machine on the farm and were constructing a road to access the crusher. “The company workers would come and thrash me. Twice they have threatened me with a pistol. But I continued to fight. This is my land. I will die but not give it away,” he said. This continued till November 25, the day environment ministry asked Lavasa to stop work.

Walhekar and Thumabai then took us to another resident. A widow, Leelabai has three daughters and a son. She made us sit inside her newly-constructed hut and served us tea. Her old house was gutted in a fire in December last year. She and her children managed to escape from the fire that broke at midnight.

Leelabai alleged it was the act of Lavasa’s land agents. “Lavasa had been mining on my land. Its agents had cut trees and constructed a road on it. When I opposed, the company claimed it was their land, not mine. The agents of the company started harassing me,” Leelabai said.

Walhekar and Leelabai then took me to show their fields. Both had put display boards on their lands specifying land record numbers and their names as owners. The boards warn of legal action against encroachers. “We are illiterate. But we get motivated to fight when people from cities come and listen to us,” Walhekar said expecting some kind of assurance from me. Sensing my dilemma, Bagve said, “Don’t worry, he will tell the people in Delhi about your problems.”

As we walked back to the village, I asked the residents if they were experiencing any problem due to the environmental damage the project was causing. “Hamare jharno se paani chala gaya hai (there is no water in our springs),” said Mamta, Leelabai’s daughter and a class 10 student. “How?” I asked immediately. “The flow of water under the rocks has been disturbed due to the blasting of hills done by Lavasa,” she replied. The jharna looked more like a pit where some rainwater had accumulated. “A stream used to flow from here but Lavasa has spoiled everything,” Thumabai said.

As we walked back towards our taxi to return to Pune, Leelabai asked me if I could drop her and her daughters to Pune. Her youngest daughter had injured her skull while playing. She wanted to get the dressing done. I happily accommodated them. “Is there no medical centre closeby,” I wondered. “Lavasa has brought Apollo hospital. It charges Rs 300 for one dressing,” Leelabai said.

Just then, my phone rang. “Mr Sambhav, can you visit Lavasa tomorrow? We want you to show how happy the residents of villages are with the facilities we have given to them,” said a public relations executive of LCL. The company had been insisting me to visit the city so that they could show me how “big” and “beautiful” their project was if I wanted my queries (I had e-mailed them) to be answered. Arnab, my news editor, later went to Lavasa township with them. My e-mail queries, however, were never answered. “The matter was subjudice,” they said.

Photo Gallery: This is what Lavasa looks 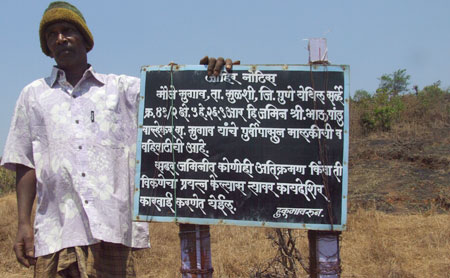