Loving trees is not enough

Can merely conserving trees save the environment? 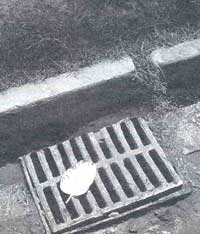 EVERY epoch has its own pet causes. Ours in India is environment and liberalisation. Unfortunately, the two are often at war with each other and in the event of any real confrontation it is environment that loses out. Is it because people do not really care for the environment or because the immediate gains outweigh long run effects? Or has environment now degenerated into a mere fashion?

Environment has been reduced to mean love and conservation of trees. Going by the media hype, it would appear that preservation of trees was, in itself, something so noble and rooted in our tradition that it automatically ensured other virtues of balanced consumerism. Nowhere is this fallacious reasoning better demonstrated than in Bangalore.

Returning to Bangalore after a gap of 25 years, the city seemed the same at first sight. Narrow roads flanked by huge trees. Most of them are two or three centuries old, remarkably preserved and well cared for with the Bangalorean's true love of trees. It is the kind of love that makes them curve holes in the middle of their balconies to accomodate tall angled coconut trees.

My euphoria was short lived as a chaotic assortment of vehicles roared by, spewing acrid smoke on trees and humans alike. I stepped back hastily out of the way of a speeding truck and promptly fell into a garbage heap. I realised that the love of trees does not endow one with even a rudimentary social sentiment.

Bangalore was as much a city of gardens as of garbage. The very people who lovingly planted saplings in front of their houses routinely threw their stinking garbage in front of their neighbour's houses. It proudly acclaims itself as the fastest growing "modern" city in India. An upcoming Sillicon valley of the south. A city with the largest per cpita number of trees as well as two wheelers. It also has the narrowest roads and the most senseless traffic, any where in the world, this is a fact buried under the tall trees and taller claims for the role they play in our lives.

No doubt trees have a role as sinks for the absorbtion of pollutants. What is difficult to understand is the charade of demanding a halt to various construction activities in the name of conservation of old trees. Everyone knows, including the vocal protestors, that nothing they write, say, network or campaign, is going to make an iota of difference to the rate of growth of the industry and urban population, in Bangalore or anywhere else in India. Growth needs infrastructure, and even environmentalists end up making as many demands on the infrastructure as anybody else.

I storngly feel that in all our formulations, we, in India, tend to gloss over the ordinary and the commonplace, to concentrate on the global issues. I do not think any major changes can be brought about by a person who is afraid of being called a "good housewife". I think Gandhiji was an excellent housewife. That is why he concentrated so much on lavatories. I do feel that proper "garbage disposal" is the key to our environment and health policies.

The environmentalists who are vociferous in Bangalore today against the building of sports complex because it will impinge upon a sewage clogged marsh, and by now non-existent lake, were mute when these were being choked to death with the garbage and sewage of the city. It is quite safe to protest now because they know that nothing will come out of it and they can continue with their plans to buy now and sell later when land prices rise.

Road safety is another matter which the great environmental pundits do not care to be bothered with. It is all due to the increase in the number of two and three wheelers, they bemoan, and positively swears by air conditioned cars for themselves. That is the extent of their concern. In the month of March '95, the new chief minister of Bangalore repealed the law requiring compulsory use of helmets for two wheelers, in a charateristic Kafkasque statement he said that he knew that it was wrong to do away with helmets, but he was doing it under pressure from the young. The strangest part was that the intelligensia was found saying that it was all part of greater freedom or liberal democracy.

I feel it is high time serious environmentalists distanced themselves from the fashionable ones and took account of the unromantic everyday problems of a growing market economy and its impact on the general populace.

Mridula Garg is a reelance writer of novels and clildren's stories based in New Delhi.