Mindless on the Maoists 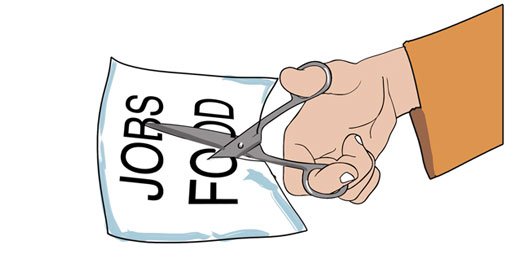 Among the amazing things that NarendraModi has said and done in the past year as the Prime Minister of India must rank his visit to Dantewada in early May. In this district of Chhattisgarh, the hotbed of the Maoist or Naxalite insurgency, went Modi, apparently the first prime minister to visit the blood-splattered district in three decades. That was laudable, knowing how busy the man is with a foreign itinerary that leaves him little time to attend to matters of import.

Intrepid Modi then went and made a terrible speech, a tearjerker that showed how much more foreign and more inscrutable Dantewada is to Delhi than even Ulan Bator. At a public rally organised with armour-plated security, the PM appealed to the Maoists to do the following: “Wear tribal clothes and visit a child who has lost his parents. Spend five days with him. Talk to him, don’t reveal who you are. I can tell you with certainty that the boy… will force you to reconsider. You will be shattered by the grave sin you had committed… intoxicated by violence.”

Really now? Seemingly swept away by his own rhetoric, Modi asked the battle-hardened Maoists to “embrace humanity once, and meet the aggrieved families”. That apparently would be a life-changing experience because thereafter “you will be transformed by a boy who suffered by your bullets”. Incredible as it sounds, it is not likely that the newspapers were misquoting Modi. Almost all the reports of his day-long tour of the disturbed area carried the same speech.

If a Maoist were to turn around and tell the PM that the reason why he or she had taken up the gun was on account of the harsh and unjust ways of the state would Modi have been moved? If the Maoist explained that he was the same Adivasi boy who had been orphaned and made homeless by the security forces or by an exploitative system would the PM have seen the truth of it? Modi only needs to dust off a pile of reports and studies that have delineated the causes of alienation in the areas of Naxalite influence. He would gain excellent insights from spending an hour or two on a 2008 report prepared by an expert group set up by the Planning Commission titled Development Challenges in Extremist-Affected Areas. It would tell him clearly where the state is going wrong.

The Maoists don’t believe in mawkish appeals to the state. Their ideology and the means they adopt to achieve their goals is out there in the open—whether the rest of us agree with these or not. And they have no time for the games that politicians play; their existence and those of the Adivasis and Dalits, the stock they come from, is always on the line. Although it swears by development, the state has always relied on brute force to crush the tribals/Maoists, particularly in the past seven-eight years when the entire weight of the security apparatus from police to paramilitary and commandos has been deployed to clear the jungles of the red menace.

Modi has promised that “this drama of death” will stop and that “development is the only way to solve your problems”. He has asked the Maoists to “sit together” with the government. Should they trust his government any more than they have the previous ones? Ground reports from the state say that Modi’s policies have only deepened the rural crisis by slashing funding for two critical schemes that provide a net for the poor: jobs under MGNREGA and subsidised food under the food security Act. Does he understand the linkages between such Acts and the continuing hold of the Maoists?