Residents of Sundergarh grow black paddy,; their lungs are full of coal dust; their agriculture lands have been acquired for mining and the youth are rudderless and jobless 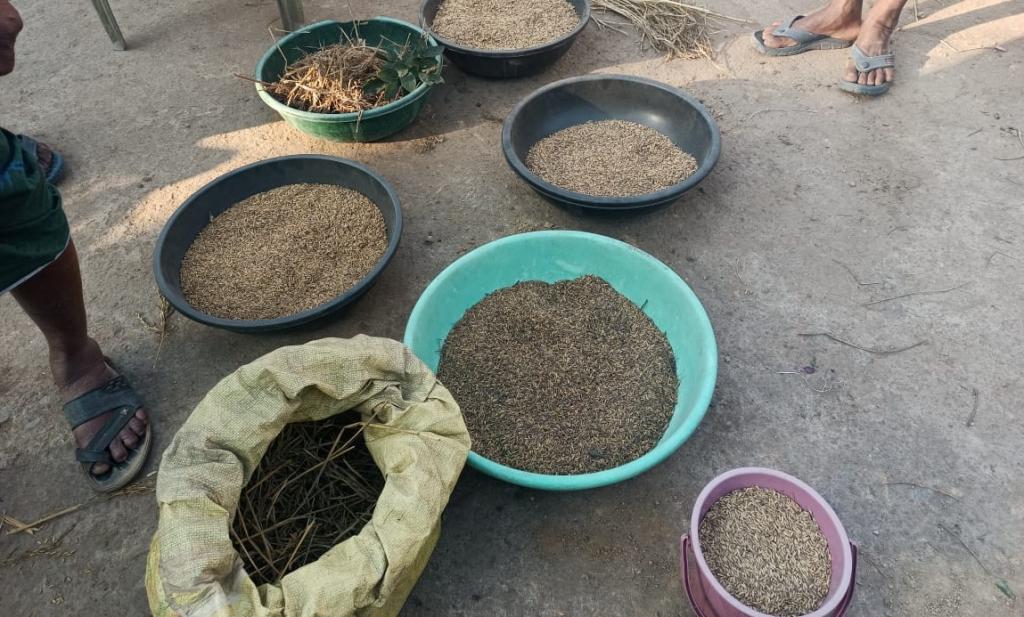 Sundergarh in Odisha is a ‘black land’. No, it does not have black soil. It is a coal mining area and the activity has wrought havoc on the health and livelihoods of the local residents, mostly indigenous communities such as the Hill Khadia, Bhuyan and Gonds.

The Hemagir block of Sundergarh district is enveloped in toxic black coal dust. This is because 3,500 trucks pass through 45 villages daily, ferrying coal from nearby open cast mines.

The health effects associated with coal mining are severe. It causes various pulmonary diseases, including coal workers’ pneumoconosis and chronic obstructive pulmonary disease (COPD). COPD cases in Sundergarh have gone up by almost 45 per cent in the last decade.

Coal miners are exposed to crystalline silica dust, which causes silicosis and other morbidities. These lung diseases have resulted in impairment, disability, and premature deaths.

People living in coal belts have higher incidences of respiratory illness, compared to the general population and Hemagir block is no exception. The villages of Ratanpur, Chhatabar and Luabahal are among the worst sufferers.

Dust due to coal mining has also hit the livelihoods of farmers. The paddy grown in Sundergarh is black. It is not like black rice. That might sound exotic and contain high protein. Black rice gets its signature black-purple colour from a pigment called anthocyanin, which has potent antioxidant properties.

The discoloured black paddy of Hemagir, on the other hand, is a cancer-inducing poison.

The discoloured paddy cannot be sold to the millers and LAMPCS (Large-sized Adivasi Multipurpose Cooperative Societies Ltd (like Gopalpur and Luabahal LAMPCS for instance). They refuse to procure black paddy.

District and block agriculture officers as well as soil scientists have conducted extensive ground inspections in the area. They have officially reported that the discolouration of the paddy is so thick that a tar-like paste remains on the surface of the paddy grains even after a thorough wash.

The deposits get thicker and intensely layered.

Many reports have been written. The locals have voiced their right to life. The Union environment ministry had instituted a site inspection and monitoring report about three years ago. It stated that the concentrations of particulate matter PM10 and PM2.5 were above permissible limits in the area.

The report suggested more sprinkling and control measures to be undertaken on priority. Despite local suffering being widely expressed, the expert appraisal committee (EAC) of the Union environment ministry recommended environmental clearance for expanding the capacity of the Kulda opencast coal mine by 20 per cent.

What about the people, their next generations, their health, agriculture and water bodies?

The mine’s output will now increase to 19.60 million tonnes per annum (MTPA) from the current 14 MTPA. Mahanadi Coalfields Ltd (MCL), the mine owner, is expected to plant 100,000 native trees with broad leaves along the villages and 50,000 trees along the transportation route.

Can they implement that on the ground, or can they plant these in two years? MCL has also been directed by the ministry to install air quality monitoring stations in the mining area.

So far, there has been no monitoring of the dust emissions from the mining operations, including transportation. Transport and mining companies work in cahoots. The scale of the expansion should not further marginalise local communities and subject them to land acquisition, displacement, corruption, intimidation and toxic, killer pollution.

Health emergencies are rising. The livelihoods of the local farmers are dwindling. Agriculture lands have been acquired for mining and the youth are rudderless and jobless.

In Ratanpur village, 25 acres of cultivated land was recently acquired for mining. The Scheduled Castes and Tribes in the area are small, marginal landholders who traditionally cultivated in the adjoining forests. Even their claims for titles / Patta for the forest land under The Scheduled Tribes and Other Traditional Forest Dwellers (Recognition of Forest Rights) Act, 2006 have gone unheard.

The coal companies are obviously trying to earn millions of carbon credits from the coal expansion. Nothing should stop that, but this shouldn’t be at the cost of human lives.

The number of environmental protests is on the rise. Coal is one of the cornerstones of climate diplomacy and we in Odisha are grappling with rejuvenating the economy after the COVID-19 pandemic and recurring natural disasters.

Charudutta Panigrahi is a policy advisor in sectoral reforms, the Chairman of FIDR, writer and political observer