COVID-19 has 3 official narratives — the medical and the governmental are presented emphatically; the social is ignored 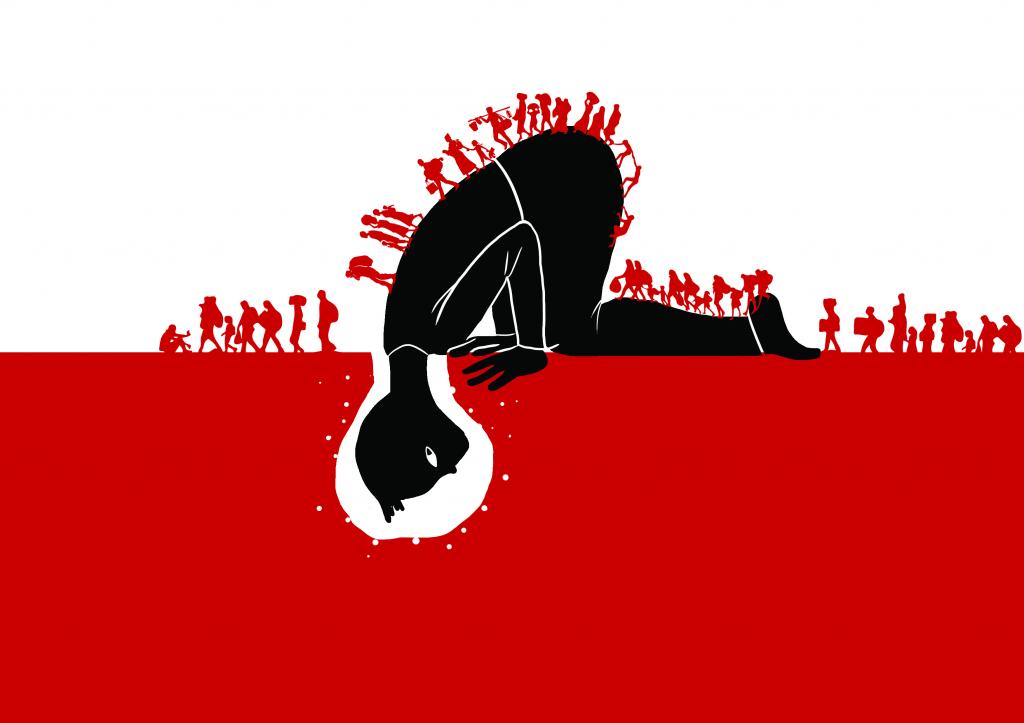 The late professor Ram Chandra Gandhi was one of India’s most creative philosophers. I remember he could philosophise anything, from a text to a song to a landscape. He created a ‘thoughtscape’ around each of them evoking a world of web and concepts.

Even a child’s crying was enough. He could celebrate the primordial, the original or the Neolithic inventiveness of a child’s offering. One wishes that one had a philosopher like him to deliberate on the novel coronavirus.

Ramu would have read the coronavirus as text, a performance with immense consequences at different levels. He would take key concepts and triangulate a connectivity.

Imitating him I realised that three worlds as life worlds dominate the corona. They are fear, time and the body as mass death. He would say that if you go beyond the cacophony of lockdown and policing, go backstage, one would witness the epidemic as forming three ecologies, each creating a social world of its own.

Ramu would argue that to grasp the lockdown one has to abandon linear time. The linear time of the lockdown destroyed time tables and what is unfolded was a sheer anarchy of time. The calendar of timetables yielded to the time of hopeless waiting and unemployment, to obsolescence and to apocalyptic encounters.

We move from a secular to a demonic world as we confronted mass death. Mass death, Ramu would have pointed out, cannot be dealt with in body counts. This reveals the societies inability of mourn collective death and this has become stark for India.

Further, in a sociological sense, the concept of life cycle gets abbreviated and distorted, as old age is marked off and equated with vulnerability, as a bundle of susceptible times. Old age loses its organicity and merges with the mechanical time of obsolescence. Society moves between erasure and obsolescence, unable to confront mass death. India neither a demonology nor a psychology for it.

A different set of problem in time appears at the level of individual since time is no longer controlled as timetable, the worker confronts the emptiness of purposelessness. Waiting corrodes the person and has now become the art form of the vulnerable.

Waiting is empty time, pretending to be coated with hope. It is replete with emptiness, monotony, drudgery and repetition. In fact, the problem of time unsolved by the virus needs psychological attention.

At a collective level, we face the hollowness of mass death as the modern society India has no myths for apocalyptic time or a phenomenological understanding of waiting hopelessness or boredom.

Our society cannot plan in linear time and think of timetables as inevitable. We have to plan for a multiplicity of time if we are looking for meaning and sanity. The virus, in fact, becomes an invitation to think futuristically.

Along with the ecology of time, the virus creates an ecology of fear and anxieties, we confront fear as danger and even as everyday terror. But the everdayness of fear is not captured in corona narratives. A housewife’s sense of fear and anxiety finds no recognition and consolation.

A young woman told me: “I wish I knew a folktale, an Indian myth, that involves the virus. If the virus is one form of mystery, time unfolds as the other. Sadly, our everyday fears are so secularly empty. Boredom, drudgery monotony and repetition as fears of different kinds become an epidemic of imagination. Sadly, neither spirituality nor professional psychology has much to offer.

“A psychoanalysis of viral time is overdue. We need an anthropology of fear and danger in everyday sense. We are not even taught that fear and anxiety can be normal and need not be repressed. But often they become the silences of the epidemic. We create caricatures of epic heroism, but a housewife or a child combating fears has no place in our narrative.

“But there are other fears that are even more poignant, the trauma of a slum subject being harassed by the police is ignored. I remember a woman told me; the police visited us today interrogated my husband. He was shocked and humiliated, he feels half a man.” The virus amplifies the everyday terror of a slum.

Both fear and time, eventually focus on the vulnerability of the body. People hear that a man coughing repeatedly was beaten by a panicky mob.

The virus and the lockdown focused on the migrant.

If the epic of Shaheen Bagh emphasise the plight of the refugee, the virus unravels the woes of the migrant. The migrant becomes the more liminal creature, underlining the ambiguities of citizenship.

If a refugee is homeless away from home, the migrant is homeless in his own country, suspect and treated as deficit evil. The pictures of migrants being sprayed with chemicals in Bareli show that they are barely seen as humans.

Oddly in India, in a Kafkaesque sense, humanity begins with a clerical certificate. Without a ration card the migrant faces hunger. Without transport he cannot ascertain how his family is? If he protests such treatment, he is immediately treated as a law-and-order problem.

The social distancing of the migrant is easy for the state as it has already mentally distanced him. A colleague of mine said: “We need a Shaheen Bagh for migrants as we understand so little of their plight.”

The coronavirus is seen as three official narratives. The medical and the governmental are presented emphatically, but the social is ignored. Sadly, it’s the social as memory carries the longest marks of the virus.

Beyond medical discourse and policy narratives, the corona demands a different kind of storytelling. John Keynes was wrong. His quotation that in the long run we are all dead is only literally true.

It is in the short run that people die in droves, the survival lives into the long run, traumatised by fears few talk about. A violence untold, remains a permanent blot on society.