Filmmaker Tarun Bhartiya posted a thread on his Twitter handle about the late matriarch of Domiasiat in Meghalaya’s Khasi Hills, who refused to sell her land for uranium mining 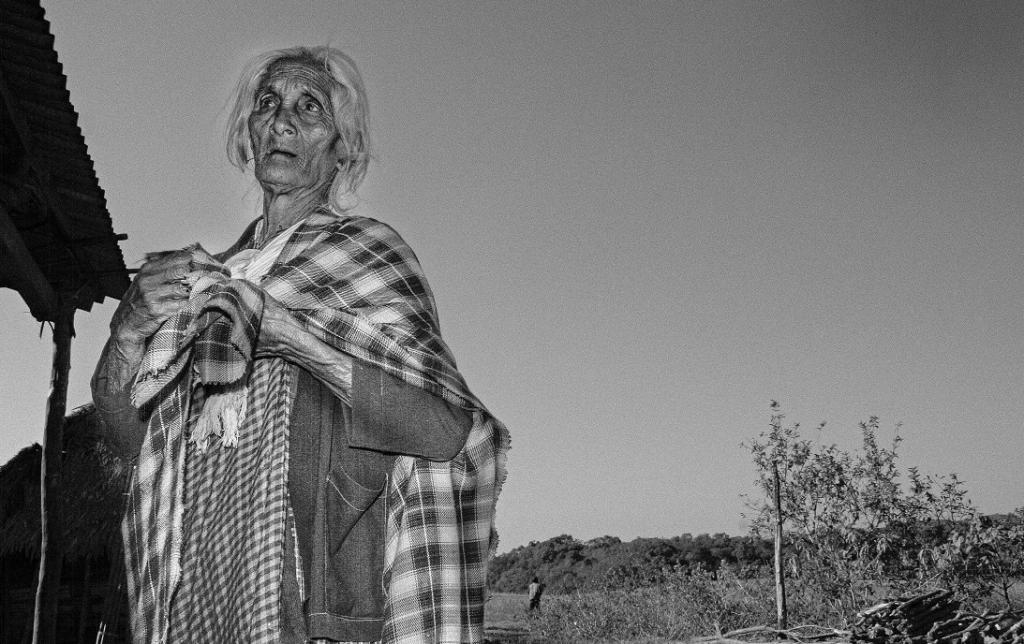 Kong Spelity Lyngdoh Langrin of Domiasiat, in Meghalaya’s Khasi Hills is no more. She left us on the night of October 28, 2020, at 11.30 pm. Kong Spelity, 95, the matriarch of Domiasiat, refused to allow uranium to be mined on her land.

Offered Rs 45 crore for a 30-year lease of her land, she said, “Money will not buy my freedom.”

Today as I try to figure out your absence, I want to tell the story I tried telling the world some time ago: “I have a story. Many years ago, I was in Domiasiat village in West Khasi Hills. Domiasiat sits on top of India’s biggest uranium deposits.

Those days, you took the only bus to Phlangdiloin from Shillong in the morning. After eight hours and a 50 odd-kilometre journey, got off at Wahkaji in the evening and then walked for an hour to reach a village of seven households.

I wanted to meet Kong Spelity Lyngdoh Langrin. She had refused to lease her land to the Uranium Corporation of India Ltd (UCIL) even after being offered Rs 1.5 crore annually for thirty years.

She was instrumental in chasing out the dkhars, who came with the Atomic Minerals Division to prospect and test mines for uranium, from her village. When we reached Domiasiat, she wasn’t there. She had gone to the forest to gather pepper and bay leaf for the market.

No one in the village could tell us when she would be back. We were lucky that she came back the next day.

As I was in West Khasi Hills, I had gone with a friend from Mawkyrwat, thinking that he would be able to translate for me, with his knowledge of the Maram variant of Khasi.

I asked Kong Spelity about her land, the amount of land she owned, all sociological documentary kind of information. She did not get the translation of my friend. We realised that although she was from the west, she was not so conversant with Maram.

So it became a double translation: English to Maram and then translated by the headman into the local variant of Khasi and back again. She described herself as not well to do, although she owned two hills.

I asked her then as why she didn’t lease her land to UCIL. She didn’t reply but started walking briskly towards a clump of trees. We followed her. The clump actually hid a small waterfall and pool.

She stopped and turned to me (lit by dappled forest light) and said something about freedom, something about how selling the land would be like selling her freedom and could the money buy this river, this land, this waterfall.

Obviously, it took time for me to get it all but standing there in some sort of an Edenic silence, I was stunned with tears of clarity.

A few months later, I managed to con my way into an exposure trip to Jadugoda which UCIL was organising with some local Khasi notables (politician, contractors, youth leaders, you get the idea).

This was to counter the so-called false narrative that the anti-uranium movement was supposedly spreading with screenings of Buddha Weeps in Jadugoda, dubbed in Khasi.

A senior Bengali technocrat of UCIL liked me; you know how it is about culture etc.

I haven’t talked so much Tagore in life. So one day, I asked him about uranium mining displacing people.

He looked at me amazed. What displacement? We will rehabilitate them. It is so easy. How many have to be rehabilitated? A thousand, maximum.

We will pay them, even make houses for them, give some of them salaried employment. They will become ‘reachable’. Anyway, they are such unproductive people, they may have land but they don’t know the value of that land. People work hard but don’t get remunerated for it.

In most of the debates about the ‘xenophobic’ North East, we, from the land of feudal landlessness and exploitation have no idea about how to deal with people who think of land not as merely a factor of production but as an imagination, an Eden to live in.

The conflict of interpretation which a Marwari, Bengali or Bihari has with a Munda, Khasi or Naga is this mismatch of history.

People who have lived with land being privatised, expropriated, labour being turned into commodity and hierarchy being sacralised, find it difficult to understand Kong Spelity.

It is the world of productivity against the dream of commons lived.

It is population-dense societies against the population-sparse communities.

Tarun Bhartiya, a Shillong-based filmmaker and activist, photographed Kong Spelity for many years. This account has been edited for language and punctuation