The Salwa Judum judgement and the Union home ministry

The recent Supreme Court judgement holding the appointment of Salwa Judum cadres in Chhattisgarh a violation of Articles 14 and 21 of the Constitution comes as a political embarrassment for the Union Ministry of Home Affairs (MHA), which has consistently tried to upscale local resistance (read Salwa Judum) to the Maoist struggle with special funds being provided to states for the purpose. The judgement couples both the Central and state governments together in a severe and uncompromising critique of their policies. It raises concerns over MHA’s tendency to take a law and order and national security approach to complex social scenarios.

Traditionally, secret reports from police agencies, especially the Intelligence Bureau (IB), have predominated over more sensitive reports from other sources, including the Planning Commission. This bizarre situation has been especially true with regard to the Maoist movement in Chhattisgarh and other tribal districts. The IB has portrayed the movement as the most serious “internal security threat” in India as opposed to the commission, which has taken a much more balanced approach. Police agencies are not equipped to study the multiple complexities of developmental conflicts but tend to view them through the lens of security. Why should police reports prevail over concerns of the Constitution of India? The apex court has come out very clearly in foregrounding major Constitutional concerns. 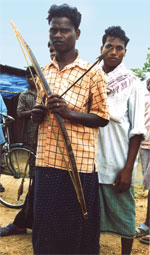 In 1967, MHA did set up its own Research and Policy (R&P) Division to study and report on such conflict situations. The division worked well for many years generating useful studies. A 1969 report said the Green Revolution would likely turn into a Red Revolution unless agrarian reforms were carried out. It was placed before Parliament, and Indira Gandhi, the then prime minister, wrote to states stressing the importance of agrarian reforms. Naxalism emerged strongly again in the 1980s and has become more powerful in the current phase of economic liberalisation. The division was mysteriously wound up in the 1990s. MHA had the additional responsibility for the development and protection of the Scheduled Castes (SCs) and Scheduled Tribes (STs) but in the 1990s the responsibility was transferred to the newly set up social justice ministry.

MHA says Maoist violence today affects over 2,000 police stations across 20 states. The police budgets of the Union and state governments have reportedly gone up over a thousand-fold from 1967 to 2007. The annual budget of MHA has gone up in the recent period from over Rs 23,000 crore to Rs 38,000 crore. State violence aggravates the cult of violence but the colonial precedent of using violence to quell violence continues to be followed. Ironically, MHA still does not have a binding institutional mechanism for policy-making at the top to deal with complex issues. A former home secretary has stated the ‘‘available expertise at the bureaucratic level to understand, anticipate and evaluate an intricate problem is inadequate and amateurish. The situation in some cases was salvaged in the past because of the flexibility of the system, the sagacity of the political leadership and its openness to information from all quarters’’.

The political response to Naxalite violence often attempted an appraisal of socio-economic conditions but once the intensity of violence abated, the standard administrative action of deploying Central paramilitary forces took over. Allegations of fake encounters and other misdeeds were swept under the carpet. Excessive preoccupation with peace and order, ignoring issues of law and justice, proved expensive. The ad-hocism and amateurishness in this area of policy-making can be remedied only by “additional inputs of knowledge and vision through multidisciplinary research and policy analysis’’. However, the situation has only worsened in the subsequent years. It is noteworthy that B D Sharma, the former commissioner for SCs and STs, in a recent letter to the President, has expressed concern over the violent situation in the central tribal districts. Even if the conflict is resolved, its effects on the national psyche need to be healed and a reasonable degree of “closure” achieved so that the patterns of political violence and terrorism don’t reappear.