The BJP has declined participation in a Monsanto organised study tour. But such veiled lobbying could become stock-in-trade of transgenic majors in a days to come

The BJP has declined participation in a Monsanto organised study tour. But such veiled lobbying could become stock-in-trade of transgenic majors in a days to come 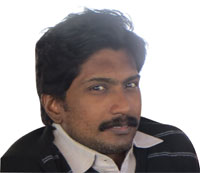 There were two news reports which pose some critical questions on the approaches of Indian Parliamentarians towards both the farmers and Multinational seed companies. There was an interesting media report (report in the business standard dates 22nd August, 2014) about the Monsanto-funded study tour for Bharatiya Janata Party's Members of Parliament. It has been just news item. Again on 26th another report in the same news paper, which quoted the BJP spokes person according to him, “the party welcomes visits by MPs if these are part of a structured process as such tours help expand their knowledge base and provides them with requisite exposure. However, we believe the presence of party MPs on this visit might not be appropriate as the matter of GM (genetically modified) seeds is being reviewed by the government” (report in the business standard dates 26th August, 2014). The spokesperson did not say no to the purpose and content of the tour, but concerned about the time of the tour. It could be read as just news item; however there are more to it. BJP spokesperson and Swadeshi Jagran Manch leader oppose the tour because of the fact that it would invite criticisms; however, no political party raises any critical concern towards the tour.

This write-up does not intend to discuss the larger political concern with this study tour, rather it attempts to read the news items in the context of some critical concerns pertaining to India’s seed market and the market interests of Monsanto. The company is one of the largest seeds and pesticide manufactures in the world. It is known fact that private seeds and fertiliser industries are dominated by oligopoly market. The major hurdle for the market expansion of private seeds and fertiliser companies are public sector companies, native seeds and ‘saved seeds’. Farmer's indigenous methods of making seed are also threat to the expansion of private sector, especially MNCs. The proposed study tour of 15 MPs and BJP position on GM crops needed to be assessed in this context.

Monsanto is not new to Indian farming sector, Marie-Moniqe Robin's famous book, world according to Monsanto ( p295), explained that, in 1993, Monsanto negotiated a Bt technology license agreement with the Maharashtra Hybrid Seeds Company (Mahyco), the largest seed company in India. Two years later, the Indian government authorised the importation of a Bt cotton variety grown in the United States (Cocker 312, containing the india: the seeds of suicide 295 Cry1Ac gene) so that Mahyco technicians could crossbreed it with local hybrid varieties. In April 1998, Monsanto announced that it had acquired a 26 percent share in Mahyco and that it had set up a 50-50 joint venture with its Indian partner, Mahyco Monsanto Biotech (MMB), for the purpose of marketing future transgenic cotton seeds. At the same time, the Indian government authorized the company to conduct the first field trials of Bt cotto'. The purpose this quote is to give a direct connection to the Vidarbha region and the neglected (ing) case of farmers’ suicide. Farmer's suicide becomes an order of the day. Farmers’ suicides are still reporting from the area, and it becomes a non-political issue even at the time of election. This neglect and study tour has some connections. This connection should also be discussed with the growing market share of private companies in India’s seed market. The Table 1 gives an overall picture of government and private companies in seeds sector of the country.

The figure does not reflect the indigenous seed making of farmers and it emphasises the importance of the government sector. Recently Assocham assessed that, India’s seed industry is expected to grow by 53 per cent to Rs 10,700 crore by 2015. their assessment is based on the project on food security and the need of high yielding varieties of seeds (The economic times, August 23, 2014). Assocham's has the right to predict the market; however, government does have certain procedures to follow to allow any seed to distribute among the farmers. The section 7 of the Seeds Act, 1966, explains that, “No person shall, himself or by any other person on his behalf, carry on the business of selling, keeping for sale, offering to sell, bartering or otherwise supplying any seed of any notified kind or variety, unless-(a) such seed is identifiable as to its kind or variety;(b) such seed conforms to the minimum limits of germination and purity specified under clause (a) of section 6;(c) the container of such seed bears in the prescribed manner, the mark or label containing the correct particulars thereof, specified under clause (b) of section 6; and (d) he complies with such other requirements as may be prescribed. So, Seed Act is also a challenge ahead of private seeds market.

As mentioned before the major hurdles ahead of marketing any private seed companies’ products in India is the native and indigenous seeds. The saved seeds constitute 70 percent of the Indian seed market. This 70 percent saved seeds is the biggest threat to any private seed companies, and in fact Monsanto is more concerned about this biggest challenge. Apart from that the section seven of the seeds act, 1966 also put some restrictions in terms of regulation of seed marketing in the country. It is true the legal challenges have been set aside by the government itself. This is quite evident from the Vidharbha case. The matter of fact is that Monsanto is aimed at the indigenous and native seed market in the country. The future of their business depended on replacing such seeds with Monsanto seeds. This argument seems odd, while considering the market economy of the country; it is a fact that, farmers have the right to purchase seeds from any company, so it does not require any organised strategy to introduce seeds to them. The study tour of BJP MPs and government decision to give the green signal for Genetically Modified crops are mutually depended in great extend. In the US this study tour is considered as lobbying, unfortunately lobbying is illegal in India. Monsanto could overcome the illegality by giving a new name study tour. This could be read as lobbying in a different perspective. This lobbying in principle wants an expansion of Mahyco type collaboration to replace the saved seeds and indigenous seeds. It could be ended up with legislative reforms or knowledge sharing agreements.

Rhetoric of nationalism is getting genetically modified.

Mohammed Irshad is Assistant Professor at Jamsetji Tata Centre for Disaster Management, Tata Institute of Social Sciences, Mumbai.
He can be contacted at mohammedirshad31@gmail.com