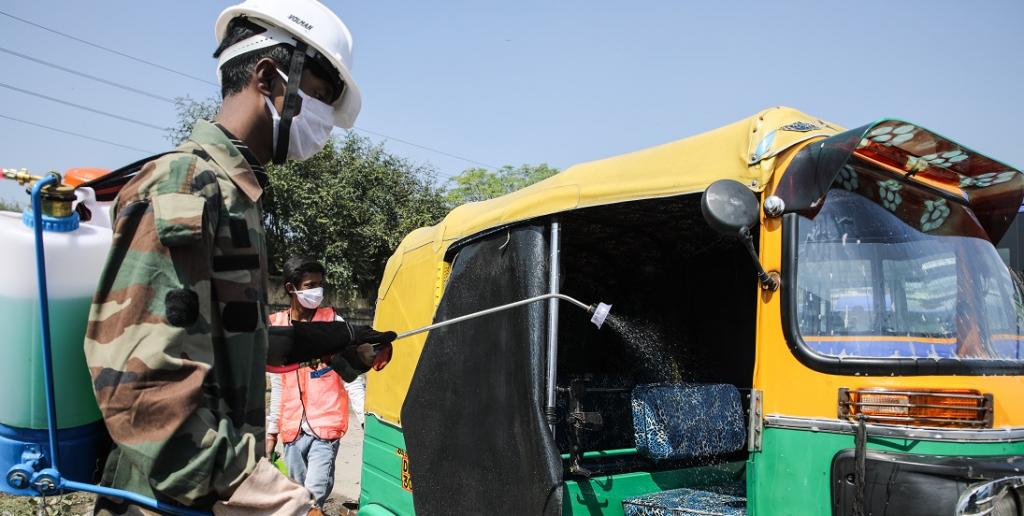 The increasing frequency of natural disasters, that include “biological disasters” like the current pandemic, will impact labour productivity adversely more than financial crises and wars, a World Bank report has said. Photo: Vikas Choudhary / CSE

The novel coronavirus disease (COVID-19) pandemic has severely impacted the labour market. But what worries most now is a predicted decline in labour productivity, or output per labourer.

This has a direct link to the per capita income of a worker. Moreover, economists fear that the future would not be very bright as the global economy was already in a decade-long decline phase in labour productivity since the global financial crisis of 2007-09.

However, as a recent report by the World Bank points out, more than financial crises and wars, the increasing frequency of natural disasters, that include “biological disasters” like the current pandemic, will impact labour productivity adversely in the immediate future.

The Bank’s report Global Productivity: Trends, Drivers, and Policies, considered to be the first of its kind to evaluate COVID-19’s impact on labour productivity, has compared the impacts of various adverse events like wars, conflicts and natural disasters.

According to the report conclusion, even though wars and conflicts might have severe impacts on labour and overall productivity, the number of climate disasters has increased so much that these have much more impact on labour markets and productivity than the former.

“While wars inflict particularly severe and long-lasting damage to both, capital and total factor productivity, the high frequency of climate disasters increases their importance as a source of damage to productivity,” the report says.

During 1960-2018, the number of natural disasters was 25 times that of wars, and 12 times that of financial crises like the 2008 one. Within the natural disaster category, climate-related disasters like cyclones and extreme weather events emerge as the most frequent one to strike the world and thus, the economy and labour productivity.

“After three years, severe climate disasters lower labour productivity by about seven per cent, mainly through weakened total factor productivity,” the evaluation says. “Severe disasters can also trigger other types of adverse events such as financial crises and wars, thus compounding the corrosive effects on productivity,” it adds.

Biological disasters like epidemics have caused severe reduction in labour productivity. In the last two decades, we have experienced four major epidemics — SARS, MERS, Ebola and Zika. These, going by the World Bank assessment, reduced labour productivity by four per cent even after three years of the episode.

In this historical context, the COVID-19 pandemic would have a much bigger impact on labour productivity. The current pandemic is the widest to hit.

It is estimated to reduce per capita incomes in 90 per cent of countries in 2020. “The COVID-19 pandemic may be significantly worse than most past disasters because of its global reach and the unprecedented social distancing and containment measures put in place to slow the spread of the virus,” the report said.