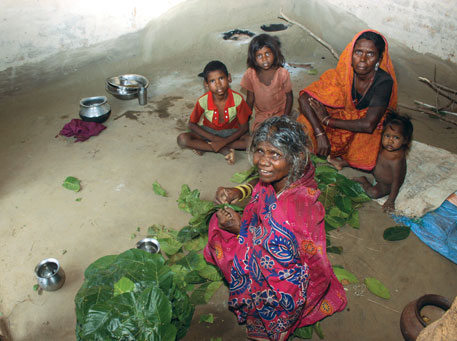 On the face of it, the release of India’s latest poverty estimate and the decision to create the 29th state, Telengana, seem to be two unrelated developments. The media and public dialogues also, though hyper on both developments, did not see any link between the two. The discussion over poverty mostly revolved around what one can buy with Rs 28/day decided as poverty line figure for rural areas. As far as Telengana is concerned, the focus was on how prominent the demand for small states has become. And, of course, some talk about how small states aid development. Ecological poverty, however, failed to find any mention in these discussions. This is how the debate on governance issues in India consistently fails to acknowledge the centrality of ecology.

To join the dots, most of the demands for new states come from areas that are rich in natural resources but high on poverty index. Of the 20 areas demanding state-status from the Union Ministry of Home Affairs, 15 have distinct socio-economic profiles. These areas predominantly depend on natural resources for sustenance. Or, one can say, they are biomass-based economies. Unlike immediately after Independence, now the demands for a separate state are not entirely based on linguistic or ethnic identities. Invariably, poor regions inside a state tend to demand separate administrative units, which could either be a separate state or a new district. Such regions, for years, have been citing regional development disparity as the main reason for their demand for a separate identity. It is a way of redrawing India’s ecological map—resource-rich areas do not want their assets to be used as raw materials for development elsewhere. But does having a separate state guarantee better access to local resources for communities? This is an important question because in such areas most of the poor depend on resources like forests and farms for survival.

Now, let’s look at the three small states created in 2001, when India last created new states after sustained demands. All the three—Chhattisgarh, Jharkhand and Uttarakhand—are rich in forest, water and land resources. Chhattisgarh and Jharkhand are suitable for analysing of whether new identities helped in better access to natural resources. This is because in both the states local ecology has been the economy of the impoverished and the two states together account for a significant proportion of India’s poor population. How have they performed in poverty alleviation as separate states?

The latest poverty estimate shows that despite a sharp drop in poverty, both the states have nearly double the poverty level of national average. Segregated data shows that tribal, forested and other mineral-rich districts contribute up to 70 per cent of the two states’ total poor. Chhattisgarh emerges as the country’s poorest state with around 40 per cent people below the poverty line. This is the same level of poverty that was reported before 2001 when the new states were created. This despite the fact that the state’s economic growth has been more than the national average. However, this is a pan Indian trend—states are reporting high economic growth but not a proportionate decline in poverty levels.

This brings into debate the ecological nature of India’s poverty. Current debates focus on impoverishment entirely as income poverty. Poverty in Chhattisgarh and Jharkhand or, for that matter, rural poverty in general, is ecological since poor depend on the environment for survival. According to various income surveys, close to 70 per cent earning of a poor person comes from ecological sources. In forested areas, forest products contribute 80 per cent of the local people’s income.

With the creation of new states in 2001, India had its first brush with ecological states. Many hoped that control over natural and ecological resources would help redefine the state of poverty in these states. Everybody believed that the new states would, at least, frame policies that reflect the ecological reality. In an anti-climax, both the states first declared industry policy to exploit the vast mineral resources and sold land at cheap rates as a bonus. This reflects in the current state of affairs in Chhattisgarh and Jharkhand. Just like before their formation, there is a sharp division within the new states: two warring groups are fighting over resources. The same old model of development continues. Naturally, the residents of resource-rich areas feel further marginalised. No surprise they continue to be poor.

This is where those euphoric over Telengana need to pause and review the past experiences. The debate over poverty line must get real and accept ecological poverty as the real poverty indicator.