Not a sweet deal 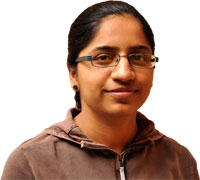 Fair and remunerative price for sugarcane: that was the agenda of discussion. The meeting was convened by the chairman of the Commission of Agricultural Costs and Prices that advises the government on price policy for major agricultural commodities.

People invited were sugarcane farmers, farm organisations and cane commissioners of various states. The meeting in the conference room of Krishi Bhawan was heralded by a power cut. If tempers had not been frayed over the fair and remunerative price (FRP) the government had fixed for sugar (at Rs 140 per quintal), the power cut would probably have gone unnoticed. “The present price, announced in April, is neither fair nor remunerative. It does not even take care of our cultivation costs. On what basis does the government determine FRP? They sit in these AC rooms and decide the price for a crop they don’t even know how to grow,” said Mehak Singh, a farmer leader from Uttar Pradesh (UP).

In November 2009, when the Union agriculture minister announced the introduction of FRP to be paid by sugar mill owners to farmers, he said the FRP would function as the base price for sugarcane but sugar mills could pay anything over and above it if they wanted. He also said that the farmers would have to forego their rights over mills’ profits since the FRP includes a margin of 45 per cent on account of profit and risk to the farmers engaged in producing sugarcane. Since the margin covers cost of transportation also, the farmer would no longer have the right to claim a share of the profits made by sugar mills as was the case when the statutory minimum price (SMP) regime was in force. Clause 5 (a) of the Sugarcane (control) order of 1966, which provided that sugar mills would share additional profits (with farmers), was deleted accordingly.

Of the few government meetings I have attended without flashing my press card, this was the first time I saw poetry, laughter, and anger, all on display at the same time; quite different from other meetings marked by bureaucratic discipline and decorum, and little output. “The government is planning to decontrol the sugar industry, why can’t they decontrol sugarcane prices? Let the farmer and the market decide what price to sell their crop at and whom to sell it to. Why am I bound to sell to the nearest mill owner (mills buy all the sugarcane grown within a 15 km radius)?” asked Kurubur Shanthakumar, president of Karnataka’s State Sugarcane Growers’ Association.

“The Farmers’ Commission headed by scientist MS Swaminathan had recommended that farmers should get 50 per cent more in addition to the cost price for their crop but that recommendation has been sidelined by the government,” said another farm leader from UP. “Here, in the ministry, things went awry when there was no power for a while. Does anybody know how we manage our fields without power?” asked
K P Tomar, former professor with the Indian Agricultural Research Institute. He now grows sugarcane in UP. “It takes Rs 350 per hour to irrigate the field with a diesel generator. A farmer has to wake up at 1am in the night to go the field if there is electricity and by the time he reaches there, the electricity goes off. That is our plight,” said Tomar.
The scales are tipped heavily in favour of sugar mill owners. “A sugar mill can never go into loss. Even this past year, when there was a sugar crisis, the mill owners ended up earning on by-products like bagasse, mollasses, co-generation and press mud for which they never pay us. The FRP does not include the cost of these by-products,” said a cane commissioner from Haryana. “Saraswati Sugar Mill in Haryana, one of the biggies in sugar industry, gave farmers Rs 17.77 per kg in 2007-08 and earned Rs 244  after a processing expenditure of Rs 206. So they earned Rs 38 per kg when only Rs 17 was given to the farmer. And this was at a time when the sugar industries claimed losses,” he said.

“Press mud (a waste) which came to us as organic fertilizer earlier is now sold to brick kilns to make profit. In 2004, when the industry saw profit in press mud, the government repealed the Press Mud Control order of 1959 which was even older than the 1966 Sugar Control order,” said a UP farmer.

Farmers were also angry over lack of research on sugarcane. “In Bihar, soil type is such that nitrogen leaches into it so the maximum sugar content that can be recovered from cane is just nine per cent. If we look at the research conducted in Coimbatore University, we realize how little research has been done in northern and eastern part of India. Since 1962, the year when four varieties of sugarcane were released, not a single variety has been released till date. Unless the variety benefits both farmer and mill owner, it will not be sustainable to continue sugarcane production,” said Bhola Nath Jha, a farmer from Bihar.

“Seventy per cent states fix their own state advisory price (SAP) and that is what cane farmers get. When the Central government announced the FRP last year, it also said that the difference between SAP and FRP would be paid by the state government to the farmers. If a state wanted to ensure good prices to their farmers, they were discouraged by this order and it resulted in all Uttarakhand farmers sustaining major losses. Only after a big protest, was this rule rolled back,” said a farm leader from Uttarakhand.

“FRP is a completely fictitious price decided with no basis at all. It was long ago that the issue came up when a small sugar mill called Mahalakshmi Sugar Mill, now in Uttarakhand, filed a case against the Central government saying the price they get for levy sugar (sugar supplied by mills to government at a lower price for the public distribution system) is low. After 10-15 years of the court case, the government introduced FRP for farmers. Industry never pays the farmers on time and though the 1966 order states that late payments should be made with interest, it has never been paid in UP till date. Apart from this, transportation and even labour are not covered by what the government calls fair and remunerative,” the UP farmer said. Irrigations costs have also increased. Groundwater level has gone down and boring a new pump also costs money, he added.

Sugar is not a commodity poor people can’t live without. In any case people these days die of sugar (diabetes). But if the government wants to make sugar available at a low price, why should it be at the cost of farmers. Unless a farmer gets price comparable to wheat or rice, he would not want to grow sugarcane. The sugar crisis that occurs every four to five years shows complete failure of the government, said a UP farmer.

A farmer from Maharashtra corroborated this. “Steep price fluctuation results in losses. I may invest more the next year if I get good profit this year. But then if prices plummet after the next crop, like it happened this year after the minister announced there would be a bumper crop, I end up incurring losses. So we demand that prices can be less but should be consistent,” he said.

Farmers from Punjab highlighted the problem of labour cost. “I spend Rs 35,000 per acre on growing sugarcane just because labour is very expensive. Sugarcane cultivation still cannot be done with machines. I will earn a little only if the FRP is about Rs 300,” said Baljinder Singh, a farmer from Hoshiarpur in Punjab.

Soon after this meeting, the Commission of Agricultural Costs and Prices was to meet the sugar industry leaders. I was not able to attend the second meeting but I am sure the usual bureaucratic discipline would have been maintained and all the anger of the morning forgotten.